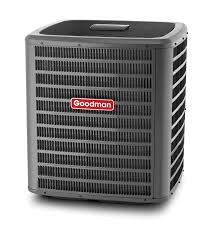 Is your air conditioning unit blowing a little defective hot air? Well, according to a class action lawsuit filed against Goodman Global, Inc., and certain affiliated companies, their central air conditioning units and heat pumps sold under the Goodman® and Amana® brands since 2007 are—defective that is. The bit that’s causing the alleged problems is the evaporator coil(s).

For those of us not intimately acquainted with the working innards of an air conditioning unit (most of us, I’m guessing) evaporator coils are generally located inside a consumer’s home and are essential to the proper functioning of any central air conditioning system or heat pump.

So–according to the lawsuit, Goodman and Amana central air conditioning and heat pump systems contain defective evaporator coils that improperly and prematurely leak refrigerant (a.k.a. Freon®). Oh that’s good. Not. The defect allegedly renders the systems inoperable because the cooling cycle will not work without refrigerant.

Although Goodman sells these units with a warranty, that warranty is limited in a way that provides insignificant protection to owners of the units. In particular, the Goodman warranty, by its terms, covers replacement parts, but not the labor costs associated with the replacement. According to the lawsuit, the result is that, when a defective evaporator coil fails, Goodman provides the owner with a replacement coil, but does not pay to have the old coil removed or the replacement coil installed. As alleged in the lawsuit, those labor costs typically run in the hundreds of dollars, and in some cases, thousands of dollars. Thus, in at least some instances, the owner is forced to spend as much or more to replace the defective evaporator coil as the cost to purchase a new Goodman unit.

The complaint also alleges that Goodman has known that its units sold since 2007 contained defective evaporator coils, but the company failed to inform consumers about the problem or issue a recall. Indeed, according to the lawsuit, Goodman continued to tout the quality of its air conditioning systems, claiming they were durable, dependable, and long lasting, even though it was aware that the defective evaporator coils would cause the units to fail prematurely and at rates far above the industry average.

The lead plaintiff in the case acquired his Goodman unit when he purchased his new house in September 2011. According to the lawsuit, in or about July 2013, after only one summer of use, the unit stopped cooling the plaintiff’s home. A service technician allegedly found that the unit was low on refrigerant and added four pounds of refrigerant, which immediately leaked out of the system. After observing this, the technician determined that the evaporator coil was leaking and needed to be replaced. According to the complaint, the service technician returned the old defective evaporator and replaced it with a new one, charging plaintiff approximately $650 for this service.

The civil action was filed on behalf of all consumers in North Carolina that purchased a central air conditioning unit or heat pump bearing the trade names Goodman® and Amana® from 2007 to the present.

GM—AGAIN! GM just cannot seem to get it right these days. No, this time it’s not the auto recalls…this week their loan re-financing subsidiary got hit with a class action lawsuit alleging violations of the Telephone Consumer Protection Act (TCPA).

Perez claims that by calling from an automatic telephone dialing system (ATDS), which can store or produce telephone numbers to be called using a random or sequential number generator, GM Financial violated the TCPA. Don’t you love technology?

According to the lawsuit, “Plaintiff has never provided any personal information, including her cellular telephone number, to defendant for any purpose. As such, neither defendant nor its agents were provided with prior express consent to place calls via its ATDS to plaintiff’s cellular telephone.”

So it was all corn after all… Kellogg’s, the maker of Kashi products, has agreed to a $5 million settlement, potentially ending a consumer fraud class action lawsuit that claimed Kashi’s labeling was misleading and fraudulent. Wait—don’t tell me—this stuff is so natural it makes Mother Nature look fraudulent—right?

Right. The Kashi lawsuit alleged that labeling on certain products used labels stating “All Natural” or “Nothing Artificial,” when in fact the products contain a variety of synthetic and artificial ingredients, such as pyridoxine hydrochloride, calcium pantothenate, hexane-processed soy ingredients, ascorbic acid, glycerin and sodium phosphate.

Under the terms of the settlement, Kellogg’s has also agreed to stop using the labels “All Natural” and “Nothing Artificial”. In a statement, Kellogg Co. said it stood by its advertising and labeling practices but that it would change its formulas or labels on Kashi products, nationally by the end of the year.

The settlement was filed May 2 in U.S. District Court in California and is subject to court approval.

Ok Folks—we’re done here—have a great weekend and we’ll see you at the bar!