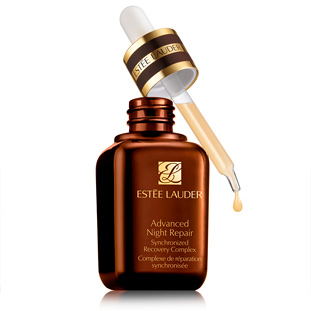 The Estee Lauder class action, entitled Donna Tomasino v. The Estee Lauder Cos. Inc., et al., Case No. 1:13-cv-04692, in the U.S. District Court for the Eastern District of New York, claims that Tomasino purchased Estee Lauder’s Advanced Night Repair Synchronized Recovery Complex and Advanced Night Repair Eye Synchronized Complex because of claims made by the company’s advertisements. However, Tomasino claims, there is no product testing to back up the alleged anti-aging claims.

“The clinical studies and other data that Estee Lauder represents as supportive of the claimed efficacy results are nothing more than a continuation of defendants’ misleading practices—each of the studies is designed to be used in the marketing materials to support the claimed efficacy and defendants know that consumers will not see the results these studies purportedly represent,” the lawsuit states.

Tomasino also alleges Estee Lauder created the claims in its advertising campaign for the Advanced Night Repair products even though the company knows the advertising claims are false. And, because EL is allegedly motivated by profit, it deliberately misleads its customers into believing that the products have anti-aging effects so that they will spend a higher price for the Advanced Night Repair line of products.

“In sum, Estee Lauder dupes consumers with false and misleading promises of product results based on purported scientific discoveries that it knows it cannot deliver. Estee Lauder does so with one goal in mind, reaping enormous profits at the expense of consumers,” the Estee Lauder skin cream class action lawsuit states.

If your wrinkles haven’t disappeared with the use of these products, you may be interested in signing up.

HP Communication Breakdown? Also in consumer fraud spotlight this week—Hewlett Packard. Apparently their wireless printers are not good at communicating with computers. Filed in California federal court by plaintiff Vincent Ferranti, the HP defective products lawsuit, entitled Vincent Ferranti v. Hewlett Packard Co., Case No. 5:13-cv-03847, alleges that Ferranti purchased two HP wireless printers, both of which were found to contain faulty receivers, which negatively affected the printers in that they were unable to maintain consistent connections with the computers.

Ferranti further alleges users of HP wireless printers are forced to plug the printer into a computer in order to print something. “The HP printers’ wireless connectivity intermittently stops working for no reason,” the class action lawsuit states.

The HP printer lawsuit names HP’s Officejet Pro 8500 and 8600 Wireless All-in-One printers as defective, and states that HP either knew or should have been aware of the connectivity issue on or before April 2009. Ferranti further alleges HP “actively concealed” the defect from consumers and continues to sell these printers without warning consumers “that the printer’s wireless function was defective and would fail with normal use.”

The lawsuit seeks to represent a class of thousands of consumers who purchased or leased the HP Officejet Pro 8500 or 8600 Wireless All-in-One printers.

Heads up NFL! (pardon the pun). A landmark settlement has been reached between 4,500 former football players, their families and the National Football League (NFL) this week, ending a deceptive business practices class action focusing on the impact of concussions on the brain.

“It’s been a struggle to get to this point, but today I will say I’m very proud that the NFL has decided to stand up for all the former players who are suffering from brain injuries,” Kevin Turner, a former NFL running back who has been diagnosed with ALS, said during a teleconference. “Today is so important for those who are…hurting. This will bring help for them today.”

The NFL concussion settlement, according to reports from CNN.com requires the NFL to pay $765 million to fund medical exams, concussion-related compensation, medical research for retired NFL players and their families, and litigation expenses.

The settlement, filed in US District Court in Philadelphia, is pending final court approval.

Former U.S. District Judge Layn Phillips, the mediator in the lawsuit, called the settlement “a historic agreement, one that will make sure that former NFL players who need and deserve compensation will receive it, and that will promote safety for players at all levels of football.”

“My hope is that any players or ex-players that are suffering, or begin to suffer, from symptoms of dementia, will be taken care of in a respectable manner through this settlement,” said Chris Dronett, one of the plaintiffs, whose husband Shane Dronett committed suicide in 2009 at age 38. Scientists found evidence of chronic traumatic encephalopathy, or CTE, in Shane’s brain after his death, CNN.com reported.

The lawsuit alleged that the NFL led a deliberate misinformation campaign—primarily through its Mild Traumatic Brain Injury Committee—to deny scientific data being presented in the medical community about health risks associated with concussion. And, the lawsuit claimed, that misinformation, trickled down to players so that they were unaware of the real nature of the risks they were taking while playing football.

Included in the settlement is the establishment of a $675 million fund to compensate players who have suffered brain injury, or their families; a maximum of $75 million for retired players’ medical exams, which could be used to diagnose future neurodegenerative disease; and $10 million devoted to research and education. The funds will be dispersed over the next 20 years.

Well done, and not a moment too soon.

Ok Folks, That’s all for this week. Enjoy that 3-day weekend and we’ll see you at the bar!