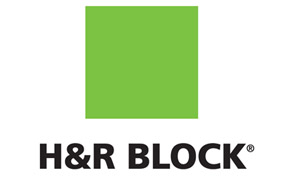 Just in Time for Taxes! Oops…talk about adding insult to injury…A consumer fraud class action lawsuit has been filed on behalf of individuals who allege that their tax refunds were delayed due a tax return error by H&R Block.

“These individuals trusted and paid H&R Block to file their tax returns accurately so they could receive their refunds as soon as possible,” said Jordan L. Chaikin, a partner with Parker Waichman LLP, one of the law firms representing the plaintiffs. “However, H&R Block has made an error that has delayed thousands of people from receiving their tax refunds on time. Furthermore, consumers paid this company under the promise of a 100 percent guarantee for their services, yet they have not been justly compensated for this error.”

According to the H&R Block lawsuit filing, the Defendants erroneously and negligently prepared Form 8863 included with 600,000 tax returns. As a result, the suit alleges, tax refunds have been delayed up to six weeks past when they would have been paid. The lawsuit alleges, among other things, that H&R Block has breached its contract. According to the allegations, H&R Block promised its customers a “100% Satisfaction Money Back Guarantee” which states that if the consumer is dissatisfied for any reason within 60 days, they are entitled to a refund for the full purchase price. Despite this promise, the lawsuit alleges, H&R Block has failed to offer compensation to the Plaintiffs or any putative class members for the error caused solely by the company and its subsidiaries.

The lawsuit points out that H&R Block has admitted to making an error on Form 8863 that has led to a delay in tax refunds. According to the Complaint, Form 8863 is used to claim tax credits for qualified expenses paid to post-secondary education institutions. According to the lawsuit’s allegations and a report in Kansas City Business Journal, H&R Block mistakenly left a mandatory field blank instead of answering “yes” or “no” for questions #22 through 26. The lawsuit alleges that the error had delayed tax returns of Plaintiffs and putative members beyond the 21 day turnaround represented by the Defendants.

The lawsuit was filed on March 29, 2013 in the U.S. District Court for the Northern District of Ohio, Eastern Division (Case No.1:13-cv-00698-CAB). H&R Block, Inc, HRB Tax Group, Inc. and HRB Technology LLC have been named as Defendants.

Property Appraisers at JP Morgan Chase are Chasing their Unpaid Overtime. California Appraisers in the commercial lending division of JP Morgan Chase have filed an unpaid overtime class and collective action lawsuit, seeking to recover millions of dollars in unpaid wages based on the financial services giant’s practice of misclassifying these employees as “exempt” from overtime pay, among other violations of California and federal law.

Chase’s “Production Appraisers” complete form valuations of commercial and multi-unit residential properties based on well-defined criteria, allowing Chase to issue loans and refinancing secured by the properties. Chase’s “Review Appraisers” then proofread the appraisals based on Chase’s criteria.

The lawsuit, filed in the Los Angeles-based U.S. District Court for the Central District of California, alleges that Appraisers have unlawfully been deprived of overtime pay and meal and rest period premiums, itemized wage statements and certain reimbursements required under California law. The Appraisers allege that they are subject to detailed standards and internal guidelines for the production and review of each appraisal, placing the Appraisers squarely outside of the so-called “white collar” exemptions to the Fair Labor Standards Act and California wage and hour protections.

The California overtime lawsuit, filed by Long Beach residents Kenneth Lee and Mark Thompson, seeks to represent approximately 150 appraisers, who were or are classed as Administrators. Go get’em!

Another large asbestos lawsuit settlement to report this week. A verdict was reached in March in the case of Michael Sutherland, a former drywaller diagnosed with mesothelioma, a cancer caused by asbestos. The Los Angeles Superior Court jury that heard the case returned its an asbestos verdict awarding $26.6 million to Michael and his wife Suszi.

Mike testified that he worked as a drywaller in northern San Diego County from 1967, while he was still attending Madison High School, through 1993—with frequent breaks for extended surfing trips to Hawaii and Mexico. He worked at countless residential and commercial jobsites during the construction “boom” that occurred in north county in the 1970s, the same time that cancer-causing asbestos was used in many construction products including joint compound, fire-rated drywall, caulk, stucco, roofing mastic and asbestos cement pipe.

“With all the trades working on top of each other trying to finish one job and move on to the next, it was always dusty,” Mike recalled, “It wasn’t until I became a lead maintenance mechanic at UC San Diego and attended a class on job safety in 2003 that I learned that so many of the materials used on the jobs back then contained asbestos.”

The Sutherlands’ case (LASC case # BC486980) was filed on June 20, 2012. Over 30 defendants were named in the case. Settlements were reached with a number of defendants prior to trial. Stucco manufacturer, Highland Stucco and Lime Products, Inc., the sole remaining defendant at trial, argued that other companies and even Mr. Sutherland himself were responsible for his exposure to asbestos. But the jury ultimately assessed blame on Highland for its role in subjecting Mr. Sutherland and other members of the public to its dangerous products.

“I was surprised to learn at trial just how much asbestos was in stucco,” Mike stated, “even though I rarely worked hands-on with the stuff, I was exposed to dust when the bags were dumped into large mixers and when we had to scrape off areas of over-spray that came into the homes through windows and doors.”

Mike is grateful for the jury’s award and for the hard work of his legal team, but would gladly trade it for the return of his health. Prior to his diagnosis in May 2012, Mike enjoyed his job at UCSD and had no plans of retiring. He also continued to indulge his life-long passion for surfing, hitting the waves on the iconic surf breaks of north county San Diego two or more times a week.