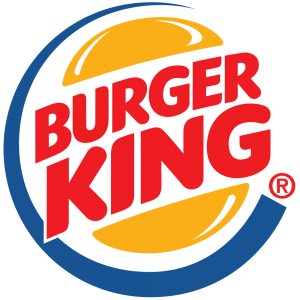 BK BOGO NOGO? Two for one costs more, according to the latest lawsuit to hit Burger King. This week, a consumer fraud class action lawsuit was filed by Koleta Anderson, who alleges the restaurant chain’s offer of Buy One Get One Free (BOGO) is misleading. She alleges that more than once she has paid more using a BOGO coupon to buy two Croissan’wiches than she paid for one. Maybe BK just can’t add? Yeah? No.

Anderson asserts in the proposed class action that the BOGO price was higher than the regular price. According to the lawsuit, at one Washington, D.C., Burger King Anderson paid $4.19 for two Croissan’wiches, using a BOGO coupon, but buying a single Croissan’wich at the same restaurant was just $1. She says she found similar discrepancies between the single price and the BOGO price at different Burger Kings in Maryland, Virginia, and Washington, D.C.

Typically, “Buy one, get one free” offers, which are not uncommon in the restaurant business, would imply that if a person buys one item for the regular price, they could normally expect to receive two of the items for the price of buying one. However, that is not the case, Anderson asserts.

“Burger King’s nationwide BOGO scheme is deceptive to reasonable consumers who expect that, when using a BOGO coupon at any retail store or restaurant, absent any exclusions or other terms and conditions, they will pay the same regular price for two identical Croissan’wiches as they would pay to purchase a single Croissan’wich,” the lawsuit states.

The Burger King class action lawsuit seeks to represent anybody who bought two Croissan’wiches using a BOGO coupon in Maryland, the District of Columbia, and Virginia.

Staying at an Intercontinental Hotel Costing you more than the Room Charge? The international hotel chain got hit with a data breach class action lawsuit this week, alleging it failed to protect customer data resulting in a credit and debit card hack in 2016. The hackers allegedly stole private and valuable customer information over several months in 2016.

Filed in federal court in Georgia, by lead plaintiff David Orr, the lawsuit alleges breach of implied contract, negligence and unjust enrichment. Orr claims the U.K.-based hotel chain, which has in excess of 5,000 hotels worldwide, failed to take adequate steps to prevent the installation of malware on its payment system and failed to detect the security breach.

“IHG’s security failures enabled the hackers to steal plaintiff’s and class members’ private Information from within IHG’s hotels and subsequently make unauthorized purchases on their credit and debit cards,” the IHG lawsuit states. “The failures also put plaintiff’s and class members’ financial information and interests at serious, immediate and ongoing risk and, additionally, caused costs and expenses to plaintiff and class members attributable to responding, identifying and correcting damages that were reasonably foreseeable as a result of IHG’s willful and negligent conduct.”

According to the complaint, Orr stayed at an IHG Holiday Inn in Biloxi, Mississippi in October, 2016. During his stay he used his debit card to pay for his hotel room. His debit card contained private information, which was exposed due to IHG’s inadequate security.

On February 3, IHG announced that 12 of its locations had been affected by the data hack. Then, in April the company expanded the number of affected locations to over 1,000 and sent a data breach notification letter to affected customers, the lawsuit states.

The lawsuit seeks to represent a class of all consumers who used their credit or debit cards and were affected by the security breach at a hotel and time identified by IHG between September 29 and December 29, 2016.

Do the VW Emissions Lawsuits ever end? For owners of VW 3.0 liter engines—they did this week. A US district judge hearing the Volkswagen AG emissions scandal lawsuits has said he will grant approval of a $1.2 billion settlement deal, effectively ending claims affecting VW’s 3.0-liter-engine vehicles.

The VW settlement is the latest in a series that total in excess of $17 billion. All the cases stem from the emission-cheating software installed in certain VW and Audi vehicles.

The settlement will involve 88,500 owners of VW 3.0-liter cars. Under the terms of a related consent decree with the US Department of Justice, the German automaker will pay $225 million to mitigate environmental effects of nitrogen oxide pollution.

This latest settlement follows the earlier $14.7 billion deal with owners of 2.0-liter vehicles reached in October 2016. That deal includes $2.7 billion for environmental remediation.

According to a statement issued by Department of Justice attorney Josh Van Eaton, who represented the US Environmental Protection Agency in the lawsuits, the consumer settlements of the VW emissions scandal is “the largest civil penalty ever under the Clean Air Act.”

The case is In re: Volkswagen “Clean Diesel” Marketing, Sales Practices and Product Liability Litigation, case number 3:15-md-02672, in the US District Court for the Northern District of California.