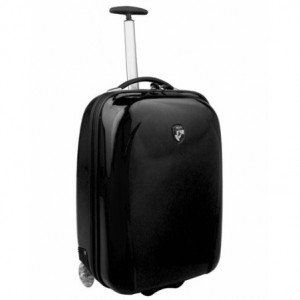 And you thought you were getting a hotel deal? Consumers (that would be you and me) have filed an antitrust class action lawsuit against several online travel sites including Expedia, Inc, Travelocity, Booking.com, a subsidiary of Priceline.com, and the nation’s largest hotel operators including Hilton Hotel, Sheraton Hotels and Resorts, a subsidiary of Starwood Hotels and Resorts Worldwide, and Marriott International, Inc, claiming the two groups conspired to use their market dominance to fix prices on hotel rooms across the country.

The complaint contends that the defendants’ unlawful conduct caused plaintiffs and other class members to overpay for their purchases of room reservations and seeks to represent all consumers who have purchased hotel rooms from the online retailer defendants.

According to the complaint, online travel sites account for as much as 50 percent of hotel bookings in the United States and traditionally operate under one of two models. Under the agency model, online retailers charge a service fee to a hotel operator on a transaction basis for booking customers, and that customer pays the hotel directly at a rate set by the hotel.

Under the merchant model, online retailers purchase rooms outright at a negotiated rate from the hotel, and then resell the rooms to consumers at a higher price, increasing or decreasing margins depending on competitive influences.

Knowing hotels cannot afford to lose access to online distribution networks, online retailers allegedly devised an illegal scheme, extracting agreements from the hotels that online retailers may not sell rooms below the RPM rates—even through the wholesale model—on penalty of termination and as a condition of doing business through the online retailers, the lawsuit contends.

The complaint states that the online retailer defendants often use terms like “best price guarantee” to create the impression of a competitive market, but in truth these are nothing more than a cover for the price-fixing conspiracy. The suit alleges that the defendants’ activities violate both the federal antitrust laws, as well as California’s Cartwright Act.

Nebraska resident Pamela Trewhitt filed the Parkay lawsuit claiming that ConAgra falsely marketed the butter substitute as “fat-free” and “calorie-free,” even though it contains 832 calories and 93 grams of fat per 8-oz bottle. The lawsuit also claims that the nutrition information on the label underestimates the amount of fat and calories in the products by using artificially small serving sizes of one to five sprays.

“Defendant knew or should have known that its product was mislabeled and engendered confusion among consumers,” the lawsuit states. It cites numerous Internet complaints about the spray by consumers who couldn’t figure out why they weren’t losing weight until they discovered that Parkay Spray was the culprit. “I was literally taking the top of the ‘fat and calorie free butter’ spray and pouring it on my carefully steamed veggies when I found out that a bottle of that stuff is 90 fat grams. I was going through two bottles a week, and working out and getting fat and unhealthy,” one plaintiff alleges.

The Parkay lawsuit accuses ConAgra Foods of violating the Nebraska Consumer Protection Act, intentional and negligent misrepresentation, reaping ill-gotten profits, and fraud. Plaintiffs are seeking more than $5 million in damages as well as an injunction barring ConAgra from labeling Parkay Spray as fat-free and calorie-free.

Now here’s a happy ending…Workers employed at an Oregon call center by Affiliated Computer Services Inc, have won a $4.5 million settlement in a wage and hour class action lawsuit. The lawsuit alleged the employees were not properly paid all minimum and overtime wages for all the hours they worked.

Filed in 2009, the lawsuit, entitled Bell, et al. v. Affiliated Computer Services, claims that ACS violated federal and state wage and overtime laws by failing to pay employees for all hours worked, all overtime hours and failing to timely pay final wages to employees at the end of employment.

Eligible class members of the ACS settlement include all employees of ACS who worked as a phone agent or representative in an Oregon call center for the “Retail, Travel, and Insurance,” “BPS,” or “Telecommunication and technology” business groups from April 2, 2005 through April 25, 2012.

The settlement has three classes, under which members may make a claim. They are:

Subclass A: Class Members who were employed by ACS in Oregon as of April 25, 2012 will receive a Settlement Award in the maximum amount of $125, not to exceed 2,000 individuals.

Subclass B: Class Members who were employed by ACS in Oregon and whose employment ended at any time between November 6, 2006 and April 24, 2012 will receive a Settlement Award in the maximum amount of $260, not to exceed 13,000 individuals.

Subclass C: Class Members who were employed by ACS and whose employment ended at any time between April 2, 2005 and November 5, 2006 will receive a Settlement Award in the maximum amount of $50, not to exceed 5,000 individuals.

In order to receive a Settlement Award from the ACS settlement class members must submit a valid Claim Form to the Settlement Administrator postmarked or faxed on or before September 1, 2012. Claim Forms have been mailed to Class Members.

Ok—that’s it for this week—see you at the pool bar!

Allegedly, the Defendants deceptively used an offer for a pre-approved Pearl Card® Gold MasterCard® to collect or receive payment for an alleged debt, when in fact the offer was a collection letter. Oops.

The lawsuit alleges multiple violations of the Fair Debt Collection Practices Act and the Texas Finance Code. According to court documents Plaintiff Mark Myers received a mailed communication on July 12, 2010 with an offer from NCO Financial Services and GFS Financial Solutions that stated in bold print at the top, “Transfer your debt to a Pre-Approved+ MasterCard®!”

The average consumer receives numerous credit card offers in the mail each month and may have perceived this offer, which was an attempt to collect a debt on behalf of the defendants, as a typical credit card application/offer, or junk mail and tossed it in the trash, and in the process, thrown away a communication that triggered specific rights under the Fair Debt Collection Practices Act.

Part and parcel of the FDCPA’s rights afforded to a debtor is what is commonly referred to as the “Mini-Miranda Warning”, a statement that identifies the name of the debt collector, the company they represent, and advises the debtor of his/her right to validate and dispute an alleged debt within 30 days. The Fair Debt Collection Practices Act mandates that each time a debtor is contacted by a debt collector via written communication, the “Mini-Miranda Warning” must be provided.

The complaint alleges that the communication received by Plaintiff Myers and others did not clearly display the “Mini-Miranda Warning” in its entirety where it could easily be viewed and read. This important information advising a debtor of his/her rights, appeared on the reverse side of the offer and thus could easily have been missed or overlooked and was overshadowed by the voluminous amount of fine print that has become standard in most credit card offers. A signature confirming acceptance of this new Pearl Card® Gold MasterCard® offer would validate the amount of the alleged debt and restart the clock on the statute of limitations, which may have already expired, unbeknownst to the debtor. By signing and agreeing to proceed with the credit card offer, the debtor has now waived his rights to validate and/or dispute the alleged debt.

The complaint also alleges that Defendant WebBank allowed GFS and NCO the use of its Utah banking charter for the credit card offer, though WebBank was not actually a party to the collection efforts. The communication itself states “GFS is not affiliated with WebBank…..” The Utah banking charter allows GFS and NCO, through alleged partnership, the opportunity to use Utah’s laws which allow for no caps on interest rates and fees for all 50 states other than what competition dictates, in the MasterCard® offer.

Julia Reese, a life-long smoker, was diagnosed with COPD and cancer at the age of 82. She required a full laryngectomy as treatment for her cancer.

Her story goes that she began smoking RJ Reynolds Tobacco Co. brand cigarettes when she was 10 years old and became addicted. Although she allegedly tried to quit smoking several times she was unsuccessful (what smoker doesn’t know how that works?), and still smokes despite her health status.

Plaintiff has entered into a (the “Settlement”). The settlement creates a fund in excess of $6.8 million to pay class members, costs of suit, attorneys’ fees and class representative incentive awards.

FYI—if you held (as of September 1999) one or more fax numbers on the list used to send the facsimile advertisement, you may be entitled to receive money pursuant to the settlement or, if the settlement is not approved by the Court, through continued litigation in the case. You could potentially receive as much as $500 per facsimile number that you held from the settlement.