A wrap-up of the week’s top class action lawsuits and lawsuit settlements, for the week ending December 9, 2011. 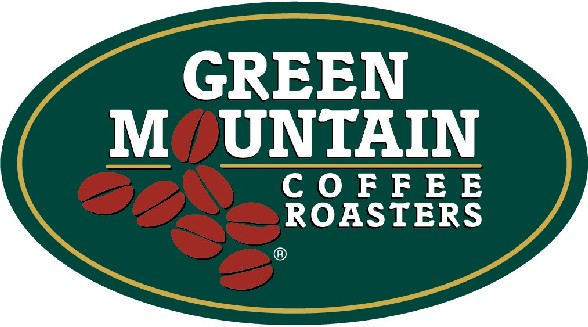 Seems Green Mountain may have been Roasting More Than Coffee. The company got hit with a securities class action lawsuit this week alleging it has been cooking the books.

The class action is brought against GMCR, certain of its officers and directors, and the underwriters of the Offering for violations of the Securities Act of 1933 and the Securities Exchange Act of 1934. GMCR, based in Waterbury, Vermont, is a leader in the specialty coffee and coffee maker businesses.

FYI—GMCR produces coffee, tea and hot cocoa from its family of brands, including Tully’s Coffee(R), and manufactures the popular Keurig single-cup brewing systems that use “K-Cup” portion packs.

The lawsuit alleges that, during the Class Period, certain defendants systematically and strategically manipulated GMCR’s revenues. To do so, defendants used one of GMCR’s key fulfillment vendors, M. Block & Sons (“MBlock”), as a captive warehouse to harbor expired, excessively manufactured, or otherwise unsold product. Pursuant to the fraudulent scheme, GMCR improperly booked revenues associated with falsified sales orders for hundreds of millions of dollars in K-Cup and Keurig Brewer products, which resulted in the material overstatement of the Company’s profits, inventory, and product demand levels. GMCR also fraudulently overstated its assets in proportion to its fictitious revenues by carrying the proceeds of phantom sales as assets on its balance sheet throughout the Class Period.

On October 17, 2011, David Einhorn, a prominent activist investor, released a comprehensive report, including witness testimonials by former GMCR and MBlock employees, disclosing GMCR’s misconduct and questionable relationship with MBlock. Following the release of the report, the price of GMCR shares fell approximately 10% from its closing price of $92.09 on October 14, 2011 to close at $82.50 on October 17, 2011, the next trading day, on unusually heavy trading volume.

Finally, on November 9, 2011, GMCR announced disappointing earnings results and skyrocketing inventory. On this news, GMCR shares dropped 40%, from a close of $67.02 on November 9 to a close of $40.89 on November 10, 2011, on extremely heavy trading volume.

The securities lawsuit has been brought on behalf of purchasers of the common stock of Green Mountain Coffee Roasters, Inc. (“GMCR” or the “Company”) between February 2, 2011 and November 9, 2011, inclusive (the “Class Period”), including purchasers of GMCR’s common stock pursuant and/or traceable to the Company’s public offering on or around May 5, 2011 (the “Offering”).

HRT Breast Cancer Settlement. This one was all over the news this week. Three women who filed lawsuits against Wyeth Pharmaceuticals and Pharmacia Upjohn alleging that their diagnoses of breast cancer were directly attributable to their use of Hormone Replacement Therapy (HRT) drugs, were awarded $72.6 million by a jury in Philadelphia hearing their consolidated lawsuit. The jury awarded $20 million to Ms. Elfont, $27.85 million to Ms. Kalenkoski and $24.75 million to Ms. Mulderig, according to the plaintiffs’ attorneys.

The three women filed individual lawsuits in July 2004 against Wyeth Pharmaceuticals and Pharmacia Upjohn, both of which have since been acquired by Pfizer.

According to a Bloomberg News report, Pfizer’s Wyeth and Upjohn units have lost 10 out of the 18 hormone therapy cases against them in civil court trials since 2006. Earlier this year Pfizer announced it had settled a third of the pending Prempro cases, it had set aside $772 for related claims, Bloomberg reported.

Another Bank Biggie this Week… Bank of America (BofA) agreed a $315 million settlement in a securities fraud class action lawsuit that alleged the bank was misled about mortgage-backed investments sold by its Merrill Lynch unit. The settlement needs court approval in order to fly–and guess who’s making that decision? US District Judge Jed Rakoff–so all bets are off that this one get’s approved…

Ok – That’s enough for this week. See you at the bar.