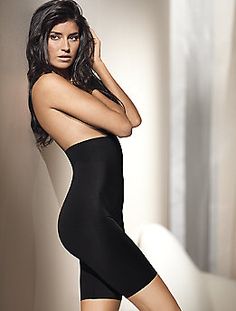 Fat-Busting Shapewear…Busted? All I can say is DAMN! A federal consumer fraud class action lawsuit has been filed against Wacoal America Inc. and Maidenform Brands, Inc. over allegedly deceptive marketing claims the Defendants made regarding the purported slimming benefits of the Novarel Slim Fabric used in “Novarel Slim iPant” and “Flexees” brand shapewear. Hope on a hanger it’s allegedly not! Damn, damn, damn!

The Novarel and Flexees class action lawsuit, which was filed in US District Court for the Eastern District of New York on November 5, 2013, seeks class action status for all persons who paid, in whole or in part, for shapewear constructed with Novarel Slim fabric and manufactured, marketed or sold by Wacoal or Maidenform for personal, family or household uses. (Case No. 2:13-cv-06122).

According to the class action lawsuit, the Defendants claim that Novarel Slim Fabric, manufactured by Nurel SA, contains ingredients that can be absorbed by the body and permanently change the wearer’s skin tone and body shape. These ingredients include embedded microcapsules containing caffeine to promote fat destruction, vitamin E to prevent the effects of aging, ceramides to restore and maintain the skin’s smoothness, and retinol and aloe vera to moisturize and increase the firmness of the skin. Specifically, Wacoal American and Maidenform promise that use of Novarel Slim iPant and Flexees products will result in fat destruction and reduce the appearance of cellulite (see video below…). According to the complaint, the companies charge up to 50 percent more for shapewear products that contain the Noveral fabric compared to the cost of comparable shapewear that does not purport to contain these ingredients.

The Novarel and Flexees class action lawsuit alleges that the claims used by Wacoal and Maidenform to market Novarel Slim iPant and Flexees shapewear are deceptive and misleading. Among other things, Plaintiffs point to research from the Mayo Clinic, which found that cellulite cannot be “cured” with topical applications.

The lawsuit claims violations of the New Jersey Consumer Fraud Act, breach of express warranties and unjust enrichment. It seeks, among other things, restitution for the amount of money Class Members spent to purchase Novarel Slim iPant and Flexees garments.

What’s in your Air Conditioner? If it’s a Lennox Air Conditioning unit—you may not be surprised to learn there’s something defective in it. The company is facing a defective products class action lawsuit alleging its air conditioning units are susceptible to formicary corrosion as a result of the deficient materials used in the manufacture of its coils. The Lennox air conditioner lawsuit further alleges that Lennox has not informed its customers of the defect, even when it is called to replace failed coils in existing units. This conduct, the lawsuit claims, means that customers are unable to make informed decisions regarding the purchase of a Lennox Air Conditioner.

Formicary corrosion—in case you were wondering—is a particularly insidious defect in an evaporator coil because the resultant leakage is difficult to detect, and usually results in consumers being forced to repeatedly refill their air conditioners with Freon, often at significant cost, which only works to mask the defect for a period of time, until the leak is detected and the coil needs to be replaced.

Lennox Coils are allegedly defective because they are manufactured with materials that, within the industry, are well known to be prone to formicary corrosion, which makes the Lennox Coils unreasonably susceptible to premature rupture and refrigerant leaks under normal use and conditions.

The federal class action, filed by Plaintiff Robert Thomas, of Illinois, is brought on behalf of the following nationwide consumer classes (the “Classes”):

All persons residing in the United States who purchased a Lennox AC containing a Lennox Coil, primarily for personal, family, or household purposes.

All persons residing in the United States who purchased a Lennox AC containing a Lennox Coil, primarily for personal, family, or household purposes, and who paid to replace a Lennox AC evaporator coil. The lawsuit also seeks to represent a subclass defined as all members of the Classes who reside in Illinois.

It’s a Blockbuster Drug! (of sorts…) Fitting though, considering the players. Global health care giant Johnson & Johnson (J&J) and its subsidiaries will pay more than $2.2 billion in a Qui Tam (whistleblower) investigation. The settlement will resolve criminal and civil liability arising from allegations relating to the prescription drugs Risperdal, Invega and Natrecor, including promotion for uses not approved as safe and effective by the Food and Drug Administration (FDA) and payment of kickbacks to physicians and to the nation’s largest long-term care pharmacy provider. Got all that?

Officially—the Risperdal settlement whose “…global resolution is one of the largest health care fraud settlements in U.S. history, including criminal fines and forfeiture totaling $485 million and civil settlements with the federal government and states totaling $1.72 billion.” (source: US Dept of Justice).

The resolution includes criminal fines and forfeiture for violations of the law and civil settlements based on the False Claims Act arising out of multiple investigations of the company and its subsidiaries.

Here’s the skinny from the DOJ:

In a criminal information filed today in the Eastern District of Pennsylvania, the government charged that, from March 3, 2002, through December 31, 2003, Janssen Pharmaceuticals Inc., a J&J subsidiary, introduced the antipsychotic drug Risperdal into interstate commerce for an unapproved use, rendering the product misbranded. For most of this time period, Risperdal was approved only to treat schizophrenia. The information alleges that Janssen’s sales representatives promoted Risperdal to physicians and other prescribers who treated elderly dementia patients by urging the prescribers to use Risperdal to treat symptoms such as anxiety, agitation, depression, hostility and confusion.

The information alleges that the company created written sales aids for use by Janssen’s ElderCare sales force that emphasized symptoms and minimized any mention of the FDA-approved use, treatment of schizophrenia. The company also provided incentives for off-label promotion and intended use by basing sales representatives’ bonuses on total sales of Risperdal in their sales areas, not just sales for FDA-approved uses.

In a plea agreement resolving these charges, Janssen admitted that it promoted Risperdal to health care providers for treatment of psychotic symptoms and associated behavioral disturbances exhibited by elderly, non-schizophrenic dementia patients. Under the terms of the plea agreement, Janssen will pay a total of $400 million, including a criminal fine of $334 million and forfeiture of $66 million. Janssen’s guilty plea will not be final until accepted by the U.S. District Court.

So, enquiring minds want to know how many people were prescribed this drug when they didn’t actually need it…

Ok Folks, That’s all for this week. In advance of Monday—Here’s to our Veterans – THANK YOU. And have a good weekend!