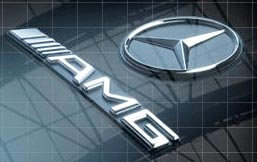 Engine Trouble for Mercedes-Benz? Well, last week we reported on a proposed settlement between Mercedes Benz and some unhappy customers who allege consumer fraud over Mercedes Benz USA failing to inform buyers of its luxury vehicles with analog Tele Aid communication systems that the company planned to phase out the analogue emergency communications systems altogether on its models from 2003-2006.

This week, Mercedes Benz is back on the books with a defective product class action. The allegations? Premature wear taking place with its M156 engines, specifically the cam shafts. The suit alleges that the premature wear in the M156 V8 (63 AMG) engine leads to engine problems and in some instances engine failure.

The lawsuit states that the camshafts used are made of cast nodular iron but the valve lifters used are made of 9310 grade steel, and that the combination of these metals as designed is contributing to premature wear of the M156 motors. The suit alleges that Mercedes and AMG (Aufrecht Melcher Grossaspach), a division of Mercedes that sells the high-end M156 have known about this issue since 2007. According to the lawsuit, the luxury vehicles sell for between $60K and $200K. OK, for that kind of money I would not be expecting engine problems – ever.

Libby Montana Asbestos Settlement. This is a biggy and a long time in coming…long-suffering, potentially terminally ill residents of Libby, Montana, suffering from asbestos-related illnesses including asbestosis and mesothelioma have been awarded a $43 million settlement by a judge in that state. The people were made ill as a result of their exposure to asbestos from the infamous W.R. Grace asbestos mine in Libby, Montana. Reports indicate that a large part of the settlement will be paid by Warren Buffett’s Berkshire Hathaway.

The settlement resolves a lawsuit filed against the state and the mine by former miners and their families who accused the state of failing to properly oversee the mine or warn workers of dangers there. Miners had originally sued W.R. Grace but after the company filed for Chapter 11 bankruptcy in 2001, they sued the state for failing to adequately protect them, court documents state.

Some 1,400 people are expected to receive payouts from the settlement, which was approved September 8, by Montana District Court Judge Jeffrey M. Sherlock, ending ten years of legal wrangling. However, while the settlement ends numerous cases and claims against Montana it “expressly reserves their claims against all other responsible parties,” according to the agreement.

Many of the people who suffered asbestos exposure from the Libby mine are now over the age of 65, and others have since died of asbestos-related diseases such as asbestosis and cancers such as mesothelioma, records show. It may be a good ending but it’s certainly not a good story.

Snap, Crackle…Pop! Goes the Immunity Claim… Ok—hands up—how many of you actually believe a breakfast cereal could boost your immune system? Really.

But no matter, as long as the claim is made…

Kellogg, finding itself in a position of having to defend such a claim, to a potential class of consumers who filed a consumer fraud lawsuit, has proposed a settlement… cheaper than going to court after all.

In a nutshell, the lawsuit claims the Kellogg Company falsely advertised that Rice Krispies cereal and Cocoa Krispies cereal supported a person’s immunity system despite not having competent clinical evidence to support the claim. Now there’s a surprise.

So—if you purchased Kellogg’s Rice Krispies Cereal or Cocoa Krispies Cereal between June 1, 2009 and March 1, 2010, you may be entitled to a cash refund from a class action settlement.

The only way to get a cash refund: Claim Forms must either be submitted online or postmarked by November 16, 2011. If you wish, you can get out of the lawsuits and the settlement. Get no cash refund. If you wanted to exclude yourself, you must have sent an request postmarked no later than July 30, 2011. The deadline to file an objection to the settlement was July 25, 2011. If you do nothing, you will get no cash refund. However, any leftover money will be donated to one or more charities.

OK. That’s it for this week. See you at the Bar. (I’ve been told a Bloody Mary is also good for the immune system…)