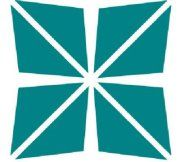 Doctor Who? A medical malpractice class action lawsuit has been filed against Dimensions Health Corp., alleging it allowed a former OB-GYN, who obtained his medical license fraudulently using a false Social Security number, to perform hundreds of deliveries and emergency cesarean sections.

The lawsuit was filed by named plaintiffs Monique Russell and Jasmine Riggins, who assert they had unplanned emergency C-sections performed by Oluwafemi Charles Igberase who obtained medical privileges at Dimensions in Prince George’s County under a false identity.

According to the lawsuit, over the course of roughly four years, Igberase saw at least 1,000 patients and performed at least 500 C-sections. However, in 2016 he pled guilty to using a fraudulent Social Security number to obtain his medical license from the state of Maryland.

According to the complaint, Dimensions is responsible for patient safety and should have been able to discover and report any misconduct among its doctors, and that it was negligent in credentialing Igberase and letting him practice.

“Dimensions breached its common law duties and the applicable standards of medical practice on an ongoing basis by negligently failing to investigate, credential, qualify, select, monitor and supervise its medical personnel and to discover, stop and report Oluwafemi Charles Igberase,” the complaint states.

According to the complaint, the plaintiffs have suffered physical pain, emotional anguish, fear, anxiety, embarrassment and other emotional injures as a result of Dimension’s alleged violations of the standards of care.

Further, the plaintiffs assert that Dimensions only terminated Igberase shortly after the criminal proceedings at federal court. In 2016, Igberase was sentenced to six months in prison and three years of supervised release, according to March court records.

The civil lawsuit brings a claim for negligent and grossly negligent hiring, retention, supervision, selection, qualification and credentialing. Additionally, it brings claims for invasion of privacy, stating Igberase “intruded upon the solitude, seclusion or private affairs and concerns of named plaintiffs and class members by viewing private areas of each patient’s body, performing medical procedures on each patient, inserting his extremities inside each patient, performing surgical procedures on patients and other boundary violations all without authorization or consent.”

The lawsuit seeks to represent a class of patients examined or treated by Igberase and a subclass of anyone on whom he performed a C-section.  The case is Russell et al. v. Dimensions Health Corp., case number 8:17-cv-03106, in the U.S. District Court of Maryland.

Settlement for school bus stop injuries. Negligence leading to personal injury and finally, a settlement. A $36.1 million settlement has been awarded to the family of a young girl who was hit by a car while attempting to catch her school bus. The accident left her with severe injuries including fractures to her neck, arm, leg and pelvis, and a permanent traumatic brain injury that requires she is cared for by a licensed vocational nurse (LVN) 24 hours a day, seven days a week for the rest of her life.

On the morning of October 3, 2012, then six-year old Isabella Escamilla Sanchez, attempted to cross 9th street mid-block to get to the bus stop where her school bus was en route to Bonnie Oehl Elementary School. While attempting to cross the road, the driver of a Subaru Impreza struck her.

In filing their lawsuit, Isabella’s family named Durham School Services as a defendant for failing to report and prevent mid-street crossings, which is a blatant violation of their own policies and procedures. The family’s attorneys showed that it was a common practice for parents and students to cross 9th street mid-block directly in front of the Durham bus driver.

The family also argued that had the bus driver warned parents and students about the dangers of attempting to cross the street mid-block, this tragedy could have been prevented. During the trial, all the parents with children at the same bus stop testified that they never used the controlled intersection near the stop because they didn’t realize the danger and always crossed in the middle of the block.

Additionally, the parents stated that crossing mid street was common practice and that they did so in plain view of the Durham bus drivers who never took steps to prevent this behavior. The San Bernardino School District’s transportation director stated at trial that the drivers are the “eyes and ears for the school district” and that the district relies on drivers to report dangerous conditions at bus stops including unsafe mid-block crossings.

And the deal lumbers on… A $36 million settlement deal has been reached between Lumber Liquidators (LL) and two classes of consumers, potentially ending multidistrict litigation alleging LL manufactured and sold defective and hazardous laminate flooring.

According to litigation, one class alleged that the durability of the wood was not what not up to grade advertised, while the other class claimed the wood contained levels of formaldehyde beyond the legal standard.

According to the terms of the proposed deal, LL will pay $22 million in cash and another $14 million as in-store credit.

Class members include all persons who purchased Chinese-manufactured laminate flooring sold by LL between January 2009 and May 2015. They will be eligible for cash or vouchers, according to LL. 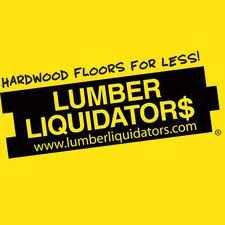