Carnival gets sued, Toyota pays up, and Merrill Lynch settles in this week’s edition of Week Adjourned–the weekly wrap of top class action lawsuits and settlements for the week ending February 22, 2013. 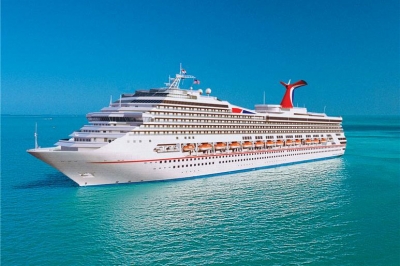 “The Fun Ships?” Fun for who? While everyone jokes about the trip from hell—who hasn’t had a bad holiday experience—this time it really happened. So bring on the lawsuits. Possibly the first class action out the gate was filed against Carnival this week, by Miami based maritime law firm Lipcon, Margulies, Alsina & Winkleman, PA. on behalf of passengers who were onboard the Carnival Triumph.

According to the Carnival class action lawsuit, the conditions Carnival Triumph passengers were subjected to onboard after the vessel was impaled from a fire were hazardous to their health. I would have said that was putting it mildly?

Michael A. Winkleman, an experienced maritime lawyer with the Lipcon firm, discussed the fire onboard the Triumph on a recent interview on Fox Network’s ‘Fox & Friends’, detailing the conditions passengers had to suffer through. Mr. Winkleman also appeared on the network’s ‘America Live with Megyn Kelly’, ‘Justice with Judge Jeanine’ and ‘The O’Reilly Factor’ shows. Lipcon’s Jason R. Margulies was interviewed by CNN regarding the situation.

According to the firm, cruise lines are responsible for the safety of everyone on board, including passengers and crew members, which entails making sure illness and disease don’t spread among those aboard a vessel. When an incident onboard a cruise vessel or a boat accident does take place, whether it is a medical complication resulting from disease, an injury related to a slip and fall, or a passenger going overboard, the line may be found at least partially responsible for any injuries or fatalities.

Apart from the shipboard conditions caused by the cruise ship fire, Lipcon also points out that Carnival’s decision to tow the Triumph to Mobile, instead of the closer port of Progreso, Mexico, caused passengers to endure more time onboard the disabled vessel than was necessary, prolonging their exposure to disease, accidents and trauma.

Attorney Margulies said “an evacuation in Progreso would have allowed Carnival to contain its passengers’ suffering and would have enabled Carnival, from civilization, to systematically coordinate the passengers’ transport back to the United States.” Maritime lawyer Margulies further stated that “If investigations uncover that either the fire itself or the delay in docking may have contributed to any illnesses or injuries onboard the Carnival Triumph, this can be considered a violation of passenger safety.”

Unfortunately, some cruise lines, including Carnival, have stipulations on their ticket contracts that make it difficult for passengers and crewmembers to obtain their rightful benefits, including medical care and money damages. Because Carnival in particular is not a U.S. corporation, Mr. Winkleman explained to Fox News that the line is “not subject to U.S. taxes or labor laws,” a factor which prevents victims from making a full recovery following cruise ship accidents and injuries.

Although Carnival released a statement on its website explaining Triumph passengers will be compensated with a “full refund of the cruise and transportation expenses, a future cruise credit equal to the amount paid for the voyage, reimbursement of all shipboard purchases made during the voyage, with the exception of casino, gift shop and artwork purchases, and further compensation of $500 per person,” Mr. Winkleman said passengers do not have to settle for this meager compensation and that the firm has found sufficient evidence providing grounds for Triumph victims to file a proposed class action lawsuit against Carnival.

My question—what about the crew—conditions would have been just as bad for them—if not worse? Can they sue?

Merrill Lynch OT Settlement. Former and current Merrill Lynch employees will be celebrating this week, after having an agreement on a $12 million settlement in their unpaid overtime class action. The Merrill Lynch lawsuit was brought by employees who provided support services to brokers, and still has to receive final court approval—but it looks destined for a happy ending.

I would imagine support staff to brokers in banks and financial institutions the world over could relate to claims in this lawsuit. Filed in June 2011, The unpaid overtime class action alleges Merrill Lynch client associates were paid overtime based on an incorrect and low regular rate of pay and that Merrill failed to properly record and account for all overtime hours they worked. Client associates typically handle paperwork for brokers, and some can assist with order entries.

Is this Déjà vu? Some 20 million current and former owners of Toyota vehicles may share in a $1 billion settlement of an Toyota Unintended Acceleration class action lawsuit, if the proposed settlement received final court approval.

The Toyota settlement would resolve a series of class action lawsuits, consolidated in 2010 as In Re: Toyota Motor Corp. Unintended Acceleration Marketing, Sales Practices and Products Liability Litigation.

In the consolidated action, plaintiffs claimed that certain Toyota, Scion and Lexus vehicles equipped with electronic throttle control systems (“ETCS”) are defective and can experience acceleration that is unintended by the driver. This alleged defect has resulted in a drop in the value of the vehicles. Consequently, the plaintiffs claim breach of warranties, unjust enrichment, and violations of various state laws.

Eligible members of the class include any person, entity or organization who, at any time before December 28, 2012, owned, purchased, leased and/or insured for residual value one several models of Toyota, Lexus and Scion vehicles.

If you are a class member, you may be entitled to one or more of the following:

Ok—that’s this week done and dusted. See you at the bar and Happy Friday!