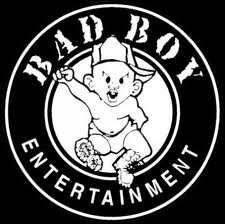 In her Bad Boy intern complaint, Salaam, a Brooklyn resident, alleges her bosses at Bad Boy had her answer phones, fetch coffee, book trips for Diddy and prepare expense reports. The lawsuit also claims Salaam’s fellow unpaid interns wrapped presents and decorated the office during holidays. The interns allegedly performed these and other tasks that would regularly be done by paid employees, having received no training.

Salaam alleges she interned at the Manhattan offices of Bad Boy Entertainment from January 2012 to May 2012, usually working three or four days a week, from 9 a.m. until 6 p.m. or later. According to the lawsuit, Salaam’s duties included “picking up lunch and coffee” and “running personal errands” for paid employees, which she claims was in line with a corporate policy to “minimize labor costs.”

Saleem is seeking back wages plus interest for the hours that she and her peers worked—an amount that will be determined at trial. The class action seeks to represent those similarly situated, which could be more than 500 people who interned at Bad Boy from August 2007.

Diddy is not implicated in the class action and did not manage Salaam personally. Salaam did receive a $40 a week travel stipend for her commute. Wow. Just think, assuming Salaam lives in NYC, that 40 bucks would get her 14.5 subway rides! Guess she was SOL if she had to cross the Hudson or East rivers…

Mission Tortilla Chips Non GMO Claim a Load of Corn? Maybe. A consumer fraud class action lawsuit was filed this week against Gruma Corp, the manufacturers of Mission Tortilla Chips, alleging the chips contain GMOs, contrary to the advertising claims that the product is all natural.

Nichole Griffith, who filed the tortilla chips lawsuit entitled, Mission Tortilla Chips Class Action Lawsuit is Griffith v. Gruma Corporation, Case No. 9:13-cv-80791, in the U.S. District Court for the Southern District of Florida,  alleges that Gruma deliberately misleads customers by promising that its Mission tortilla chips are natural even though they are allegedly made with genetically modified corn.

Specifically, the lawsuit states “The product is simply not ‘All Natural,’ and it would be unreasonable for defendant to contend otherwise.” Additionally, “Genetically modified corn products contain genes and/or DNA that would not normally be in them, and that cannot be achieved through traditional crossbreeding, and are thus not natural, thereby causing the product to fail to be ‘all natural.’” Griffith alleges Gruma knew, or should have known, that its products contain genetically modified ingredients.

According to her lawsuit, Griffith claims that had she been aware that GMO corn was allegedly used in the production of Mission tortilla chips, she would not have purchased the products, and especially not at the premium price. Instead, the lawsuit contends that Griffiths relied on Gruma’s representations that the chips were “all natural” and she assumed that they did not contain GMO ingredients. Go get’em!

Dow Chemical Liable in Asbestos Case. While this settlement is good news for the asbestos mesothelioma victim, such as it can be, the implications are shocking given what we know about the dangers of asbestos. The Dow Chemical Company was found liable on all counts in a civil asbestos lawsuit filed in Louisiana state court relating to its use of asbestos and allegedly causing cancer in its workers. The case was decided by a Plaquemine, Louisiana jury, which awarded $5.95 million in damages.

The lawsuit alleged that exposures to asbestos at Dow Chemical caused Sidney Mabile’s terminal asbestos cancer, mesothelioma. Mabile’s attorneys alleged in the suit that Dow has exposed thousands of workers to asbestos, and that Mabile is only one of hundreds of future asbestos cancer victims also exposed at Dow. Court documents revealed that Dow has continued to use tons of raw asbestos in its chemical manufacturing facilities throughout the world. Internal Dow documents showed that Dow lobbied to oppose the Environmental Protection Agency’s proposed ban of asbestos. Court documents suggested that Dow performed a “cost per cancer” analysis and determined that it would cost Dow over $1.2 billion to switch all of its plants to non-asbestos processing methods.

Dow was successful in lobbying the Environmental Protection Agency to allow Dow to continue using raw asbestos in its United States chemical plants. Dow has continued to fight the ban of asbestos in other countries. The European Trade Union Confederation explains that an “[o]pposition to a blanket asbestos ban now seems to come only from Dow Chemicals.”