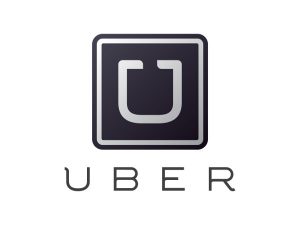 Uber trying to be hush-hush? Uber is facing a data breach class action lawsuit filed by a resident of Portland who alleges the ride share company was negligent in its safeguarding of customer data, resulting in a data breach in October 2016, in which hackers accessed and stole data from 57 million Uber customers and drivers.

What? You didn’t hear about the data breach? You’re not alone.

The Uber lawsuit contends that rather than reporting the data breach promptly, as required by state law, Uber paid hackers $100,000 to delete the data and keep the breach quiet. Seriously.

In a recent report to Bloomberg, Uber said it believes the information stolen in 2016 was never used but declined to disclose the identities of the hackers.

Contrary to Uber’s claims that the hacked data has not been used, Seifian alleges that since the data breach he has experienced undisclosed economic losses and his credit has suffered. Uber could have mitigated those losses had it promptly notified customers of the cyber attack, the lawsuit states. By the time it did, “the damage to their credit was already done.”

Seifian is seeking class action status, according to the lawsuit filed in US District Court in Portland. He says the cyber attack affected an estimated half-million Oregonians.

The lawsuit seeks fair compensation to cover credit repair and monitoring services on behalf of “an estimated 500,000 Oregon consumers harmed by Uber’s failure to adequately protect their personal information.”

Buster’d benefits? Here’s one for the books. While the $7.425 million settlement is not huge, it is important. It will hopefully bring a satisfying conclusion to a class action lawsuit pending against the Texas-based restaurant and entertainment chain Dave & Buster’s Inc. The lawsuit alleged the company illegally cut its workers’ hours to deprive them of health-care benefits. Wow.

The two-year old lawsuit is brought by an employee who alleged her hours were cut from approximately 40 a week to less than 30. This resulted in her being ineligible for health benefits. According to the lawsuit, Dave & Buster’s reduced its workers’ hours to prevent them from continuing to receive health benefits under the company plan.

Should the proposed Dave & Buster’s settlement receive final court approval, some 1,200 class members would benefit. This is the first Employee Retirement Income Security Act lawsuit that alleged an employer, in response to the employer mandate of the Affordable Care Act, intentionally interfered with workers’ benefits by cutting their hours to make them part time. The number of full-time workers a company has factors into whether the mandate requires them to provide those workers with health coverage. The employee brought the case pursuant to an ERISA provision that prohibits employers from taking an employment action with the specific intent to interfere with benefits.

In 2016, a federal judge in New York refused to dismiss the lawsuit, finding instead that sufficient evidence existed to support the workers’ claims that the company acted with an “unlawful purpose” when it reduced the hours of hundreds of employees and thereby made them ineligible for health benefits.

A call you do want to get… If you received an unsolicited, automated phone call from Monitronics – this could net you some cash. The home security firm has agreed to pay $28 million to settle a Telephone Consumer Protection Act (TCPA) class action lawsuit alleging it made automated telephone calls to phone numbers listed on the national Do Not Call Registry (DNCR) and to consumers who had not provided their consent.

The complaints all allege Monitronics, a home security company, used an automated dialing system or an artificial or pre-recorded voice to make telemarketing calls to people’s cell phones without their consent, or listed on the national DNCR, in violation of the TCPA.

Eligible class members include all persons who, since May 18, 2007, received a telemarketing call from an authorized Monitronics dealer, or a Monitronics dealer’s lead generator or sub-dealer, on a residential or cell phone using an automated telephone dialing system or pre-recorded voice, or two or more calls within a 12-month period to a residential number listed on the national DNCR.

A final fairness hearing is scheduled for March 2018.

The case is In re: Monitronics International Inc. Telephone Consumer Protection Act Litigation, Case No. 1:13-md-02493, in the U.S. District Court for the Northern District of West Virginia.

Ok Folks – Happy Thanksgiving! See you at the bar.