A wrap up of the week’s top class action lawsuits and settlements, for the week ending January 13, 2012. 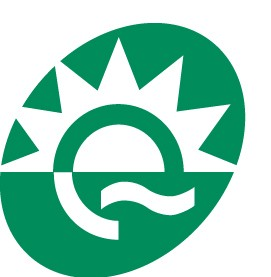 Diagnosis: Discrimination? Following in the footsteps of the Novartis and Merck suits, one has to wonder if discrimination is standard practice in this industry…

A $100 million gender discrimination employment class action lawsuit has been filed against Quest Diagnostics Inc., and AmeriPath, Inc., (collectively known as “Quest”) in U.S. District Court for the District of New Jersey.

The complaint details the systemic discriminatory treatment of female sales representatives company-wide by the self-proclaimed “world leader in diagnostic testing, information and services.”

Indiana resident Erin Beery and Florida resident Heather Traeger, both of them current Quest employees in the AmeriPath division, filed the lawsuit on behalf of themselves and a class of similarly-situated sales reps employed from February 17, 2010 to the present. Beery is an Executive Territory Manager in Quest’s Anatomical Pathology Sales Division in Indianapolis; Traeger is Senior Executive Territory Manager in the Anatomical Pathology Sales Division in Bradenton.

The complaint details a wide range of discriminatory practices in the selection, promotion and advancement of sales reps at Quest Diagnostics and AmeriPath, including discrimination on the basis of pregnancy and caretaking responsibilities in violation of Title VII of the Civil Rights Act of 1964 and other federal statutes.

In addition, both of the named plaintiffs in the case have individual claims of disparate pay, differential treatment, gender hostility, the creation of a hostile work environment and retaliation in the workplace affecting them in violation of Title VII of the Civil Rights Act of 1964 and other federal statutes.

According to Beery and Traeger, high ranking company officials within Quest’s predominately-male management team foster an environment detrimental to the success and advancement of female employees. They describe “old boys’ club” attitudes that pervade the enterprise, including forcing women to work under less favorable circumstances than their male counterparts and denying them the educational and job advancement opportunities afforded men in similar positions.

The complaint asserts that Quest’s policies do not provide sufficient oversight or safety measures to protect women from intentional and overt discrimination of even facially-neutral policies, so that female employees discriminated against have no recourse within the company. It cites an absence of internal incentives or disciplinary measures to ensure company executives and managers comply with company discrimination policies and equal employment laws.

The lawsuit also asserts that a significant number of the women who work for Quest have been and are affected by the same discriminatory employment policies, practices and procedures to which Beery and Traeger were subjected, justifying the certification of the class.

Scanning Scam? And now for our weekly consumer fraud lawsuit. This one was filed against Symantec Corp alleging the software manufacturer attempts to convince consumers to buy its products by providing misleading information about the functionality of their computers.

Filed by James Gross, of Washington state, the lawsuit claims that Symantec distributes trial versions of its products that scan a consumer’s system, then report that harmful errors, privacy risks and other problems exists on the PC, regardless of the actual operating status of the computer.

“The truth, however, is that the scareware does not actually perform any meaningful evaluation of the user’s computer system, or of the supposed ‘errors’ detected by the software,” the complaint claims. What scareware does do, in my experience, is suck up your time and send your stress levels through the roof—like you’ve got nothing better to do!

“The scareware does not, and cannot, actually perform the valuable tasks represented by Symantec through its websites, advertising, and in-software display screens.” No comment.

What’s the beef? The lawsuit claims that Nationwide improperly reduced or denied insurance benefits for medical services after submitting medical bills to a computer-based bill review audit. Specifically, the lawsuit challenges reductions in payment for those services based upon a reasonableness or usual and customary charge bill review administered by Mitchell Medical. Among other things, the lawsuit challenges Nationwide’s right to conduct such bill review under the applicable policies, the disclosure that such bill review would be conducted, and the manner in which the bill review was conducted. Nationwide denies any wrongdoing, and contends that review of medical bill pricing protects against excessive charges and helps to preserve insurance benefits.

All persons, and their medical providers or other assignees, who (a) submitted first-party medical expense claims to Nationwide pursuant to Nationwide’s Delaware automobile insurance policy No-Fault coverage; (b) had their claim submitted by Nationwide to computer pricing review during the period from September 1, 2004 through December 31, 2007; (c) received or were tendered payment but in an amount less than the submitted medical charges based upon the pricing review of the charges; and (d) received or were tendered an amount less than the stated policy limits.”

You can find out more about the Nationwide insurance settlement here.