This week’s wrap on Class Action lawsuits and Settlements, September 30, 2011 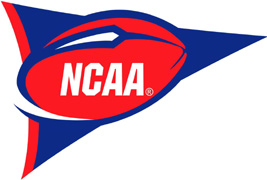 The class action lawsuit accuses the NCAA of turning a blind eye to coaches who teach players to use their heads for tackling, failing to establish a NCAA-wide system for screening head injuries and shirking its financial obligations to injured student-athletes who need medical treatment after they’ve left college.

The case alleges that despite a mounting body of scientific evidence linking concussions to depression, dementia and early-onset Alzheimer’s, among a host of other medical problems, the NCAA has failed to enforce the safety measures it introduced in the 1970s. The lawsuit further claims that NCAA football coaches continue to encourage players to use tackling methods that promote head trauma, including helmet-to-helmet hits. The harshest penalty ever imposed on coaches who teach this tactic was a letter of reprimand, according to the complaint.

The lead plaintiffs in the suit are former University of Central Arkansas wide receiver Derek K. Owens and former Northwestern University offensive lineman Alex Rucks, who say their lives have been fundamentally altered as the result of brain trauma that could have been prevented.

Owens, 22, was hit in the head from behind while taking part in a voluntary practice the summer before his freshman season. According to the complaint, Owens never received medical attention from the team despite feeling dizzy, having difficulty seeing and being unable to drive home. The 2008 incident was the first of numerous head injuries for Owens, who was named Arkansas’ Top Offensive Player and one of the state’s top Scholar-Athletes his senior year of high school.

The second week of his first season, a linebacker knocked Owens unconscious in practice, according to the lawsuit. UCA’s trainers told Owens’ roommates he had a “severe concussion” and to wake him up every couple of hours. He sat out for several weeks until he was cleared to return to the practice team. During a 2010 game, Owens was returning a punt when he was leveled by an opposing player, who later called the play “the highlight of his career,” according to a story in the Tulsa World. Owens experienced memory loss, headaches, an inability to concentrate, anxiety and depression. His grades plummeted despite his once-sterling academic record. In May of 2011, he dropped out of school and football as a result of the debilitating effects of repeated head trauma.

Rucks, who played at Northwestern from 2004 to 2008, was never formally diagnosed with a brain injury, but suffered numerous blows to his head that led to symptoms consistent with a concussion. The NCAA never tested or followed-up with Rucks to determine whether he’d been concussed, or if he was experiencing post-concussion syndrome, the lawsuit alleges.

Since his playing days, Owens has suffered from the symptoms of post-concussion syndrome, including the loss of concentration and memory, according to the complaint.

The lawsuit alleges the NCAA never encouraged football players to report or complain about their physical well-being, nor does it educate players about head-injury prevention or the telltale symptoms of a concussion.

The lawsuit, a class action, seeks to represent current or former NCAA football players who have medical or team records indicating they sustained a concussion(s) or suffered concussion-like symptoms while playing football at an NCAA school, and who have, since ending their NCAA careers, developed chronic headaches, dizziness, dementia, Alzheimer’s disease or other physical and mental problems as a result of the concussion and have incurred medical expenses from such injuries.

All class members would be notified that they may require frequent medical monitoring. NCAA-wide return-to-play guidelines would be established. The NCAA would mandate that team physicians learn to detect concussions and sub-concussions, as well as determining when a player is at an increased risk of harm. It also seeks to redress the intangible losses suffered by these class members.

Asbestos Mesothelioma Lawsuit Settlement. Another asbestos settlement to report this week. A jury in Orleans Parish Civil District Court has ruled that three companies are liable for $7.55 million in damages for exposing former employee Thomas Kenney to asbestos. Kenny has been diagnosed with malignant asbestos mesothelioma.

Mr. Kenney sued Rexam Beverage Can Co., John Crane Inc and Haveg Inc, among others, claiming that he was exposed to asbestos while working in a canning factory and a refinery in the 60s and 70s. The jury hearing his case found John Crane, Rexam and Haveg liable for Kenny’s asbestos exposure and Rexam liable for the dangerous levels of asbestos, which was located in its canning factory in New Orleans’ Mid-City neighborhood. The old canning factory has since been refurbished and converted into an apartment complex.

Reebok to Atone for its Toning Shoes Claims: While the jury may be out on whether or not these shoes actually do tone your butt and abs, the Federal Trade Commission isn’t wasting time making up its mind. Reebok has agreed to pay $25M to settle charges brought by the Federal Trade Commission alleging that the athletic shoe manufacturer falsely advertised its “toning” shoes, making claims that the shoes could measurably strengthen the muscles in the legs, thighs and buttocks.

Among the claims the FTC found offensive–and possibly downright misleading—are that the EasyTone footwear is proven to increase the strength and tone of your gluteus maximus muscles by 28% (really?) and give you 11% more strength in your hamstring and calf muscles—(really)—compared with regular walking shoes—whatever those are.

The FTC settlement is the first, and results from its investigation into the advertising claims made by Reebok. However, other companies such as New Balance and Sketchers have also aced lawsuits over their advertising claims.

Ok—That’s it for this week. See you at the bar!