The weekly wrap on top class action lawsuits and settlements for the week ending October 19, 2012. This week’s top stories include Healthcare workers at Maxim Healthcare, Electronic Arts and NFL Madden games and the first Chantix settlement. 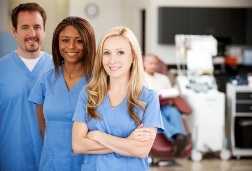 Overworked and Underpaid on Overtime. An overtime class action lawsuit has been filed against Maxim Healthcare Services Inc, by Jas

mine Lawrence, who was employed as a Home Health Aide by the defendant until October 2012.

In the unpaid overtime lawsuit, Lawrence alleges that Maxim Healthcare Services Inc, violated, and continues to violate, the Ohio Minimum Fair Wage Standards Act (OMFWSA) because of its willful failure to compensate her and the class members at a rate not less than one and one-half times the regular rate of pay for work performed in excess of 40 hours in a workweek. Lawrence claims she regularly worked over 70 hours per week while employed by Maxim Healthcare and the majority of her time was spent performing general housekeeping duties as opposed to patient care.

And it’s a Touchdown! The Plaintiffs score a proposed $27 million settlement that’s been reached in a class action lawsuit pending against Electronic Arts. The Electronic Arts settlement, if approved, will apply to anyone who purchased a new copy of an EA Madden NFL, NCAA Football or Arena Football video game between 2005 and 2012 and is an eligible class member.

And the skinny on the proposed deal: Class Members of the EA football game class action settlement include all U.S. consumers who bought a new copy of an Electronic Arts’ Madden NFL, NCAA Football, or Arena Football video game for Xbox, Xbox 360, PlayStation 2, PlayStation 3, GameCube, PC, or Wii, with a release date of January 1, 2005 to June 21, 2012.

If approved by the court at the February 7, 2013 Final Fairness Hearing, Settlement Class Members who submit timely and valid claim forms will receive the following CASH benefits:

Valid claims for the purchase of Madden NFL, NCAA Football, or Arena Football video games for the Xbox, PlayStation 2, PC, or GameCube platforms (“Sixth Generation Purchasers”) will be valued at $6.79 per new game purchased, up to a total of eight units ($54.32).

Valid claims for the purchase of Madden NFL, NCAA Football, or Arena Football video games for the Xbox 360, PlayStation 3, or Wii platforms (“Seventh Generation Purchasers”) will be valued at $1.95 per new game purchased, up to a total of eight units ($15.60).

The only way to receive cash benefits from the EA antitrust settlement is to submit a Claim Form either online at EASportsLitigation.com or postmarked no later than March 5, 2013.

Here’s a Bittersweet Ending… A settlement has been reached in a lawsuit against Pfizer and its anti-smoking drug Chantix. The Pfizer Chantix settlement, the details of which remain confidential, was reached just prior to the case going to trial.

The lawsuit was brought by the widow of Mark Alan Whitely, from Minnesota, who allegedly killed himself in November 2007 as a result of taking the controversial drug. The lawsuit alleged that Pfizer failed to sufficiently warn that Chantix could increase the risk of suicide.

FYI—in July 2009, the FDA announced an update to Chantix (known generically as varenicline) warnings, alerting patients to the risk of serious mental health events linked to use of the smoking cessation drug. Pfizer, maker of Chantix, was required to put a Boxed Warning on the Chantix label, highlighting the risk of depressed mood, hostility and suicidal thoughts when using the medication. When the FDA made its announcement in 2009, it had received 98 crude reports of completed suicide associated with Chantix (a crude report means the FDA had not examined each report in depth to ensure there were no duplicates). It had a further 188 crude reports of suicide attempts.

The Whitely lawsuit is reportedly the first of some 2,500 Chantix cases that have been combined in a multidistrict litigation (MDL) in Alabama for pretrial evidence-gathering and the first trials.