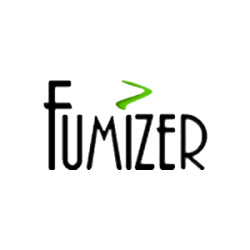 Hmm, has Fumizer been Smokin’ Something? Consumers are fuming over false advertising claims made by a manufacturer of e-cigarettes—so much so they’ve filed a consumer fraud class action lawsuit. Filed by a smoker, not surprising there, the lawsuit accused Fumizer of falsely claiming its vaporizers could help users quit smoking or lead to “healthy smoking” (healthy smoking?—that is an oxymoron—not to mention the visual is totally counter-intuitive).

The e-cigarette lawsuit alleges the company made these claims despite the existence of adverse medical studies. Ya think?

The lawsuit, filed by plaintiff Joseph Sheppard, alleges that the manual for the Fumizer e-cigarette claims it can “help you quit smoking,” which contradicts other marketing materials that disclaim that any use of the e-cigarette is an aid to quit smoking. According to the lawsuit, the disclaimers are made to avoid U.S. Food and Drug Administration (FDA) regulation.

“These representations are contradictory and hypocritical because [the packaging] asserts Fumizer e-cigarettes are ‘neither intended nor marked as a quit smoking aid,’” the complaint states.

“By omitting the ingredients, defendant hides the fact that Fumizer e-cigarettes contain propylene glycol, a product found to cause throat irritation and induce coughing, and thus no longer used by certain of Fumizer’s competitors,” the lawsuit states.

The lawsuit also states that Fumizer’s claims its devices could be used anywhere, citing cities and counties in California that have banned e-cigarettes and public, along with statements that its vaporizers were top quality. However, the plaintiff’s Fumigo 650 Personal Vaporizer allegedly short-circuited, exploded and caused a fire in his home in March, according to the suit.

E-cigarettes that are good for you? Sounds like a Scamorama ding-dong to me.

OxyElite been Beat? And while we’re on the subject of too good to be true—GNC Holdings Inc, the maker of USPLabs OxyELITE Pro just agreed to settle a class action that alleged the diet supplement does everything but take the garbage out. Unfortunately, it seems that included associated liver damage, which got the diet supplement pulled from the market by the FDA last November.

The ensuing lawsuit alleged GNC sold the supplements, which contain dimethylamylamine, better known as DMAA, and aegeline, despite widespread reports that the products cause severe liver damage.

This week, GNC agreed to pony up $2 million to shut the suit down. The GNC settlement motion, filed in the Northern District of Florida, asked the court to sign off on the deal, which will provide reimbursements for consumers who bought USPlabs’ OxyElite Pro and Jack3d lines of products.

Force-placed Insurance Scams made the news this week, with final approval granted for a $31 million settlement of seven proposed force-placed insurance class actions, all alleging Bank of America NA (BofA) illegally forced homeowners to buy excessive amounts of flood insurance. It’s a lottery where the bank always wins, it seems. But not in these cases.

Approved by a federal judge in Oregon, the settlement will see BofA pay $31 million into a settlement fund, with plaintiffs receiving $2,500 each as an incentive award. The approval order also calls for certification of a class for settlement purposes only.

The lawsuits were filed in 2011 alleging BofA sent letters to homeowners and other borrowers informing them that they carried insufficient flood insurance because they lived in special flood zones, where there was a high risk of flooding and associated hazards. However, there is no federal requirement for homeowners living in those areas to carry additional insurance, the lawsuits claimed. BofA allegedly ignored proof sent by the plaintiffs demonstrating that they med the allegedly unnecessary requirement.

Under the terms of the settlement, BofA will make a series of changes to its insurance practices, including not taking any commission from force-placed flood insurance for three years. The bank also agreed to cease giving out opt-out letters from the forced policies in some of its future mailings and to refund co-op borrowers for any force-placed insurance that was not required by their loans.

Discount Wages as Well as Products? Well, we’re about to find out. Amazon got hit with an employment class action lawsuit filed by Plaintiff Kelly Pavuk (“Pavuk”) (Case No. 2013-11565-0, in the Luzerne County Court of Common Pleas) who alleges Amazon failed to compensate her adequately for time working at the Amazon facility in Pennsylvania. Pavuk makes this claim on behalf of herself and other similarly situated.

Specifically, the Amazon lawsuit claims the defendants failed to comply with the requirements of the Pennsylvania Minimum Wage Act (“PMWA”), thereby violating the PMWA by not compensating all Warehouse Workers during the end-of-shift screening process that “approximately takes between 10 and 20 minutes, and, with delays … can last longer.”

Okee dokee. One to watch.

The OxyElite complaint alleges that USPLabs sells a variety of energy and weight loss and dietary supplements under the brand name of OxyElite Pro through GNC, which are dangerous, sold pursuant to deceptive and unfair practices and are not fit for their intended purpose.

Barot claims that he and all others similarly situated “did not bargain for a product that causes adverse health effects in exchange for their payment of purchase price,” according to the lawsuit. And the lawsuit goes on to state that several adverse reactions, including serious liver injury and wrongful death, have been reported from consumers who have purchased and ingested the product.

According to the complaint, USPLabs and GNC had actual knowledge of the product’s shortcomings, but both failed to timely act to adequately warn consumers of the unfitness of the product, the extreme adverse side effects associated with the product or provide adequate relief to the class of consumers who purchased the product.

Further, On October 11, the US Food and Drug Administration issued a warning letter to USPLabs regarding OxyElite Pro for its inclusion of aegeline or dimethylamylamine, known as DMAA, the lawsuit states.

The lawsuit alleges that the defendants are in violation of the New Jersey Consume Fraud Act and was unjustly enriched at the plaintiffs’ expense.

Um, back to diet and exercise, I guess…

Hyundai Canada to Shell out Cash for False Mileage Claims. This week, the automaker announced that it has entered into an agreement with plaintiffs in Canada—representing current and former owners and lessees of vehicles affected by the auto company’s November 2012 restatement of fuel economy ratings. The adjustment affected approximately 130,000 Hyundai 2011-2013 model year vehicles, increasing their combined city/highway fuel consumption by 0.2-0.8 L/100km. While today’s agreement is valued at up to $46.65 million in cash compensation plus other available options, that number is dependent on how many customers elect to participate in the settlement’s one-time lump sum payment option or remain in the existing reimbursement program Hyundai introduced at the time of the restatement.

At the time of the restatement, Hyundai provided a reimbursement program to cover the additional fuel costs associated with the rating change—plus a 15 percent premium in acknowledgement of the inconvenience—to customers for as long as they owned or leased an affected vehicle. Affected owners and lessees are compensated based on their actual kilometers driven and the fuel costs for the region in which they live.

Courts in Ontario and Quebec are expected to review the agreement for approval in early 2014. Assuming approval is granted, notices will then be provided to all affected customers.

Hopefully the snow will have stopped by then—and the roads will be driveable!