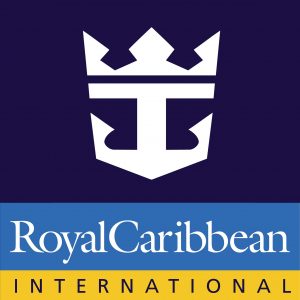 Your dream cruise turned nightmare. And it could have been avoided. That’s what a family is claiming it their negligence class action lawsuit against Royal Caribbean Cruise Lines. Filed by Canadian traveler Nikki McIntosh, the lawsuit alleges the cruise line should have cancelled a Galveston cruise scheduled during hurricane Harvey. You think?

According to the proposed class action lawsuit, rather than allowing would-be vacationers to reschedule their cruise in light of the category 4 hurricane, Royal Caribbean offered the choice of either taking the cruise or forfeiting all the money customers paid for their trip on the Miami-based cruise line’s Liberty of the Seas. The cruise was scheduled to depart on August 27th from Galveston, Texas.

According to the court filings, toddlers waded through flood waters as their stranded families searched for food after they were “strong-armed” into coming to Galveston when the cruise line “repeatedly” told passengers they would lose the entire cost of the trip if they cancelled.

The day before Harvey made landfall, Royal Caribbean issued an online notice that the Sunday cruise was still set to leave port as scheduled. The following day, as the storm made landfall in Texas, airlines started cancelling flights and officials closed the Port of Galveston, according to the complaint.

The port closure trapped Liberty of the Seas and three Carnival Cruise ships at sea, stranding more than 20,000 passengers set to disembark in Galveston. Regardless, Royal Caribbean told incoming travelers to expect an on-time departure that Sunday, plaintiffs claim.

The lawsuit notes that while Carnival rerouted its ships to other ports, Royal Caribbean “sailed straight ahead.” On the afternoon of Saturday, August 26, the cruise line’s chief meteorologist tweeted: “Weather looking favorable tonight and tomorrow,” according to court documents.

Just a few hours later, cruise passengers were again told that their cruise was going ahead, the ship would sail as planned. “By this time, catastrophic flooding had already begun,” the complaint states. “Hundreds of flights were cancelled, and highways were flooded, impassable and deadly. Yet RCCL was still attempting to find a way to make the scheduled sailing.”

However, late Saturday night, Royal Caribbean delayed the Sunday departure to Monday, as the closure of the port prevented it from docking and boarding the customers.

“At or around this time, was the last chance that these passengers likely could have escaped being trapped in Hurricane Harvey’s flood waters but RCCL did its best to convince these passengers to stay. Only on Sunday, August 27, the worst day of flooding in Galveston County, did the cruise line email the passengers offering them the ability to cancel for a full refund and future discount. A few hours later, they called off the cruise altogether. However, by this time, dozens of passengers were in the Galveston area.

“Had the cruise been cancelled a day or two earlier, just like Carnival did, then these passengers would not have been trapped in the path of Hurricane Harvey and subjected to 5-6 days of terror, hardship and inconvenience in a place foreign to them,” the lawsuit alleges.

The proposed class action lawsuit claims that Royal Caribbean was negligent in its refusal to cancel the sailing sooner and for failing to appropriately monitor the weather. The plaintiffs have suffered emotional distress with symptoms ranging from nausea to nightmares, as a result of the defendant’s actions, the lawsuit claims.

The $140M settlement deterrent? AbbiVie, maker of the testosterone replacement therapy AndroGel, has been ordered to pay over $140 million to a man who alleges he suffered a heart attack as a result of using the drug.

The verdict is for second case of more than 6,000 such cases in an Androgel mass tort pending against AbbieVie and other companies, which have been consolidated in the Chicago court.

The case involves Tennessee resident Jeffrey Konrad, who filed the lawsuit, with his wife, in 2015. Konrad was awarded $140 million in punitive damages, intended to deter the defendant and others from engaging in similar behavior, and $140,000 in compensatory damages, according to Konrad’s attorneys.

According to the claims made by Plaintiffs across the US, AndroGel can cause heart attacks, strokes and other injuries.

In another case, a federal jury found AbbVie fraudulently misrepresented Androgel’s risk for cardiac events and consequently ordered the company to pay $150 million in punitive damages.

According to Konrad, aged 56, he suffered a heart attack in 2010, after using AndroGel for two months. He has since recovered from his injuries.

In 2014, the FDA convened an advisory committee to consider the adverse cardiovascular outcomes associated with testosterone replacement therapy. On the committee’s recommendation, the FDA required AbbVie to add a warning about cardiovascular risk to AndroGel’s label in May 2015, Reuter’s reports.

The proposed deal comes after seven years of litigation and months of negotiations and would, under the terms of the deal, see P&G pay up to $15 million in cash refunds to people who bought Align, and provide $5 million to $10 million worth of other benefits, in addition to fees and court costs.

Further, Procter & Gamble has also agreed not to make the “clinically proven” claim without new, reliable supporting clinical data or a change in Align’s formula.

Should the deal receive approval, the settlement class will consist of anyone who bought Align in the US or its territories for personal use between March 1, 2009, and June 6, 2016. Each class representative could receive up to $2,500.

Specifically, the terms of the proposed deal state that each class member could receive up to $49.26 in cash refunds, including $31.76 for two purchases of Align between March 1, 2009, and October 31, 2009, the time period in which Procter & Gamble specifically advertised Align’s benefits as clinically proven. For purchases made after that date, class members may receive one refund of $17.50.