The weekly wrap-up of class action lawsuits and class action settlements, for the week ending March 17, 2012. 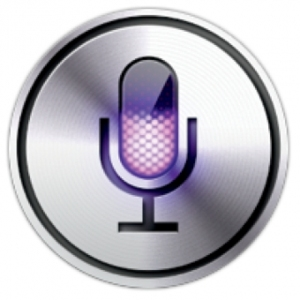 But Siriously Folks…Apple got hit with a potential consumer fraud class action lawsuit…Siri Siri Siriously…The lawsuit alleges the company’s voice assistant feature found on its latest iPhone, called Siri, doesn’t work as advertised. Oh dear. What is more frustrating than technology that doesn’t quite do what it’s supposed to do?

The Apple iPhone Siri lawsuit, filed in the Northern District of California, brought by iPhone 4S customer Frank Fazio, states “Promptly after the purchase of his iPhone 4S, [Fazio] realized that Siri was not performing as advertised,” the lawsuit says. “For instance, when [Fazio] asked Siri for directions to a certain place, or to locate a store, Siri either did not understand what Plaintiff was asking, or after a very long wait time, responded with the wrong answer.” Consequently, Fazio believes that Apple has overpromised on Siri’s capabilities.

The lawsuit alleges that Apple is in violation of the Consumers Legal Remedies Act, California’s Unfair Competition Law, is in breach of warranty, and has committed both intentional and negligent misrepresentation. The suit seeks class action for other iPhone 4S owners, with the end goal of an injunction against Apple selling the device, as well as damages.

For all of you who were victim to some dodgy plumbing fixtures–Plumb-PEX plumbing system— you will no doubt have been relieved to hear this week that a proposed settlement has been reached in the Plumb-PEX class action lawsuit. In fact, a notification program has begun to inform people and entities who own or owned a home, building or other structure containing a Plumb-PEX plumbing system, about the proposed settlement in a defective products class action lawsuit.

The settlement aims to resolve claims about whether Radiant Technology, Inc. and Uponor, Inc. (“RTI” or the “Defendants”) sold Plumb-PEX plumbing systems containing ASTM standard F1807 brass insert fittings and stainless steel clamps that may leak and cause damage to property. The Defendants deny all of the claims in the lawsuit, but have agreed to settle the case to avoid the cost and uncertainty of a trial.

The settlement includes a group of people called a “Class” or “Class members” and consists of anyone who owns or owned a property containing an RTI Plumb-PEX plumbing system containing ASTM standard F1807 brass insert fittings and stainless steel clamps (“RTI Plumb-PEX Plumbing System”) installed on or after May 15, 1999. Owners of systems that have: (a) had a leak in one or more of the system’s components, or (b) a water flow differential of 50% between the hot and cold lines that supply one or more fixtures may receive benefits from the settlement. People and entities that paid for damages or repairs related to a qualifying leak in an RTI Plumb-PEX Plumbing System may also submit claims.

The settlement will reimburse Class members for property damage caused by a qualifying leak in a system component. It will also provide repairs or possibly the replacement of an RTI Plumb-PEX Plumbing System in structures that have had two or more qualifying leaks. Eligible Class members will have at least 18 months to file a claim even if that time period expires after their warranty.

More information, and there is more information –including how to access a claim form, a picture of the RTI Plumb-PEX Plumbing System components and the Settlement Agreement–can be found here.

Did you buy a bit of Blue Sky? –The soda that is. If so, you may be interested to know that a federal court in San Francisco has preliminarily approved a consumer fraud class action settlement that provides 50% cash refunds on purchases of Blue Sky brand beverages.

The settlement applies to purchasers in the United States of Blue Sky brand beverages between May 16, 2002 and June 30, 2006 (the “Class”). It excludes purchases by retailers, distributors, resellers, and the judge handling the case.

Class members also have the right to object to the settlement by filing papers in the U.S. District Court in San Francisco, California (Chavez v Blue Sky Natural Beverage Co., et al., N.D. Cal. 06-cv-06609-JSW) and serving those papers on the attorneys for Plaintiff and Defendants. Those who object may ask to appear at the hearing or hire their own attorney to appear.

To get the whole story, find out if you’re eligible o to download a claim form see our full post on the Blue Sky settlement.

OK –That’s a wrap. Happy St. Patrick’s Day everyone—see you at the bar!