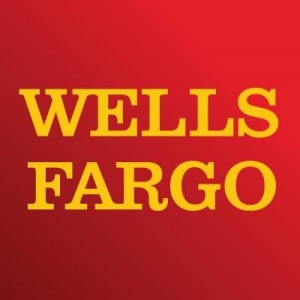 Wells Fargo playing fast and loose with customer accounts? Maybe…It got hit with a class action lawsuit this week by a former customer who claims that California’s largest bank engages in consumer banking fraud. What does that mean exactly? Well, Shahriar Jabbari of Campbell, CA, alleges that he and a nationwide class of consumers were victims of Wells Fargo’s tolerance and encouragement of abuses by workers in its branches. The specific allegations are unfair enrichment and violations of the federal Fair Credit Reporting Act (FACTA) and California unfair competition and consumer protection laws.

Here’s the back story…according to the lawsuit, Jabbari began banking with Wells Fargo in 2011, wanting simply to open one checking and one savings account. However, shortly after opening his accounts, he allegedly noticed “some anomalies, such as unwanted fees.” Then in 2013, the lawsuit states that Jabbari visited the Wells Fargo branch in Los Gatos to ask about an unauthorized charge. That’s when an employee showed him how accounts had been opened in his name using a signature that was not his, according to the complaint.

The complaint states that Jabbari discovered seven accounts issued without his permission. A few months later, he received a change of address notification showing several accounts that he had not opened and that he thought had been closed.

The lawsuit, filed in US District Court in San Francisco, seeks restitution from the profits Wells made on “its unfair and unlawful practices,” In addition to triple damages.

More banking misconduct…this time it’s a win for the plaintiffs…to the tune of $10.2 million—that’s the amount of the settlement agreed between the plaintiffs in a robocall class action lawsuit and JPMorgan Chase Bank NA.

The bank allegedly made unsolicitied robocalls to more than 2 million customers’ cellphones, in violation of the Telephone Consumer protection Act (TCPA).

According to the agreement, if approved, Chase will pay $10.2 million into a non-reversionary settlement fund, with approximately $45 to $55 to be paid to each of the 2.2 million class members.

Law students will be getting some justice it seems after a $2.1 million settlement was reached in a consumer fraud class action lawsuit pending against ExamSoft Worldwide Inc. If the proposed settlement get the final nod, it will resolve allegations that the company failed to adequately respond to glitches reported in its exam software, which prevented state bar applicants from uploading their exam answers.

The defect that triggered the lawsuit is likely ever law student’s nightmare. The target of the lawsuit was SoftTest, currently the only means by which prospective lawyers in dozens of states can take the bar exam electronically. The program failed during last week’s exams, the company acknowledged, and the lawsuit, which contained deceptive marketing and negligence claims, failed to live up to its promises that it would make exam day less stressful.

According to the terms of the agreement each member of the class would receive $90. Class members consist of applicants who took the test in 43 states in July 2014. Tens of thousands of bar exam takers paid between $100 and $150 for a license to use ExamSoft’s software, SofTest, which allegedly failed after the first day of the exam, according to court documents.

Court documents also show that in addition to the $2.1 million payment, ExamSoft has made or is making enhancements to its technology and communications practices that will enable it to better communicate with test-takers and bar examiners.