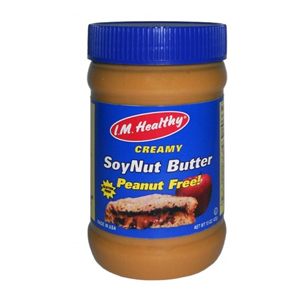 SoyNut Butter & E. coli for lunch? Nasty stuff, literally. Check your cupboards! A food poisoning class action lawsuit has been filed against The SoyNut Butter Company of Illinois and the manufacturer of the product, Dixie Dew Products of Erlanger, Kentucky. The complaint was filed by the parents of a young child, identified as L.S. in the complaint, who became ill after eating E. coli O157:H7-contaminated I.M. Healthy SoyNut Butter. They allege their daughter developed hemolytic uremic syndrome, a life-threatening complication of E. coli infection, after ingesting the contaminated product.

According to the Centers for Disease Control (CDC), 16 people from nine states have so far been confirmed as infected with the strain of E. coli O157:H7 connected to the SoyNut Butter outbreak. Like L.S., 14 of the 16 people who became ill in this outbreak are under the age of 18, eight of whom have required hospitalization.

The plaintiffs, Travis and Morgan Stuller, allege L.S. regularly ate SoyNut Butter in the days leading up to her illness. On or about February 21, 2017, L.S. developed painful gastrointestinal symptoms, which worsened to include grossly bloody diarrhea. She was seen by her treating physician for ongoing symptoms, but, on March 5, was hospitalized at Seattle Children’s Hospital and remained so until March 8. While in the hospital, an illness of E. coli O157:H7 was confirmed and she was treated for hemolytic uremic syndrome (HUS), a potentially life-threatening condition. L.S. continues to recover at home, but faces uncertain future medical complications, according to statements.

Check those Subway receipts… Strap yourselves in—it’s a record $30.9 million settlement for the maker of “foot long” sandwiches, potentially ending a Fair and Accurate Credit Transactions Act (FACTA) class action brought against Subway, over allegations the company unlawfully printed full credit card expiration dates on receipts. If approved, this will be the largest settlement ever made under FACTA.

The lawsuit was filed against Doctor’s Associates Inc., which does business as Subway, on behalf of nearly 2.6 million people who claim their credit or debit card information was potentially compromised by the printed receipts.

Named plaintiff Shane Flaum filed his complaint in June 2016, alleging Subway violated FACTA through its practice of printing customers’ cards’ full expiration dates even after it had been sued in the past for similar violations, specifically twice in 2007, and again in 2008 and 2009, he states.

According to the Subway lawsuit, the deal “sets a new record for FACTA class actions” and is believed to be the “largest FACTA settlement in the history of FACTA.”

The class includes all Subway patrons who received receipts upon purchase that showed their credit or debit cards’ full expiration dates between January 1, 2016, and the date of preliminary approval of the settlement.

The lawsuit is Flaum v. Doctor’s Associates Inc., case number 0:16-cv-61198, in the U.S. District Court for the Southern District of Florida.

If the settlement receives approval, eligible class members will include US residents who held credit or debit card accounts used at any physical locations operating under the Neiman Marcus Group LLC name, including its namesake, Bergdorf Goodman, Cusp or Last Call, from July 16, 2013, to Jan. 10, 2014.

In March 2014, Neiman Marcus customers Hilary Remijas, Melissa Frank, Debbie Farnoush and Joanne Kao sued the retailer after it said that a December 2013 data breach had exposed the credit card data of 350,000 shoppers. The company had claimed that just 9,200 accounts were impacted.

The Neiman Marcus lawsuit asserted that the luxury Dallas-based retailer was negligent in its failure to protect its customers’ privacy and in waiting a full 28 days to inform them of that breach.

Top class action lawsuits and settlements of the week, for the week ending January 25, 2013. 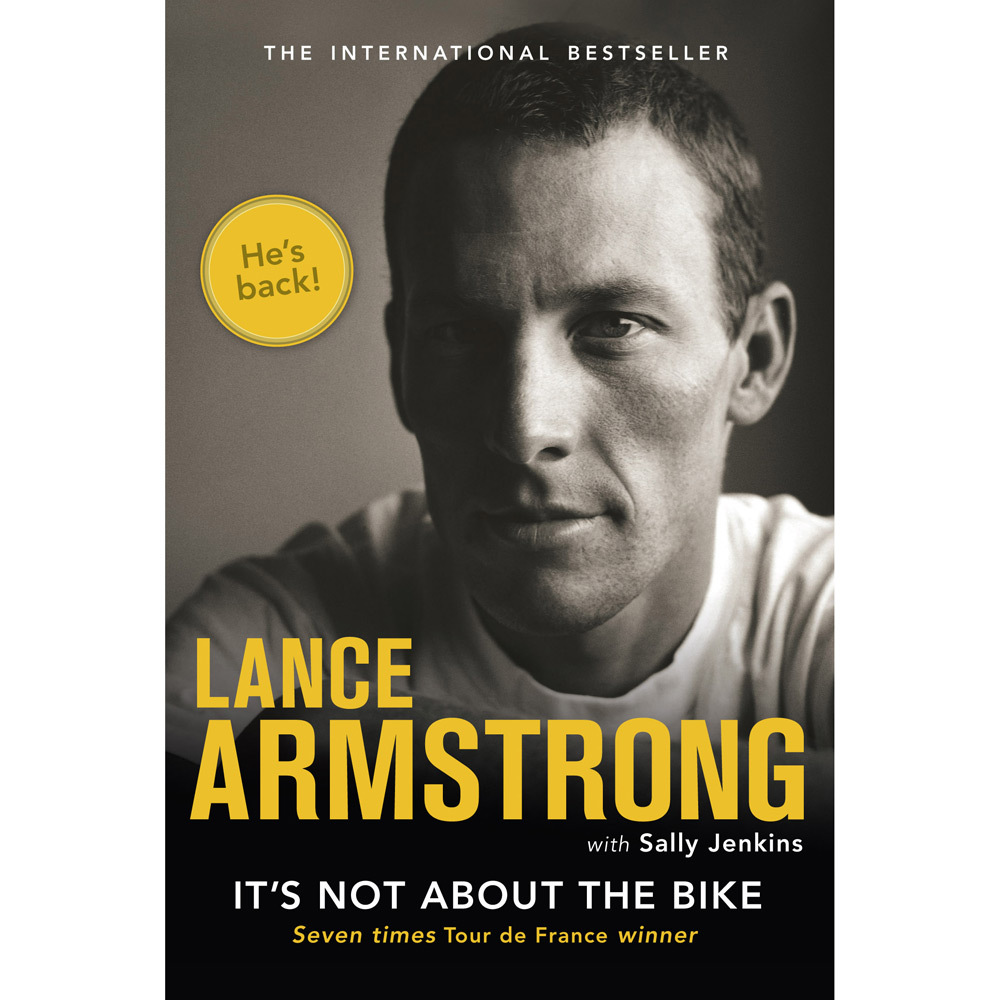 File Under “Fiction”. You would pretty much have to be living on the dark side of the moon not to have heard of the consumer fraud class action lawsuit filed against the publishers of Lance Armstrong’s book “It’s Not About the Bike.” Indeed it’s not.

Filed following the interview/confession with Oprah Winfrey earlier this week, the lawsuit alleges the publishers sold Lance Armstrong’s latest book as fact, when it was fiction. Quelle Surprise!

And, the lawsuit, filed this week in federal court in California, also mentions Armstrong’s other book, “Every Second Counts,” and accuses the cyclist and his publishers of fraud and false advertising.

The lawsuit, filed by Rob Stutzman in federal court in California, also mentions Armstrong’s other book “Every Second Counts, and alleges Armstrong and his publishers are guilty of consumer fraud. Specifically, the lawsuit states “At that time, Stutzman thanked Defandant Armstrong for writing his book and told him it was very inspiring and that he recommended it to friends who were fighting cancer.” Stutzman contends that had he and others similarly situated known Armstrong’s accounts were lies, they would not have purchased the book, or have enjoyed it less.

“Throughout the book, Defendant Armstrong repeatedly denies that he ever used banned substances before or during his professional cycling career,” the lawsuit states. The lawsuit also states that the plaintiffs purchased the book “based upon the false belief that they were true and honest works of nonfiction when, in fact, Defendants knew or should have known that these books were works of fiction.” Well, everyone likes a good story, and this is certainly no exception.

Is Subway selling a Whopper? …instead of a Footlong? We’ll have to wait and see… A consumer fraud class action lawsuit was filed this week against the sandwich chain Subway, alleging it advertises the $5 Footlong sandwiches when they are not a foot long.

The lawsuit further claims that Subway is aware its Footlong sub sandwich is not 12 inches, because sandwich prices are set at the corporate level then sent down the line to the individual franchises. Consequently, Subway is purposefully defrauding its customers by selling so-called “$5 Footlongs,” according to the lawsuit.

This round’s on Southwest! Yes, indeed—Southwest Airlines reached a tentative settlement of a pending class action lawsuit over drink vouchers. Included in this Settlement are Southwest customers who received a drink coupon with the purchase of a Business Select ticket prior to August 1, 2010, and did not redeem the drink coupon.

Filed in 2011, Southwest Airlines class action lawsuit plaintiffs, Adam Levitt (an attorney himself) and Herbert Malone, alleged the airline’s policy changes around its drink vouchers, which became effective after August 1, 2010, amounted to a breach of contract and made the coupons worthless. The policy change stipulated that while the drink vouchers had no expiration date, they could only be used on the dates voucher holders were traveling. The vouchers were issued to passengers for alcoholic drinks.

The settlement includes Business Select passengers who were issued vouchers before August 1, 2010. Based on Southwest’s charges of $5 per alcoholic drink, the settlement may cost the airline as much as $29 million, with some 5.8 million vouchers up for redemption. The final fairness hearing is set for May, 2013.

The proposed settlement includes damages for Class Members who received Southwest drink coupons through the purchase of a Business Select ticket prior to August 1, 2010, but did not redeem those drink coupons for a free drink. Eligible class members must file a claim before September 2, 2013.

So—see you at the bar—and don’t forget your voucher!