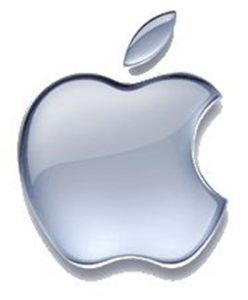 Michael Kors Creative Merchandising? Michael Kors LLC may be getting more than it bargained for—the retailer got hit with a consumer fraud class action lawsuit alleging the discount prices it offers at its outlet stores and which are marketed as providing deep discounts over the suggested retail prices, are based on fabricated original prices. Surprised?

Specifically, the Michael Kors outlet store lawsuit claims that Michael Kors represents on the price tags of its Kors Outlet Products artificial “suggested retail prices” that do not represent a bona fide price at which the designer formerly sold the products. The tags also offer a price termed “our price,” which represents a steep discount off the false original price.

“But the [prices] used by Michael Kors…were a sham. In fact, Michael Kors manufactures certain goods for exclusive sale at its Kors Outlets, which means that such items were never sold, or even intended to be sold at the…price listed on their labels,” the complaint states.

Filed by lead plaintiff Tressa Gattinella, the lawsuit claims that Gattinella purchased a pair of jeans at a Kors Outlet in California earlier in the month for $79.00, believing she was paying significantly less than the original price of $120 listed on the tag, the suit states. That would be a reasonable assumption. But … of course there’s a but…

But… the Kors lawsuit contends that despite the Gattinella’s belief that she purchased the goods at a 33 percent discount, Michael Kors never intended to sell the jeans at the artificial $120 price listed on the tag, the suit says. By listing the false price comparison, Michael Kors deceived the plaintiff into making a full retail purchase with no discount, the complaint alleges.

“Plaintiff would not have made such purchase, or would not have paid the amount she did, but for Michael Kors’ false represented of the former price … of the items she purchased, as compared with the supposedly discounted ‘our price’ at which Michael Kors offered the items for sale,” the lawsuit states.

The lawsuit is seeking certification for a class of all California residents who purchased apparel from a Kors Outlet store and urges the court to issue an injunction ordering the company to comply with California’s comparative price advertising laws and prohibiting Michael Kors from using deceptive practices moving forward.

Canada following suit….a class action testosterone lawsuit has been filed by plaintiffs in Canada who allege that they were never warned about the increased risk of cardiovascular events with the low testosterone injection Delatestryl. The case was filed on July 22, 2014 in the Ontario Superior Court of Justice.

FYI—a multidistrict litigation involving over 150 testosterone lawsuits is also pending in the U.S. District Court for the Northern District of Illinois. The case is In Re: Testosterone Replacement Therapy Product Liability Litigation (MDL No. 2545).

Testosterone safety reviews were also launched by the European Medicines Agency (EMA) and Health Canada. Recently, the FDA warned the public that there is a growing body of evidence suggesting that testosterone therapy may increase the risk of cardiovascular events in men.

The reviews were prompted by two research studies linking testosterone products to a higher risk of blood clot, stroke and heart attack. One study, published in last November in the Journal of the American Medical Association, found that older men were more likely to suffer cardiac death if they took testosterone. Older men and younger men with pre-existing heart problems were more likely to suffer a heart attack, according to another study published January in the journal, PloS.

Unsolicited Phone Calls Elicit Settlement…Well, it’s not the largest settlement in class action history—but it’s a victory none-the-less. After all, one less unsolicited phone call has got to be a good thing!!! This week, a settlement has been reached in a Telephone Consumer protection Actclass action lawsuit that alleges the polling and public opinion research company Mountain West Research Center LC violated the Act by contacting consumers by phone without their permission.

The preliminary $1.5 million settlement will resolve the class action which was filed by Plaintiff Paul Mankin in September 2013 alleging Mountain West called people’s cellphones without prior express consent, using an automatic telephone dialing system and using an artificial or prerecorded voice.

Under the terms of the proposed settlement, Mountain West will create a $1.5 million fund to for a settlement administrator, a website, preparing an opt-out list, preparing a list of persons submitting objections to the settlement, and disbursing payments to all class members who do not opt-out.

Settlement members who do not opt out will receive a direct payment via check in the amount of approximately $65, according to court documents.

No info on a fairness hearing date yet—so stay tuned…