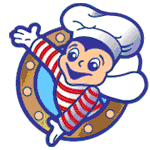 Bumble Bee Got Stung This Week—with a consumer fraud class action. Yes, it’s true, I’m afraid. The worker bee of tinned seafood (I have never understood what a bumble bee is doing on a tin of tuna) is facing allegations that it repeatedly violated California and federal laws that require companies to use truthful, accurate information on their packaged food labels. (Shame, shame.)

At specific issue in the Bumble Bee lawsuit are the health claims made by Bumble Bee Foods pertaining to its tinned seafood products.

The alleged violations include failing to disclose that Omega-3 has no established Daily Value under FDA regulations, and a failure to properly disclose the high levels of fat, saturated fat and cholesterol in Bumble Bee food products on the packaging and labeling.

The Bumble Bee class action lawsuit states “To appeal to consumer preferences, Bumble Bee has repeatedly made unlawful nutrient claims on products containing disqualifying levels of fat, sodium and cholesterol. These nutrient content claims were unlawful because they failed to include disclosure statements required by law that are designed to inform consumers of the inherently unhealthy nature of those products. ”

The lawsuit states, by way of example, “Tuna Salad Original with Crackers Kit” has 18g of fat per labeled serving, but does not bear a statement that fat exceeding the specified level is present.

The Bumble Bee Foods lawsuit is a nationwide class seeking to represent consumers who purchased Bumble Bee products labeled “Rich in Natural Omega-3” or “Excellent Source Omega-3” within the last 4 years. The California-based law firm of Pratt & Associates is representing the plaintiffs in this class action.

Something a Little Loco ‘Bout Vita Coco…While we’re on the subject of consumer fraud—a preliminary settlement has been reached in the consumer fraud class action lawsuit against All Market Inc. d/b/a Vita Coco. You must remember this—(a kiss is just a—no—wrong song sheet)—it’s the miracle vitamin water. After all, it does everything including taking the garbage out.

If you purchased Vita Coco Products between August 10, 2007 and the present you may be entitled to a payment from a class action settlement.

There are other conditions the company has agreed to as part of the Vita Coco settlement, which you can find here along with your options as a class member- e.g., do you want to remain in the settlement class, or would you like to be excluded…where do you obtain forms, those kinds of things.

This settlement is only preliminary. The Court will hold a hearing on August 22, 2012 to consider whether to grant final approval of the settlement and whether to grant Class Counsel’s (as defined in the Stipulation) request for attorneys’ fees, reimbursement of expenses and incentive awards for class representatives.

Good Citizens They Weren’t but…It’s Payback Time! Citizens Bank has agreed to pay $137.5 million (Cha Ching!) to settle a class action lawsuit which accused the bank of manipulating its customers’ debit card and ATM transactions in order to generate excess overdraft fee revenues for the bank.

The lawsuit is part of multidistrict litigation involving more than 30 different banks entitled In re Checking Account Overdraft Litigation, case number 09-cv-02036, is pending before U.S. District Judge James Lawrence King in Miami. Citizens Bank is part of Citizens Financial Group which, through RBS Citizens, N.A. and Citizens Bank of Pennsylvania, operates more than 1,500 retail banking branches throughout the Northeast, the Mid-Atlantic and the Mid-West.

The Citizens Bank lawsuit claims that the bank employed software programs designed to extract the greatest possible number of overdraft fees from its customers. According to the lawsuit, Citizens Bank re-sequenced its customers’ debit card and ATM transactions by posting them in highest-to-lowest dollar amount, rather than in the actual order in which the transactions were initiated by the customers and authorized by the bank. According to the lawsuit, this internal bookkeeping practice resulted in Citizens’ customers being charged substantially more in overdraft fees than if their debit card and ATM transactions had been posted in the order in which they were authorized by the bank.

I wonder if that settlement amount includes interest?

And on that note—happy weekend. Where’s the gin got to… 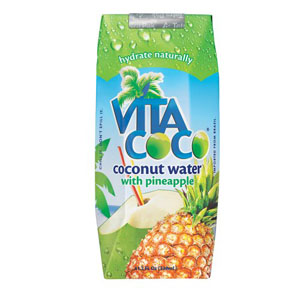 Vita Coco a bit Loco with their Health Claims?  A consumer fraud class action lawsuit was filed this week, against All Market Inc., the manufacturer of Vita Coco Coconut Water, over allegations that you ain’t getting what you pay for.

The plaintiff in the lawsuit alleges that Vita Coco products are falsely marketed as “super-hydrating,” “nutrient-packed,” “mega-electrolyte,” “life-enhancing,” and healthy “super-water” that should be regularly consumed to help maintain optimal hydration. In reality, Vita Coco products are no more hydrating than a standard sports drink and, for some Vita Coco products, do not even contain the levels of electrolytes indicated on their nutritional labels.

According to a recent independent study, certain Vita Coco products have nearly 50% less sodium and significantly less magnesium than advertised.

Lawyers representing the plaintiffs state that consumers are paying a premium for a product that simply does not live up to its health claims, and that Vita Coco products do not deliver on their nutritional promises. Well, if the products lived up to the advertising they should be putting that stuff in the tap water!

The lawsuit was filed on behalf of purchasers of Vita Coco products between August 10, 2007 and the present.

In the case of Ronald Dummitt and Doris Kay Dummitt v. A.W. Chesterton, et al., a jury found Crane Co. and Elliott Turbomachinery Co., responsible for the asbestos exposure that led to a U.S. Navy boiler tender’s diagnosis of pleural mesothelioma, an incurable form of cancer.

In returning its verdict, the jury determined that Crane and Elliott acted with a reckless disregard for the safety of others in failing to warn. The jury apportioned 99 percent responsibility to Crane and 1 percent responsibility to Elliott. The award included $16 million in past pain and suffering and $16 million in future pain and suffering to Mr. Dummitt.

In the case of David Konstantin and Ruby Konstantin v. 630 Third Avenue Associates, et al., the jury found Tishman Liquidating Corporation, formerly known as Tishman Realty & Construction, Co., Inc., responsible for Mr. Konstantin developing mesothelioma of the tunica vaginalis, one of the rarest forms of cancer in the world. Like all cases of mesothelioma, this form of the disease is not curable.

If ever there were an Argument for Being your own Health Advocate… this would probably be it. A man admitted to Temple University Hospital for three severe hypoglycemic episodes over two days, episodes that left him with permanent brain damage—by the way—has been awarded $19 million in settlement of his medical malpractice lawsuit.

The short version of his terrifying story is that after having been released from hospital without a diagnosis or explanation as to why he was suffering from hypoglycemia, Ronald S. Campbell was admitted and subsequently discharged again—and for the last time—at 1:04 am. The middle of the night—or the wee hours of the morning. Whichever you prefer to call it, Campbell’s lawyers argued, rightly, that it was a time when his family would probably be asleep (you think?) and that hospital staff knew that and that Campbell’s family would therefore not able to monitor his condition.

In their defense, the hospital said it met the standard of care in restoring Campbell’s blood sugar to a stable level and noted that he had been previously noncompliant with insulin instructions. Yes—but since when do you discharge people in the middle of the night—and without figuring out what was going on? This whole situation may have been preventable… but instead he has brain damage.

OK. That’s it for this week. See you at the Bar—pool bar most likely.