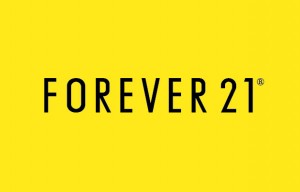 Don’t make any plans! We might need you to work…or not. Forever 21 Retail Inc. is the latest retailer to get hit with an employment class action lawsuit over the practice of using on-call shifts. This practice results in failure to compensate workers who report for work but ultimately aren’t put to work. Nice one.

Former Forever 21 sales clerk, Raalon Kennedy, claims in the lawsuit, that the clothing retailer doesn’t pay its employees reporting time pay, which they are entitled to if they report to work but aren’t put to work or work less than half a scheduled day’s work. In the complaint, Kennedy calls this practice the latest form of wage theft.

“On-call shifts, like regular shifts, also have a designated beginning time and quitting time. Forever 21 informs its employees to consider an on-call shift a definite thing until they are actually told they do not need to come in,” the lawsuit states. “In reality, these on-call shifts are no different than regular shifts, and Forever 21 has misclassified them in order to avoid paying reporting time in accordance with applicable law.”

According to the Forever 21 lawsuit, Kennedy worked as a sales clerk at a Southern California Forever 21 store, where he was frequently scheduled to work on-call shifts, both after his regularly scheduled shift and on days when he otherwise wasn’t required to work.

Under California labor law, nonexempt employees must be paid reporting time pay when they are required to report to work but aren’t put to work or are only paid less than half of their scheduled day’s work. Kennedy states that Forever 21 never compensated him with reporting time pay.

The complaint asserts that these on-call shifts take a toll on employees, especially those in low-wage sectors, making it difficult for employees to obtain other employment or plan activities on days they’re scheduled for on-call shifts.

The complaint alleges failure to pay reporting time pay, failure to pay all wages earned at termination, failure to provide accurate wage statements and unfair business practices and asks for the payment of unpaid wages as well as compensatory and economic damages and attorneys’ fees and costs, among other claims for relief.

The case is Kennedy v. Forever 21 Retail Inc. et al., case number BC597806, in the Superior Court of the State of California, County of Los Angeles. Go get ‘em!!

Publix Supermarkets outed for making robocalls… Yup—‘fraid so. They got hit with a Telephone Consumer protection Act (TCPA) lawsuit this week that claims the company made numerous auto-dialed phone calls to lead plaintiff Eric Snover, telling him to pick up a prescription when he had never used Publix’s pharmacy services.

In the Publix robocall lawsuit, Snover contends he received 13 calls made my robodialers, all of which had a recorded voice telling him that his prescription was ready for pick up at a Destin, Florida, Publix store. However, Snover claims that he doesn’t live in that town, that he has never used a Publix pharmacy, and he has never given the grocery chain his cellphone number.

Additionally, the lawsuit claims that the recording provides no opportunity to opt out of the robocalls or to ask Publix to stop calling them.

Wishing to end the unsolicited calls, Snover contacted Publix three times, according to the lawsuit, each time an employee assured him that the calls would stop. However, the calls continued until November 2014, the complaint states.

In-store pharmacies are present in nearly 80 percent of Publix’s 1,100 stores in the South and comprise a principal part of its business, the complaint states. “In an effort to increase their bottom line and garner market share in the pharmacy services industry, defendant engaged in a systemic marketing campaign involving artificial or prerecorded voice calls … to consumers’ cellular telephones to inform them that prescriptions were ready for pickup,” the lawsuit states.

“However, defendant didn’t obtain written express consent for those prescription service-related calls.” Instead, Publix queried its database of cellphone numbers for consumers who may have previously filled prescriptions at its pharmacies and used an autodialer to call them, the lawsuit states.

Many of these consumers don’t use Publix’s prescription services and did not have any prescriptions to pick up a Publix pharmacy, Snover contends. “As a result, many consumers were automatically opted in to Publix’s autodial program, resulting in an obligation to affirmatively opt out in order to avoid repeated, unsolicited autodialed calls.” Snover claims that Publix ignored requests by consumers to stop the allegedly illicit calls.

Snover seeks to represent a national class of consumers whom Publix used an autodialer to call their cellphones about a pharmacy service since October 2011, according to the complaint.

Each member of the proposed class would be entitled to $500 for every negligently placed call or $1,500 for each call placed in knowing violation of the TCPA, Snover said. His suit also seeks injunctive relief.

Duke Energy Outduked? Ok—here’s a biggy. Albeit preliminary—the settlement on the table is a suggested $80.9 million. If approved, it will end an antitrust class action lawsuit pending against Duke Energy Corp.

Short version on the lawsuit: filed on Ohio federal court, the suit claimed Duke gave corporate customers a competitive advantage via illegal rebates in exchange for their support of a rate stabilization plan the company was trying to pass through the Public Utilities Commission of Ohio.

According to information issued by Duke, the terms of the settlement provide for residential and non-residential customers, from January 2005 to December 2008, to share in $25 million, while $8 million will be used to fund energy-related programs to benefit Duke Energy Ohio customers. The remaining $23 million is pay legal fees and other expenses.

If approved, the Duke Energy settlement would end 8 years of litigation. The lawsuit was brought by Duke Energy residential customer Anthony Williams, non-residential customer BGR Inc. and others accusing the company of using various unlawful schemes to funnel tens of millions of dollars in rebates to its largest corporate customers.

Ok! That’s a wrap folks…See you at the Bar!