Weekly wrap-up of new lawsuits and settlements as of October 7, 2011 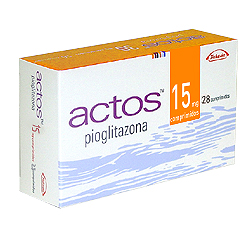 Ok, this one’s not a Class Action, but it’s news you should know about…Actos (pioglitazone) made the news this week with the launch of a nationwide Actos lawsuit filed by people who have taken the diabetes medication and allege it is associated with the development of bladder cancer. Although the risk for bladder cancer isn’t exactly news, the filing of the lawsuit is—it is not a class action, rather each qualifying individual will seek damages consistent with the merits of his or her individual case.

If you have or are taking Actos and are interested in this suit, you must meet basic criteria including that you have actually taken the drug and developed bladder cancer, sadly.

Actos is one of the most popular diabetes drugs in the world. Recently, however, studies have shown that Actos use is linked to serious side effects, particularly bladder cancer. These studies show that the longer one takes Actos, the greater the risk of developing bladder cancer. As a result of this mounting scientific evidence, the FDA has issued warnings regarding Actos and bladder cancer. In France, the French Agency for Safety of Health Products recalled Actos from the market on June 9, 2011. Regulators in Germany recommended that physicians not prescribe it.

FYI—time limits exist that limit the amount of time you have to join the lawsuit, so if you think you may have a claim check it out now.

Oh Happy Honda—or not—as the case may be. A federal court has approved a settlement of a defective product class action filed against American Honda Motor Co. Inc. The lawsuit alleges that Honda failed to fix or warn customers that the sun visors in its hugely popular Honda Civics were defective.

Specifically, the Honda Civic sun visor lawsuit claims that defects on the sun visors on some Honda Civics caused the visors to split apart, possibly impairing their function. The class action lawsuit also alleges that Honda should have corrected the defective sun visors or should have disclosed the defect at the time of sale. Yes, but that would have been the right thing to do.

You are eligible as a class members of the “Honda Civic sun visor class action” if you are a U.S. resident who are current or former owners or lessees of one of many Civic models, including but not limited to all 2006-08 Civic. There are MANY more models which you can check out here.

Here’s another relevant detail, as part of the settlement, Honda has agreed to extend the warranty on sun visors on Class Vehicles to seven years or 100,000 miles, whichever first occurs. Wait—there’s more—Honda has also agreed to reimburse Class Members for out-of-pocket expenses incurred prior to the Effective Date of the settlement for the repair or replacement of a sun visor or sun visors on Class Vehicles. If you are a class member, you are eligible for a cash reimbursement if:

Another one for the books—the real estate trust Dynex Capital Inc, has agreed to pay $7.5 million to settle a New York class action lawsuit over securities in the sale of bonds backed by thousands of loans on manufactured homes.

In March 2011, U.S. District Judge Harold Baer issued one of the few decisions to ever have certified a class of investors pursuing federal fraud claims in connection with the sale of asset-backed bonds. The case is an important one for investors because it provides a road map for prosecuting fraud claims involving other asset backed bonds on a class-wide basis.

The lawsuit was filed in 2005 by Teamsters Local 445 Freight Division Pension Fund and Dynex lost multiple attempts to have the case thrown out of Court. The settlement still must be approved by Judge Baer of the U.S. District Court, Southern District of New York.

The Plaintiff charged that Dynex, its subsidiary Merit Securities Corp., and senior executives at both companies lied about the quality of mobile home loans that were collateral for bonds sold as Merit Series 12-1 and Merit Series 13 from Feb. 7, 2000 to May 13, 2004.

According to the lawsuit, Dynex and its representatives made misleading statements that artificially inflated the value of the bonds, understated the amount of delinquencies and repossessions affecting the bonds and violated its own publicly stated underwriting guidelines in making poor-quality loans. Defendants also made false statements about the deteriorating performance of the downgraded bonds because the company was scrambling to protect itself in the midst of a dramatic financial collapse, the lawsuit charged.

Ok—That’s it for this week. See you at the bar—that’s poolside baby.