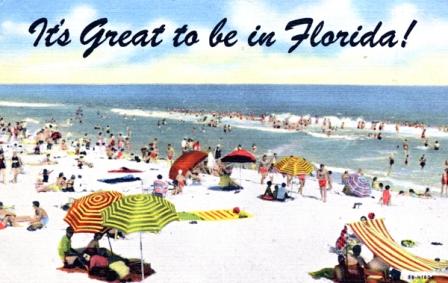 It was a busy week for settlements…

Cloudy Day for the Sunshine State? About 8,500 elderly and disabled Medicaid recipients have been awarded a settlement of $27 million in their class action against the state of Florida.

The lawsuit, filed in 2008, alleged that the state’s Medicaid program forced the plaintiffs into nursing homes, by making it almost impossible to get funding for home or community-based care. Is this what is meant by “proactive health care?”

The lawyers for the plaintiffs argued that Florida violated principles of the Olmstead decision, the 1999 U.S. Supreme Court ruling which indicated that the unjustified institutional isolation of people with disabilities is a form of unlawful discrimination under the Americans with Disabilities Act. And they won. I should think so!

The suit alleged that Drew Bianchi, who was just 21 at the time, sustained traumatic brain injuries as a result of the collision. The settlement appears to be the largest for a single-plaintiff personal injury case brought in the Santa Clara County Superior Court, in California, in at least 10 years.

C’mon, I Dare You…Now Pay! A 72-year-old woman from Travis County, Texas, has been offered a $40,000 settlement from the county in response to a tasering lawsuit she filed. The taser episode was captured on video and widely distributed throughout the country.

Winkfein had allegedly been tasered by a deputy constable after she dared him to use the taser during a traffic stop last May. Winkfein sued for $135,000 in pain and suffering, medical expenses and humiliation. In response, the country commissars approved the $40,000 counteroffer on Wednesday. I can’t help wondering how the police would have handled this situation before the introduction of tasers…and what would have been done if the incident hadn’t been caught on video….

That’s it for this week…see you at the Bar.