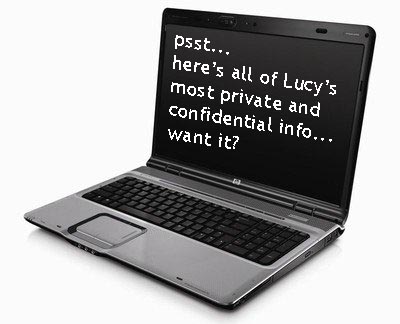 Farmers Fixin’ to Fight some Fixin’. The proposed class action seeks to represent all US purchasers, such as farmers and ranchers, of magnesium oxide or products containing magnesium oxide that were manufactured or distributed by Premier Chemicals LLC, Sumitomo Corporation of America, or YAS, Inc after January 1, 2004.

The lawsuit lists several various complaints, including the three companies who were allegedly justifying price increases on the basis of short supplies, and increased energy and freight costs, when Sumitomo was only using half of its entire capacity on a major barge route to Tulsa in 2004 in order to protect a price-fixing arrangement with Premier.

Not surprisingly, then the suit accuses the defendants of violating state and federal trade laws by entering into an agreement that artificially restrained commerce and manipulated prices of magnesium oxide.

Breaking News: 9/11 First Responders: Attorneys representing the plaintiffs who were injured while working in the rescue, recovery and debris removal activities at the site of the World Trade Center following the 9/11 terrorist attacks and subsequent collapse of the twin towers have confirmed today that they have surpassed the requisite ninety-five percent (95%) opt-in threshold required in their agreement with the City of New York and its Contractors. As a result, the Settlement is officially effectuated, as Settlement Allocated Claims Neutral Matthew Garrettson, Esq., announced earlier today

The original Settlement Process Agreement (‘SPA’) with the City is worth $625-$712.5 million, depending on the percentage of overall plaintiffs opting in to the settlement. That settlement has been made sweeter by a group of additional settlements negotiated with the Port Authority of New York and New Jersey ($47.5 million), two of the three contractors responsible for work performed at the Fresh Kills landfill in Staten Island with WTC debris ($24.3 million), the insurers for the Marine defendants responsible for the barges transporting WTC debris ($28 million), respirator manufacturer Survivair ($4.15 million) and Tishman ($1.4 million).

Another bad bank story—although this one isn’t completely over – until it’s over. BankAtlantic Bancorp, Inc announced this week that a jury in a shareholder class action suit against the Company has returned a verdict awarding $2.41 per share to shareholders who purchased shares of the Company’s Class A Common Stock during the period of April 26, 2007 to October 26, 2007 who retained those shares until the end of the period.

The suit was filed on allegations that the company granted a $27 million loan without an adequate appraisal of the underlying collateral, “significantly understated” its at-risk portfolio, lacked adequate internal and financial controls and deferred the recognition of losses associated with certain nonaccrual loans rather than taking timely writedowns on those loans. Umm.

BankAtlantic, however, sees the situation differently. No surprise there. The company said in a statement about the decision that it plans to file motions to set aside the verdict and if these are denied, the judge has indicated that she will certify all issues to the 11th Circuit Court of Appeals before any judgment is entered or claims commenced. Wonder if their service fees will go up…

Ok—that’s it for this week. See you at the Bar.