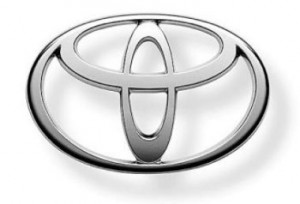 Edible cars? Ask Toyota. They got hit with a proposed defective automotive class action alleging the car giant used soy-based materials in some of its wiring materials, which has attracted rats and mice – a meal too good to pass up? Apparently, because they rodents are  gnawing at the wiring, which require repairs that Toyota has so far refused to cover. And that’s hard fort car owners to swallow.

Filed by Plaintiff Ray Roscoe, the Toyota lawsuit claims that he was told by a Toyota dealership in December 2016 that an additional extended warranty he had purchased did not cover the extensive damage caused by mice on his 2012 Toyota Sequoia. This is because rodents are considered an “outside source of damage to the car”, even though the dealership has to retain a “mouse man” whose sole job is to repair the vehicle damage rodents cause, according to the complaint.

The lawsuit goes on the state that complaints filed with the National Highway Traffic Safety Administration provide evidence that many consumers have experienced wire damage caused by rodents and other animals chewing the soy-based portions of the wiring in several Toyota models. Class vehicles include the 2009-2016 Camry, 2002-2016 Camry Hybrid and the 2014-2016 Corolla, among others.

Further, the lawsuit alleges Toyota must have been aware of the defect from the NHTSA records as well as various news reports and its own log of customers’ complaints, but nevertheless “routinely refuses” to repair the vehicles under warranty because it says rodent damage is an environmental problem.

“The environmentally friendly and less expensive soy-based coating is the problem,” the complaint states. “While class vehicles are essentially being attacked by rodents and other animals, older vehicles with non-soy-based insulated wires that are exposed to similar conditions do not experience rodent-caused damage.”

The plaintiff is seeking a minimum of $17,405.36 in damages to recoup the cost of repairs and a rental car he used while his car was in the shop. The proposed class is defined to include everyone in Massachusetts who owns or leases one of 17 Toyota vehicle models, which could involve “many thousand[s]” of class members, according to the complaint.

The case is Ray Roscoe individually and on behalf of all others similarly situated v. Toyota Motor Sales USA Inc., number 3:17-cv-12332 in the U.S. District Court for Massachusetts.

They’re working on it! Amazon employees that is… They filed an employment class action lawsuit against Amazon this week, alleging the online retailer fails to provide its fulfillment centers employees with rest breaks and overtime pay for shifts exceeding 10 hours in length.

Filed by named plaintiff Romeo Palma, who works for Golden State FC LLC, the business that operates several of Amazon’s fulfillment centers in California, the lawsuit asserts he and other workers haven’t received overtime wages, premium wages and timely and accurate wage statements as a result of working 10-hour shifts that don’t provide a requisite third rest break.

According to the Amazon complaint, workers’ duties include packaging, loading, unloading and other tasks. Further, workers are regularly scheduled for 10-hour shifts or more. Workers must walk through large warehouse facilities when they clock in and out of shifts, which can take several minutes, time they are not compensated for, according to the complaint. Further, they are not paid for the time it takes to travel to their location for work.

“This results in class members’ working on the clock more than 10 hours, when scheduled for a 10-hour shift, without receiving or being compensated for a third rest break, in violation of https California labor law”, the complaint states.

Plaintiffs are seeking one hour of wages for each missed or uncompensated rest period, all unpaid overtime wages and liquidated damages on the overtime claim, statutory penalties and restitutionary disgorgement pursuant to the Unfair Competition Law.

The proposed class seeks to represent any California resident who worked for Golden State as a nonexempt employee in the past four years.

The case is Romeo Palma v. Golden State FC LLC d/b/a Amazon.com, in the Superior Court of the State of Sacramento.

According to the ADT lawsuit, ADT was negligent in securing its customers’ data, leaving it vulnerable to hacking. This settlement resolves claims brought in five separate ADT class action lawsuits filed between November 2014 and April 2016 in Arizona, California, Florida and Illinois.

Eligible class members include former and current ADT customers who, between November 13, 2009 and August 15, 2016, contracted with ADT or an ADT dealer for installation of a residential security system for at least one wireless peripheral sensor. Eligible class members can receive up to $45 from the settlement fund, once final approval is granted.

Under terms of the settlement, ADT will put up a $16 million in the fund to cover fees, court costs, incentive awards for the named plaintiffs, and costs of administering the settlement. Remaining settlement funds will be distributed among qualifying Class Members who submit valid and timely claims. Qualifying claimants will receive a larger payment if they contracted for installation of an ADT security system after July 23, 2014. Documents revealed in discovery show the wireless vulnerability at issue was brought to ADT’s attention as of that date. The higher payment reflects the greater strength of those Class Members’ claims.

The deadline to file a claim is February 26, 2018. A final fairness hearing is scheduled for February 2018.

The case is Edenborough v. The ADT Corporation and ADT, LLC d/b/a ADT Security Services, Case No. 16-cv-02233-JST, in the U.S. District Court for the Northern District of California.