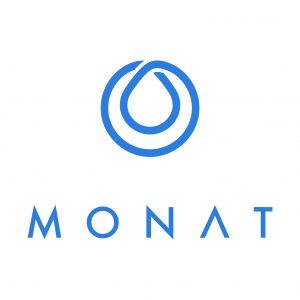 A hairy tale indeed… Monat got hit with a defective products class action lawsuit this week, alleging the company misrepresents its hair products as being safe and able to aid in the regrowth of hair, when rather, they cause irritation and hair loss. Something lost in translation, maybe?

Filed by consumers Trisha Whitmire and Emily Yanes de Flores, the complaint states that despite being aware that its products contain harsh chemicals that may cause sustained, significant hair loss, even after consumers stop using the products, Monat Global Corp, has concealed this information from consumers.

Plaintiff Whitmire states in the complaint that she purchased and used a variety of hair products from the company between January and October 2017. During that period she experienced hair loss. Her hair only started to regrow once she began to use different products.

Similarly, plaintiff Flores states that she noticed that her hair didn’t seem healthy while she was using Monat products, however a company representative told her it was part of a “detox” period. Her hair began to break, and she experienced burning and itching on her scalp, the complaint states. She claims that the problems she was experiencing led her to do research into the cause which led her to find others who experienced similar issues.

When consumers informed Monat of these problems, the company told them it was part of a “detox” period, urged them to purchase more products or blamed it on suppliers, according to the complaint. Monat even sued a woman who created a Facebook page for those affected by the allegedly faulty products, and otherwise covered up complaints, the lawsuit states.

The Monat complaint also states that the products allegedly contain sulfates and petrochemicals, despite advertising the products as being free of such substances.

Whitmire and Flores claim they and others similarly situated were injured and had they known that the hair care products were deliberately misrepresented, they would not have bought them.

Whitmire and Flores seek to represent a class of people who have bought or used Monat hair care products since January 1, 2014.

Got an exploding pressure cooker? Read on. A proposed class action settlement has been preliminarily approved potentially ending allegations against Tristar Products, Inc. (“Defendant”) that certain models of its pressure cookers are defective.

According to the lawsuit, certain models of Tristar pressure cookers may have defects including, 1) suddenly releasing steam while being opened; 2) the lid may be removed while still under pressure; 3) the pressure relief valve may inaccurately indicate pressure levels; 4) a faulty gasket may allow the lid to open despite pressure build up; 5) the unit may not seal properly; and/or 6) the pressure cooker can develop pressure when the lid is partially or improperly closed. Plaintiffs claim that the alleged defects diminish the original purchase price value and as a result class members may be entitled to a credit on their original purchase.

Class Members include those who purchased, for personal use and not for resale, certain pressure cookers between March 1, 2013 and January 19, 2018. A complete list of the pressure cookers at issue is on the detailed notice found on the website.

Settlement Class Members who timely submit a completed claim form and verify that they have watched, or read a transcript of, a safety video will be eligible for a $72.50 credit redeemable towards one of the following products, subject to availability and possible substitution: 1) Power Cooker, a 10 qt. pressure cooker – Model No. PC-WAL4; 2) Power Air Fryer XL, a 5.3 qt. air fryer – Model No. AF-530; or 3) Copper Chef XL Precision Induction Cooktop Set, consisting of induction cooktop, 11″ deep dish casserole pan with glass lid, fry basket, steam rack, 10″ round pan with glass lid, and recipe book. Valid Class Members will also be eligible for a free one-year warranty extension for the pressure cooker they currently own. Visit the website for complete information on benefits.

The Court will hold a Fairness Hearing on July 12, 2018 to decide whether to approve the settlement among other things.

Real payday for 3,800 plaintiffs… in a consumer financial fraud class action lawsuit against MoneyLion of Virginia LLC. They will receive refunds and debt forgiveness, following the announcement of a settlement with the defendant, earlier this week.

The class action complaint alleged predatory lending practices by the defendant. According to attorneys for the class, MoneyLion offered consumers closed-end, installment loans between January and July 2017 despite not having the license to do so. Additionally, the company allegedly charged consumers annual interest rates as high as 359 percent APR.

It is estimated that the settlement deal will save plaintiffs about $3 million in fees and interest.

According to the terms of the deal, MoneyLion will pay $359,811.50 in refunds, and surrender $2,354,097.05 in illegal interest. Further, it will pay $10,000 in civil penalties, $20,000 in costs and fees, and be banned from making misrepresentations about its license status, allowable interest rates and allowable fees.

Ok Folks – that’s a wrap for this week. See you at the bar!!