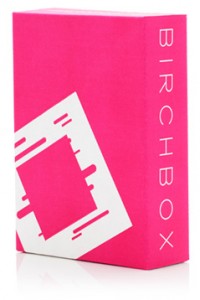 Birchbox not a Beautiful Thing? Ah, no—you can’t automatically send me stuff and charge me for it without telling me first….According to an unfair business practices class action lawsuit filed against high end cosmetics retailer Birchbox Inc, that’s exactly what the company has been going on. Birchbox, an online subscription-based cosmetics seller that allows customers to sign up for monthly boxes of cosmetic samples based on their preferences. According to the lawsuit, the company is in violation of California state business laws because it fails to disclose to its users that their shipments automatically renew.

Tiffany Lapuebla, the plaintiff who filed the Birchbox class action, purchased a subscription to Birchbox in January 2013. According to the suit, Birchbox failed to show Lapuebla the renewal terms clearly. They charged Lapuebla’s credit card without getting her affirmative consent to the automatic renewal terms and failed to give information about how to cancel the service. The lawsuit also claims there is no disclosure in Birchbox’s acknowledgment for free trials about how to cancel before getting charged for the recurring subscription.

Lapuebla is also accusing Birchbox of violating the state’s unfair competition statute based on the name of the subscription in her shopping cart: “Women’s Rebillable Monthly Subscription.”

The proposed class includes any Birchbox subscribers since 2011 and seeks unspecified damages.

The Long Road to Justice—this is amazing! An $11 million verdict was handed down to the plaintiffs in a Toyota sudden acceleration personal injury lawsuit resulting from a defect in a 1996 Camry. The jury ruled that the defect contributed to an accident which left three people dead and two seriously injured.

While the jury found that the Camry’s driver, Koua Fong Lee, was 40% responsible for the crash, they cited Toyota as being 60 percent responsible. In the 2006 crash Lee rear-ended an Oldsmobile after exiting a highway. The driver of the Oldsmobile, Javis Trice-Adams Sr., and his son were instantly killed. His niece, also in the Oldsmobile, became a quadriplegic as a result of the crash and died 18 months later. Trice-Adams’ father and daughter were also injured.

The jury awarded both families a combined $11.4 million, though due to Lee’s partial responsibility, his $1.25 million award will be reduced to $750,000, according to his lawyers.

This is incredible—in 2008, Lee was convicted of negligent homicide and sentenced to eight years in prison. However, his conviction was overturned after Toyota’s recalls of later-model cars for acceleration defects, tied to floor mats and pedals, brought new attention to the case. Lee had claimed that the Camry started to accelerate by itself and that the car didn’t respond when he hit the brakes. Prosecutors declined to re-charge Lee, who served more than two years in prison.

In 2010, the Trice-Adams family sued Toyota claiming a defect in the Camry caused it to suddenly accelerate. Lee and his family intervened as plaintiffs later that year. The plaintiffs argued the accelerator got stuck in a “near wide-open position,” calling other Camry owners to testify at trial that they experienced similar problems.

The Bayer discrimination deal, if approved, could end the three year legal battle. The plaintiffs have agreed to dismiss the suit with prejudice in a short stipulation filed in New Jersey federal court on Friday, though the terms of the deal were not disclosed.

Hokee Dokee- That’s a wrap folks…Time to adjourn for the week.  See you at the bar!