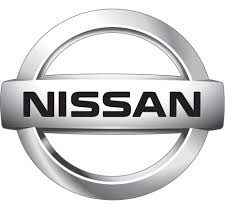 Nissan is listening…maybe literally & maybe too much. The automaker got slapped with a proposed privacy class action lawsuit this week, over allegations the company recorded calls between themselves and customers to or from customers’ cell phone without consent. Nice.

Filed in California state court by Dave Vaccaro, the complaint states that this is regular practice for Nissan, which records both inbound and outbound calls that are placed in California, without first obtaining permission or informing customers, in violation of the California Penal Code.

“Defendant concealed the fact that it was recording the aforementioned phone calls to create the false impression in the minds of plaintiff and those similarly situated without their knowledge or consent that they were not being recorded,” the complaint states. “At the outset of the phone calls there was no warning that the phone calls were, or even may, be recorded. Such warnings are ubiquitous today.”

According to the Nissan lawsuit, Vaccaro and Nissan were in contact by cell phone several times during February but at no time was he aware the automaker was recording the conversations, as they had not asked his permission to do so. Further, the complaint alleges that Nissan failed to provide an automated advisory at the beginning of the calls explaining that they could be monitored or recorded, nor did the company’s representatives give him warning. It’s enough to make you go back to writing letters…

Vaccaro states that he remained unaware of the recording until the end of one of the later calls. It was then that a Nissan agent informed him that Nissan’s calls, including collection and sales calls are recorded. Vaccaro claims that as he had no way of knowing the calls were being recorded until August and that recording calls is part of Nissan’s policy, he is justified in not bringing the claim earlier.

The plaintiff seeks to represent a class of all people in California who, in the last year, had inbound or outbound conversations on their cellphones recorded by Nissan without their permission. Although he doesn’t know how many members of the class there are, plaintiff believes the number to be in the tens of thousands, if not more, according to the complaint.

The complaint brings one count for invasion of privacy in violation of the California Penal Code, seeking the greater of statutory damages of $5,000 per violation or three times the actual damage per violation, as well as $2,500 per violation, exemplary or punitive damages, costs and prejudgment interest.

Vaccaro also seeks injunctive relief in the form of an order requiring Nissan to disgorge its ill-gotten gains and provide the class with full restitution, plus an injunction barring the company from recording calls with California residents without permission.

The case is Dave Vaccaro v. Nissan North America Inc., case number BC653385, in the Superior Court of California for the County of Los Angeles.

Mesh Mess. A good ending for a bad story… A proposed $12.5 million settlement has been approved by a California federal judge, resolving litigation involving Caldera Medical’s transvaginal mesh (TVM) implant. Thousands of insurance claims were filed against Caldera alleging the TVM caused injuries to some 2,700 women.

The Caldera TVM implant was used to treat pelvic organ prolapse and stress urinary incontinence in women. According to the suits, which were consolidated in California state court, Caldera knew or should have known that the TVM devices it manufactured and sold were hazardous and dangerous to people’s health. The claims were filed against Caldera which were then turned into insurance claims with Federal Insurance.

According to court documents, Federal Insurance had already paid out more than $6.3 million in settlements, notwithstanding the thousands of additional claims pending. Federal Insurance asked the court to certify a class of claimants and enjoin the claimants from pursuing further suits affecting the insurance policy.

The state litigation is In Re. Transvaginal Mesh Litigation, case number JCCP 4733, in the Superior Court of the State of California for the County of Los Angeles.

Home Depot bringing it home—$25 million that is—to the banks. A settlement has been reached between Home Depot and financial institutions who brought a class action against the home hardware retailer alleging it was negligent in preventing a massive data breach in 2014.

According to court documents, if approved, the Home Depot data breach settlement would require Home Depot to pay $25 million into a non-revisionary fund to be distributed to financial institutions that have not already released their claims against the retailer for losses stemming from the catastrophic data breach.

For financial institutions with a valid claim, a fixed payment estimated to be $2 per compromised card could be forthcoming, without the institutions having to submit documentation of their losses and regardless of whether any compensation already has been received from another source, according to the agreement.

Class members that submit proof of losses also are eligible for a supplemental award of up to 60 percent of their documented, uncompensated losses from the data breach, documents state.

The retailer also has agreed to pay up to $2.225 million to institutions whose claims were released by a sponsor, such as a card processor, in connection with the card brand recovery program provided by MasterCard.

The MDL is In Re: The Home Depot Inc., Customer Data Security Breach Litigation, case number 1:14-md-02583, in the U.S. District Court for the Northern District of Georgia.