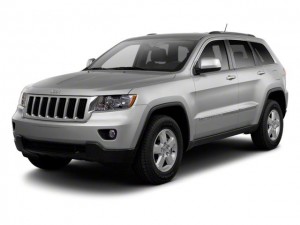 GM, Toyota, now Chrysler—Welcome! to the defective automotive class action lawsuit hall of fame…Cast your mind back—when reports of alleged defects with the Chrysler Totally Integrated Power Module (TIPM)  in 2011-2012 Jeep Grand Cherokees and Dodge Durangos and Dodge Grand Caravans, began to surface…well, predictably, a Chrysler class action has been filed, alleging the alleged defective Chrysler TIPMs can cause numerous electrical problems and serious safety risks. no surprise there. I suppose the good news is that there don’t appear to be any reports of deaths associated with these defects. We hope.

According to the lawsuit, the associated TIPM problems range from difficulty starting the vehicles to stalling to fuel pumps not shutting off. Additionally, the affected vehicles may experience random activation of the built in alarm systems, windshield wipers or horns, headlights going out. Talk about having a bad hair day! That could send a person seriously over the edge.

The alleged defective TIPMs are so common that the replacement parts are backordered for weeks across the US. Terrific.

The plaintiffs allege that to date, Chrysler has refused to reimburse impacted affected owners for their rental car costs or the cost of expensive repairs. Further, Chrysler has to date refused to issue a recall for the TIPM, despite being aware that the defective TIPM pose serious safety risks to those who continue to drive the impacted Chrysler vehicles. So, sing it with me folks—you know the words—Hi Ho, Hi Ho—it’s off to court they go!

Revlon’s hit a Wrinkle with their DNA Advantage product marketing…Wonder if they can make it vanish? The beauty products manufacturer got hit with a consumer fraud class action lawsuit this week—filed by two women who allege the company makes false and misleading claims regarding the benefits of various beauty products. Well, they certainly wouldn’t be the first.

The Revlon lawsuit specifically claims that these products are advertised as providing a “DNA Advantage” despite the fact that none of the products can stimulate, interact with or otherwise affect the genetic code in human skin cells. (Really, we should be very grateful for that…)

Filed by Anne Elkind and Sharon Rosen, of Long Island and California respectively, the lawsuit states: “Revlon claims in its federal trademark registration that ‘DNA Advantage’ refers to an ‘ingredient in the manufacturing of cosmetics and makeup to protect against UV rays’ which is essentially sunscreen. Further, only one of its three ‘Age Defying with DNA Advantage’ products … even contains sunscreen.” Really?

The plaintiffs allege Revlon’s use of the term “with DNA Advantage,” rather than “with sunscreen,” could deceive consumers into believing that the three cosmetic products are scientifically important and beneficial over and above anything having to do with UV protection from sunscreen, Really, it seems to me that if Revlon had found the “Fountain of Youth” we would not be buying this stuff over the counter for under $100 bucks…

The complaint further states that even if the information on the packaging is referring to other ingredients with respect to the “DNA Advantage”, no ingredient identified by its customer service employees is capable of stimulating, interacting with or otherwise affecting the DNA in human skin cells, contrary to Revlon’s advertising claims. Further, Revlon’s packaging of the products features a double-helix design characteristic of the shape of deoxyribonucleic acid or DNA molecules, which could further deceive ordinary consumers.

“Plaintiffs paid more for the products than they otherwise would have absent these statements, and would not have been willing to pay the prices they did, or to purchase them at all, absent the misrepresentations,” the lawsuit states. Well this part adds up.

The complaint, Elkind et al v. Revlon Consumer Products, case number 2:14-cv-02484, in the U.S. District Court for the Eastern District of New York, alleges fraud, false advertising and unfair business practices claims under both New York and California statutory and common law. The lawsuit is seeking class action status, injunctive relief including possibly a recall of the products and payment including punitive damages from the Manhattan-based Revlon Inc, unit.

Pfizer is in a Giving Mood… They agreed to pay a $190M settlement settling a consumer fraud class action lawsuit which alleges the pharmaceutical giant engaged in tactics to delay market entry of generic versions of its epilepsy drug Neurontin.

The lawsuit was filed by purchasers of Neurontin in 2002, claiming Pfizer undertook campaign of sham patent infringement lawsuits and promotion of the drug for unapproved uses in order to maintain market exclusivity. The case is In re Neurontin Antitrust Litigation, No. 02-1390, U.S. District Court, District of New Jersey. That’s an expensive process…

FYI—in 2004, Pfizer pleaded guilty to criminal charges of illegal marketing of Neurontin and paid $430 million to federal and state governments.