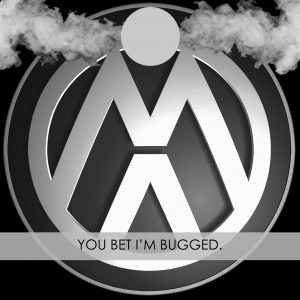 Heads Up Volkswagen and Audi Owners! The automakers got hit with a proposed defective automotive class action lawsuit this week, over allegations they were aware of an engine defect in certain models, which they concealed and which resulted in thousands of dollars in damages to vehicles owners. Know this playbook?

Filed in federal court, the proposed lawsuit states that VW and Audi concealed a defect with the timing chain in certain vehicles built between 2008 and 2013. According to the complaint, the timing chain system is meant to operate normally for at least 120,000 miles, however, the alleged defect caused the timing chain to fail at any time prior to that, causing the vehicles to lose engine power and the ability to accelerate, maintain speed, control steering or fully engage the brakes, putting them at risk of rear-end crashes.

The VW and Audi complaint states that repairing the defect costs $1,200 at a minimum, but can reach $10,000 and involve replacing the entire engine.

The four named plaintiffs, Lloyd Artola, Angel Esquijarosa, Demetrie Hylick and Michael Spencer, are seeking to represent anyone who owned or leased certain Volkswagen or Audi vehicles with the alleged defect. They seek to establish two classes of plaintiffs, a nationwide class and a Florida subclass. The vehicles named in the complaint include various models of Volkswagen Beetles, Golfs, Jettas, Passats, Rabbits, Routans, Tiguans and Touaregs, as well as Audi A3s, A4s, A5s, A6s, A7s, Q3s, Q5s and Q7s.

iOS Privacy Settlings…? More spooky stuff. This week, several major tech companies agreed to a $5.3 million settlement deal that, if approved, would end a privacy class action lawsuit accusing the companies of accessing the address book of iOS users without permission. Not surprised by these types of allegations anymore… sadly.

If court approval is granted, Foodspotting, Foursquare, Gowalla, Instagram, Kik, Path, Twitter and Yelp will share in creating the settlement fund which will pay out an estimated 0.53 cents per user, to more than 7 million users.

The lawsuit was filed in 2012 and alleges the tech and social media companies, through their services, used “unconscionable, illegal practices” in accessing contacts belonging to users without the users’ consent. The plaintiffs assert that this is equivalent to the contacts being “accessed and stolen.”

The lawsuit was brought following publicity around reported breaches of privacy. The Federal Trade Commission also investigated the charges, which resulted in an $800,000 settlement with the social network app Path over its practices. A settlement hearing will be held on May 25. If approved, the settlement would apply primarily to iOS users whose address books were accessed and contacts were viewed by the defendants, without permission, between 2010 and February 2012.

Settlement payments will be made to class members via the Amazon accounts of those affected, unless they request payment in the form of a check. Any unclaimed funds from the settlement will be given to the Electronic Frontier Foundation.

Ten Years After… Here’s one for the books. Already record-setting, this week a decade of litigation may have reached its end, with a $100 million settlement receiving preliminarily approval. The defendant is Haliburton, and the securities class action lawsuit centered around the company’s liability in its disclosure of asbestos use.

Not only has litigation of this lawsuit taken a decade but it has also included two trips to the US Supreme Court. If granted final approval, the $100 million settlement will effectively end one of the longest running securities fraud class actions in US courts, according to a copy of the settlement papers.

The lawsuit was filed in 2002, by a Milwaukee charitable organization that held Halliburton stock under its Erica P. John Fund as well as other plaintiffs. The lawsuit alleged Halliburton’s disclosure of a $30 million verdict stemming from asbestos liabilities sent the company’s stock price plummeting by 40 percent. The company’s stock prices were artificially inflated, the lawsuit claimed, resulting from misstatements issued about its financial liability for asbestos claims.

Chief US District Judge Barbara M.G. Lynn scheduled a settlement fairness hearing to take place at the end of July. Additionally, a deadline of August 12 has been set for any class members who want to participate in the settlement to submit a claim form.