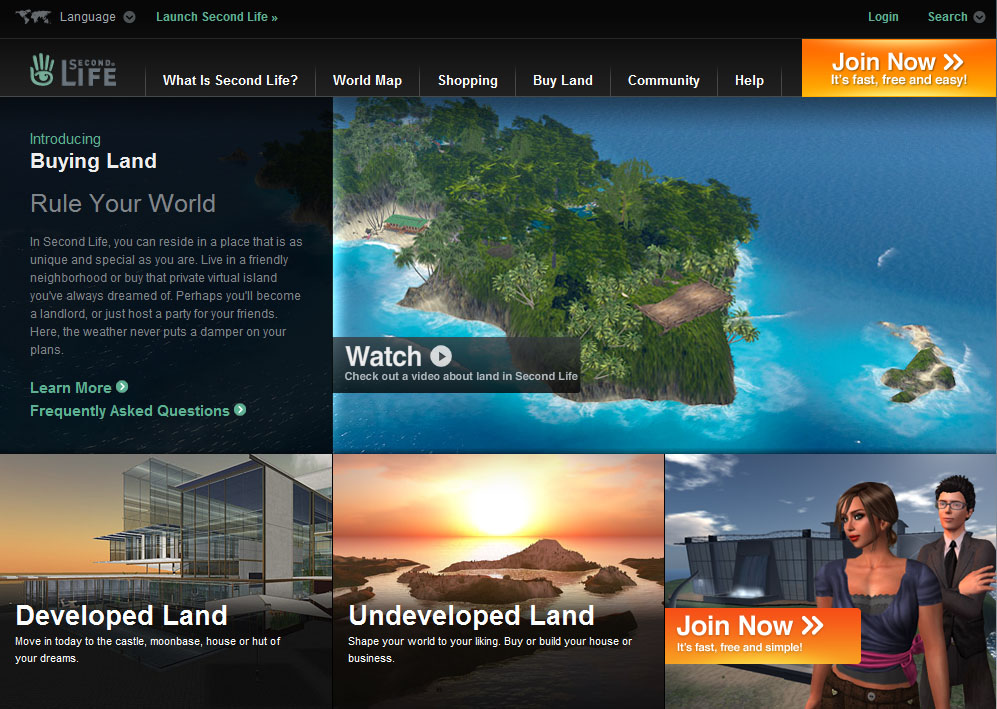 Testing the limits of virtual reality… Second Life—you may have heard of it—an enormously popular and just plain enormous virtual reality platform that enables you to totally reinvent yourself—many times over if you wish… (Think Avatar). Well, it’s the subject of a potential class action lawsuit filed this week. There’s a laundry list of allegations, including consumer fraud, stemming from real estate transactions that took place within the platform.

The simpleton’s version (because Second Life can seem a bit non-sensical to those of us with our feet on terra firma), is that people—members—of Second Life who used real world money to purchase virtual real estate within the platform, have been duped. How? The allegations are that “Linden Research induced thousands of people to invest as much as $100 million of real money in virtual properties, then reclaimed those virtual properties from the purchasers without compensation.” There’s nothing virtual about that allegation.

The law suit also claims that Linden Labs stated that it would protect members’ rights to their virtual property, and that those properties could be used as a source of revenue for the owners. However, the plaintiffs contend that members who purchased virtual real estate were in fact increasing the value of Linden Research in advance of an initial public offering or sale of Second Life. And, Linden Labs, at no time, made any attempt to compensate an estimated 50,000 participants who purchased virtual real estate based upon the company’s promises.

Big Asbestos Settlement in Texas. A 67-year old man was awarded roughly $11 million by a jury this week, in settlement of his asbestos mesothelioma lawsuit. FYI—this is reportedly the largest settlement of its kind in Texas.

The suit was brought on behalf of mesothelioma patient and career painter Vernon Walker and wife Patsy Walker, after Mr. Walker was diagnosed with asbestos mesothelioma allegedly resulting from his exposure to asbestos during his working life.

Mr. Walker worked as a union painter and through his work came in contact with numerous asbestos containing painting products, including texturing paints, block fillers and drywall compounds, some of which were banned by the Consumer Products Safety Commission (CPSC) in 1978 as being “unreasonably dangerous” and likely to cause cancers such as mesothelioma in users.

Interestingly, the jury apportioned 40 percent of the blame to asbestos mining company Union Carbide Corporation, and the remaining liability to product manufacturers Kelly Moore, Georgia Pacific and Bondex. Many of the manufacturers chose to settle before or during trial. Bondex was the only remaining defendant at the time of the verdict.

It’s worth remembering, however, that none of this apportioning of blame or doling out of millions of dollars changes the fact that Mr. Walker has a terminal form of cancer, an illness and a fate that could have been avoided all together.

Schwab YieldMinus Fund? Big securities settlement this week—well, proposed settlement—but is it big enough? Brokerage and investment manager Charles Schwab Corp announced that it has signed a memorandum of understanding with plaintiffs to settle federal securities law claims in a civil class action lawsuit related to the Schwab YieldPlus Fund—to the tune of $200 million—just slightly short of the $890 million the plaintiffs were asking for.

FYI—Schwab YieldPlus Fund was an ultra-short bond fund designed for investment in a variety of fixed income instruments, including—recognize these terms—asset backed securities and mortgage-backed securities.

Obviously the settlement must be approved in court, and if it is, it would resolve allegations that the company deceived investors about the nature of the short-term investments that lost value when the credit crisis happened.

I suppose this could be counted a successful exercise in damage control—but for which party?

That’s it for this week. See you at the bar! (Oh—most definitely that bar).