The top class action lawsuit stories for the week ending May 3, 2013. In class action news this week: SoulCycle, Sega and eBooks. 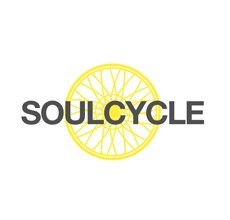 SoulCycle not so full of Soul. Nick Oram, a former SoulCycle master instructor, has filed a California employment class action lawsuit alleging that he and other SoulCycle instructors were not paid consistent with New York and California laws. SoulCycle has built its reputation by providing what it describes as the “best instructors and staff, trained to deliver unique services and personal attention to all levels of riders.” However, as detailed in the SoulCycle class action lawsuit, SoulCycle only compensates these instructors for the time spent teaching their classes, and has failed to compensate them for numerous hours spent in training, preparing for classes, developing routines, compiling playlists, communicating with customers, attending meetings, leading special event classes and engaging in marketing.

As the complaint alleges, SoulCycle’s unlawful wage practices are consistent with its mistreatment of customers as SoulCycle does not provide any reimbursement to customers who are unable to attend classes they sign up for (unless they cancel the class by 5PM the night before), even when SoulCycle is able to re-sell the vacant bike spot. As a result, SoulCycle very often generates revenue from classes at a rate that exceeds the total number of bikes in a studio, to the detriment of its customers.

And, despite the dozens of hours per week SoulCycle instructors are required to work above and beyond the time instructing a class, SoulCycle only compensates these instructors for only the approximately 45 grueling minutes during which each class is taught. Mr. Oram stated that, “It is my goal in this lawsuit to ensure that SoulCycle pays all of the hard working and dedicated instructors what they deserve and compensates them fairly for all hours worked.” Go for it!

Heads up all you Sega Gamers out there… A consumer fraud class action lawsuit has been filed against Sega of America and Gearbox Software over allegations they misrepresented the quality of their new game “Aliens: Colonial Marines” prior to its release.

Specifically, the class action lawsuit states: “Each of the ‘actual gameplay’ demonstrations purported to show customers exactly what they would be buying: a cutting edge video game with very specific features and qualities. Unfortunately for their fans, Defendants never told anyone, consumers, industry critics, reviewers or reporters, that their ‘actual gameplay’ demonstration advertising campaign bore little resemblance to the retail product that would eventually be sold to a large community of unwitting purchasers.”

And: “A major selling point of the ‘actual gameplay’ demonstrations were ‘iconic’ gameplay sections where consumers might essentially step into the role of a character from the ‘Aliens’ movie,” the lawsuit states. “Many of such sections previewed in the ‘actual gameplay’ demonstrations were either gutted beyond recognition or missing entirely from the final product.”

The Sega class action lawsuit is seeking class action status and damages and punitive damages, restitution, disgorgement of profit and an injunction for a proposed class of all US consumers who purchased “Aliens: Colonial Marines” on or before February 12, 2013.

Worth a Read: eBook Lovers Get $20M Settlement… A $20 million settlement has been agreed in the consumer fraud class action lawsuit pending against Verlagsgruppe Georg von Holtzbrinck GmbH’s MacMillan unit, which alleged the publisher conspired with Apple Inc, and other US publishers to fix prices of electronic books, or eBooks.

The latest eBook settlement resolves the allegations brought in the consumer fraud lawsuit as well as a lawsuit brought by several US states. According to a report by Bloomberg, MacMillan will pay an additional $3 million in legal costs to the states that sued and $2.5 million to the lawyers for the consumers in the class-action case.

The case is In re Electronic Books Antitrust Litigation, 11-md-02293, U.S. District Court, Southern District of New York (Manhattan). The Justice Department and the other states led by Texas alleged publishers conspired with Apple in 2010 to undermine Amazon’s dominance in the eBooks market.

Ok—that’s a wrap. See you at that bar…and Happy Friday Folks!