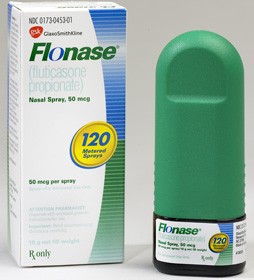 Unpaid Interns Going for Big Payday… or at least their day in court. A former unpaid intern at Atlantic Records claims the record company required him to work full-time over eight months without pay, often 10 hours a day, according to a proposed employment class-action law suit filed in State Supreme Court in Manhattan.

Of note, the Atlantic Records class action is the first unpaid internship lawsuit to be filed against a music industry business, according to lawyers involved in lawsuit; the class action alleges that Atlantic Records and its parent, Warner Music Group Corp, violated New York State Labor law by requiring the intern, Justin Henry, of Brooklyn, to work full time without pay.

Henry was an intern in 2007 for Atlantic engaged in filing, faxing, answering phones and fetching lunch for paid employees, according to the suit. He alleges his internship existed solely for the benefit of Atlantic Records, and that he received no training or mentorship. Sadly, we’ve heard this before.

According to the Fair Labor Standards Act and New York Labor Law, unpaid internships must exist for training purposes and employers may derive “no immediate advantage” from the work provided by interns.

So, Henry is seeking to recover unpaid minimum wages ($7.15 per hour) and overtime, as well as attorney’s fees.

Plastic Pay at McDonald’s? No stranger to employment lawsuits, McDonald’s is facing a potential employment class action, with a new twist. The lawsuit was filed by an employee in Pennsylvania who alleges she was issued with a fee-loaded Chase Bank Debit card, instead of a paycheck. Yes, really.

Natalie Gunshannon, a 27-year old single mother, worked at McDonalds in Luzerne County, PA, at an hourly rate of $7.44 from April 24 through May 15. When she received her first paycheck, it was not a check at all but rather a JP Morgan Chase debit card which would cost her $1.50 for ATM withdrawals, $5 for over-the-counter cash withdrawals, $1 per balance inquiry, 75 cents per online bill payment, and $15 for a lost or stolen card. Nice. I wonder who thought this one up.

When Gunshannon asked if she could be paid by check she was allegedly told that the debit card was the only option. Furthermore, her future earnings would be deposited into the debit card account and she could access her money from there. “McDonald’s does not provide a choice for hourly employees to receive their justly earned wages through a bank check, cash or direct deposit,” the lawsuit said. Pennsylvania law states that employees are entitled to have a choice to be paid by check or cash.

Flonase Settlements Approved. GSK will have to pony up $185 million in two recently approved settlements involving the marketing—or not—of Flonase nasal spray. They were facing two antitrust class actions both of which allege that GSK deliberately prevented generic versions of Flonase nasal spray from going to market.

The Flonase settlements total $185 million, with $150 million designated for reimbursement to people and entities in the US who purchased Flonase directly from GSK at any time from May 19, 2004 until March 6, 2006. For complete information on this settlement, and to download forms, visit flonasedirectsettlement.com The case is, In re Flonase Antitrust Litigation, No. 08-CV-3149, is pending in the United States District Court for the Eastern District of Pennsylvania.

A second class involving those who indirectly purchased Flonase and generic Flonase—will receive reimbursement from a $35 million settlement fund. These class members include anyone who purchased Flonase or generic Flonase for personal, family or household consumption in the United States and its territories from May 18, 2004 through March 31, 2009. Also included in the class is anyone who made co-payments or other partial out-of-pocket payments through their health plans. For complete information on this settlement visit flonasesettlement.com The case is In re Flonase Antitrust Litigation, Case No. 8-cv-3301 and Medical Mutual of Ohio v. GSK, Case No. 12-cv-4212 in the Eastern District of Pennsylvania.