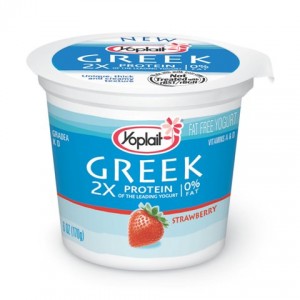 How Greek is your Yogurt? In fact, is your yogurt even yogurt? If you’ve been buying Yoplait Greek yogurt from General Mills, there’s a consumer fraud class action lawsuit that alleges the giant food processor has been misrepresenting the product as being Greek and yogurt.

“Yoplait Greek does not comply with the standard of identity of yogurt,” the lawsuit states. “Indeed, Yoplait Greek contains Milk Protein Concentrate (“MPC”) which is not among the permissible ingredients of yogurt, non-fat yogurt, and low-fat yogurt (collectively “yogurt”) as set forth under the Food, Drug, and Cosmetic Act.”

The Yoplait Greek yogurt class action lawsuit also states “The use of MPC is financially advantageous to defendants.” It allows General Mills to manufacture more product at lower cost, and that’s why they use it in the production of the yogurt.”

Card Sharks Caught. This is one for all you conspiracy theorists out there—it’s pay day! A preliminary $7.2 billion settlement has been agreed by credit card giants MasterCard Inc, and Visa Inc, making it the largest antitrust settlement in US history.

According to the terms of the settlement, filed in federal court in New York, Visa will pay $4.03 billion and MasterCard will pay $2.02 billion to a class of merchants, including small businesses and stores.

Additionally, both Visa and MasterCard will also agree to cut swipe fees by 10 basis points (0.1 percent) for eight months, which amounts to an additional $1.2 billion in relief for merchants.

The settlement also allows merchants and stores to impose a “checkout fee” to pass onto consumers, which is limited by a cap. It’s your lucky day!

Also included in the proposed settlement are credit card issuers such as JPMorgan Chase, Capital One, and Bank of America. Time to switch to the dark side…

Sachs Sacked. Remember 2008—(how could you forget, right?) The collapse of the financial world as we knew it—and the institutions such as Goldman Sachs who were in part responsible? Well, in 2009 The Public Employees’ Retirement System of Mississippi filed a securities class action against the financial institution, alleging New Century Financial Corp, which originated a Goldman Sachs $698 million mortgage-backed securities offering, failed to adhere to its underwriting standards and overstated the value of the collateral backing the loans.

The fund claimed Goldman Sachs didn’t conduct proper due diligence when it bought the loans in 2005. If I’m not mistaken, that was the crux of the entire meltdown—lack of due diligence—on everyone’s part.

The lawyer representing the retirement fund told U.S. District Judge Harold Baer in a letter made public that both sides had accepted a settlement proposed by a mediator. Details of the agreement weren’t disclosed, according to a report by Bloomberg Businessweek.

Ok—That’s a wrap. Happy Friday! See you at the bar!