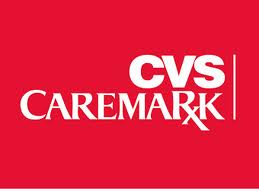 How much did you Pay for Generic Drugs at CVS? There’s a potentially $65 million dollar question, which pharmacy customers of CVS Health Corporation (CVS) are looking to get answered. They filed a class action lawsuit in the United States District Court for the Northern District of California alleging that CVS employed a fraudulent scheme to overcharge millions of customers across the country for generic prescription drugs.

CVS is alleged to have implemented and maintained a false and deceptive pricing scheme affecting more than 400 generic drugs, forcing customers with health insurance to pay CVS copayments far higher than the usual and customary price CVS charged its cash-paying customers.

CVS generates approximately $67 billion in annual revenues from its retail pharmacy business, and plaintiffs allege that CVS’ wrongful overcharging is a significant percentage of those revenues.

According to the complaint, for seven years CVS has systematically been overcharging their insured consumers for prescriptions. The alleged scheme is especially harmful to those people with low or fixed incomes who use medications on a regular basis. Plaintiffs assert that the drug chain wrongfully has charged insured consumers inflated copayments on more than 400 generic medications, including some of the most commonly used drugs on the market today. According to the complaint, millions of people have been affected by this misconduct.

The plaintiffs seek to represent all consumers who were participants in third-party healthcare plans and who filled their prescriptions for certain generic drugs at CVS between November 2008 and the present, and paid more than prices available under the CVS Health Savings Pass program.

Hip Implant Defect Award for Plaintiff. A first this week—with a jury in Los Angeles awarding $9.1 million to man who received a Durum Cup hip implant made by Zimmer. The defective products lawsuit alleged that Zimmer was aware of the design defect in its hip implant and was therefore negligent in designing it. The Durum cup implant allegedly causes bone and tissue damage that may lead to pain and replacement surgeries. This is the first such lawsuit to go against Zimmer, reportedly.

The Zimmer Durom Cup was implanted in some 13,000 patients before it was removed from the US market in 2008. Fifty-nine year old Gary Kline, from California, received the defective product in 2007 only to have it removed 15 months later. According to his lawsuit, he endured two “traumatic surgeries” in 15 months that caused scar tissue and muscle damage.

Finding in the plaintiff’s favor, the jury hearing Kline’s case found Zimmer negligent in the design of the Durom Cup and that the company failed to warn about the product’s defect.

The verdict includes about $153,000 in medical bills and $9 million in past and future non-economic damages such as pain and suffering and emotional distress. Although Los Angeles County Superior Court Judge Amy Hogue had denied a request for punitive damages, Kline’s lawyer said the jury awarded $3 million more than his client had asked.

Big Automotive News this Week… Fiat Chrysler is looking at ponying up a record $105 million in fines to the US government for violating laws in a series of vehicle safety recalls. Additionally, Fiat Chrysler will have to buy back 500,000 Ram pickup trucks and other vehicles in order to take them off the roads, the National Highway Traffic Safety Administration said.

The fines were prompted by Fiat Chrysler’s failure to act quickly enough on safety recalls. The fines are the biggest of their kind in US history.

The NHSTA’s actions come less than a month after it held a public hearing into problems with 23 Fiat Chrysler recalls which affect over 11 million cars and trucks. At the hearing, NHTSA cited a long list of serious shortfalls, specifically, failure to notify customers of recalls; delays in making and distributing repair parts; and, in some cases, failing to come up with repairs that fix the problems. Some of the recalls date to 2013.