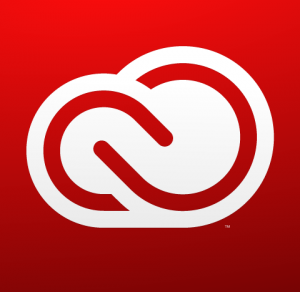 Heads up all you Designers and Creatives out there…Adobe Creative Suite billing may just be a little too creative. Adobe got his with a consumer fraud class action lawsuit this week alleging the software maker charges an illegal termination penalty for cloud subscription access to its blockbuster applications such as Photoshop and Illustrator.

Filed by Scotty Mahlum, in California Federal Court, the Adobe lawsuit alleges that Adobe’s early termination fee, which can add up to hundreds of dollars, violates California’s Unfair Competition Law and Consumers Legal Remedies Act. It sure seems to be a blatant cash grab—opinion here…

“[The fee] is designed to maintain recurring revenue by preventing subscribers from cancelling, rather than to compensate for any damages sustained by [Adobe],” Mahlum said. [If Adobe] “has suffered any damage upon early cancellation, the ETFs are not a reasonable measure or approximation of such damages.”

According to the complaint, a monthly subscription for access to Adobe’s complete cloud suite is $49.99 or $9.99 per month for access to individual programs. But if consumers end their contracts early, Adobe charges them 50 percent of the remaining value of the contract. “Because Adobe has no expenses after a subscriber downloads Creative Cloud Software to a computer, 50% of the remaining contract obligation is a windfall for Adobe,” the lawsuit states.

The Creative Cloud programs include Photoshop, Illustrator, InDesign, Premiere, After Effects, Audition, Dreamweaver and other programs.

The subscription contract is a take-it-or-leave-it proposition and gives consumers no opportunity for term negotiation, the Adobe lawsuit contends. Mahlum alleges Adobe phased out the option to buy copies of the software outright in the spring of 2013 and that he signed up for a complete plan in October but canceled it in March.

Mahlum seeks a permanent injunction against collection of the ETFs and wants the company to pay back all ETFs it has collected from the class, which he says should include all current or former subscribers in the U.S. who were charged the fee.

In a December earnings report, Adobe revealed it had ended the 2013 fiscal year with 1.4 million Creative Cloud paid subscriptions, an increase of 1.1 million over the course of the year. The lawsuit contends that Adobe’s revenue from the cloud model jumped from $160 million in the second quarter of 2012 to $255 million in the second quarter of 2013.

The case is Mahlum v. Adobe Systems Inc., case number 5:14-cv-02988, in the U.S. District Court for the Northern District of California.

It would appear there’s Nothing Fluid about this Crap… at least according to some very pissed off consumers who filed consumer fraud class-action lawsuit against Fluidmaster Inc., this week. The lawsuit claims that the plumbing product and toilet repair company knowingly sold defective toilet connectors that spontaneously broke, causing millions of dollars in property damage at homeowners’ expense. Nice!!!

The Fluidmaster complaint, filed April 24, 2014, in the US District Court for the Central District of California, states that Fluidmaster elected to sell faulty plastic toilet connectors even when it was mechanically and financially feasible for the company to sell an existing, safer alternative design. According to the lawsuit, more than a million defective toilet connectors were sold in the US. Ok—that’s a lot of folks. That’s a lot of damage.

Apparently, upon realizing that its plastic toilet connectors were routinely cracking, leaking and causing significant damage, Fluidmaster responded by lowering its 10-year warranty to five years, according to the lawsuit. The complaint’s two named plaintiffs experienced massive property damage after their Fluidmaster toilet connectors spontaneously failed. One of the plaintiffs, Brian Kirsch, received a call while on vacation from his garbage collector informing Kirsch that water was spilling from an upstairs window of his home and raining into his garage. Kirsch’s home had to be gutted and completely renovated while he and his family were displaced.

Due to the material and design of the toilet connector, the plastic was susceptible to bending with weight and pressure over time, according to the suit. The complaint also cites the company’s poor instructions and warnings that failed to provide the customer with sufficient information to safely and properly install the connectors.

According to the terms of the J. Crew settlement, J Crew will provide $20 vouchers to eligible class and a $3,000 award to the class representative, lead plaintiff Lauren Miller, who alleged the company began sending her unsolicited junk mail after she made two credit card purchases in 2011 and 2012. Prior to providing her ZIP code during those transactions, she hadn’t received any promotional materials, according to the complaint.

Miller had urged the judge to approve the settlement earlier in the month, telling the judge that the settlement sufficiently covered the damages stemming from J. Crew’s allegedly improper ZIP code collection.

“The action seeks to redress J. Crew’s alleged unlawful invasion of its customers’ privacy and its alleged violation of the laws of the commonwealth of Massachusetts designed to protect consumers’ rights to be free from intrusive corporate data collection and marketing. The settlement substantially achieves this goal,” Miller said in a memorandum.

The settlement will put to bed claims of the proposed class of Massachusetts customers who used a credit card at the retailer’s stores after June 20, 2009, and whose ZIP code was subsequently recorded. J. Crew denies any wrongdoing.

Ok Folks—Happy Fourth of July—Have a wonderful weekend—and we’ll see you at the bar!