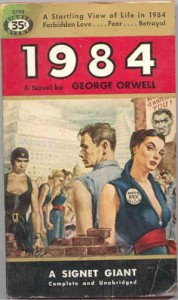 “Wiiilllllmmmaa…!!!!” No, it wasn’t Fred Flintstone calling, but regardless, seems Hartford Insurance may not have heeded the call when policy holders’ filed claims after Hurricane Wilma. Hartford is being sued for not reimbursing its policy holders who made claims as a result of damage caused by the hurricane—unless those customers actually replaced the damaged item(s).

But the Hartford can’t do that. Prior to Hurricane Wilma, some prescient group of lawmakers wrote Statute 627.7011(3), which requires insurers to pay their policyholders on policies issued with replacement cost coverage, irrespective of whether the policyholder actually replaced the property.

The lawsuit alleges that The Hartford saved millions of dollars in claim payments by failing to comply with this statute. No doubt.

Waiters of the world Unite! Any waiter’ll groan about tipping out, but tipping up?—that’s a whole new level of groan. A wage and hour class action brought by waiters who worked at Morton’s, a national chain of steakhouses—has been settled. The suit alleged that the waiters had to give their managers a portion of their tips—and that’s illegal. Some of the waiters were reportedly working for less than full minimum wage. How do you square that?

The settlement is for $13.4 million. Morton’s has agreed to make cash payments to the plaintiffs for up to a 4-year period, and it’s going to kick in some stock. What about paying full minimum wage?

Speaking of waiters and tips, if you haven’t read “Waiter Rant” by Steve Dublanica, check it out. Dublanica’s working on a new book on…tipping! According to his blog (7/22/09), he’s looking to interview folks from all walks who rely on tips to feed themselves. If you fit the bill, email him at writerrant@yahoo.com.

That’s a wrap for this week. See you at the Bar.