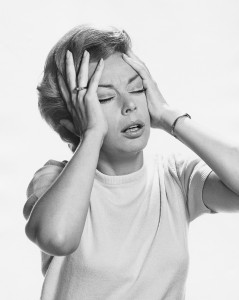 Are Tide Pods staining your laundry? According to a consumer fraud class action lawsuit, the candy-colored laundry detergent packets may end up staining Procter & Gamble Co’s bottom line as well. The Tide Pod lawsuit alleges that P&G’s Tide laundry pods can stain light-colored laundry. The lawsuit, filed on behalf of Lisa Guariglia, Micheline Byrne and Michele Emanuele, asserts that P&G engaged in deceptive trade practices and breached implied warranties. The complaint states  that “Tide Pods have serious design defects … that cause them to produce permanent blue/purple stains on white and light-colored laundry, even when used as directed by P&G.”

In the lawsuit, Guariglia estimated that Tide Pods ruined at least $200 worth of her laundry, including towels, sheets and clothing, which had blue/purple stains that allegedly appeared after she began using Tide Pods. She further states that despite rewashing with other detergents and pretreating the stains with Shout stain remover, which is made by SC Johnson & Co., the stains remained. Similarly Emmanuele said she was unable to remove the stains she blamed on Tide Pods even with bleach. She estimated the detergent ruined at least $650 worth of towels, sheets and clothing. Plaintiff Byrne claims that in December 2012 her son and daughter had blue/purple stains on their clothes but she used Tide Pods for at least 18 more months before realizing the detergent was the cause. She estimated the detergent damaged at least $500 worth of clothing and other laundry.

The lawsuit states: “P&G failed to inform consumers, through the directions on the packaging or any other written disclosure, even when consumers use Tide Pods as instructed by P&G, that blue/purple staining will result due to defects in the design.” However, “on P&G’s own website, P&G has acknowledged that Tide Pods can cause blue/purple stains on laundry and insists that this staining can only occur when the consumer is not using the product correctly,” the suit states. The complaint cites an article in Consumer Reports magazine, published February 20, 2014, which quotes a P&G spokesperson who said such stains can be caused by not putting a Tide Pods pack into the washing machine before clothing is inserted or by overstuffing a machine with laundry. “P&G reiterated over and over, in its responses to consumer complaints, that it would not put a product on the market that would ruin laundry, that Tide Pods have been successfully tested, and it is certain that if used as directed, Tide Pods do not stain laundry,” the lawsuit states. “However, it is clear from plaintiffs’ experiences, as well as those of the customer complaints set forth above, and the hundreds of additional complaints on the Tide website, that even when used as directed, Tide Pods permanently stain white and light-colored laundry.” So—no more blaming dodgy washing on the laundry fairy! The lawsuit seeks to represent anyone in the United States who bought Tide Pods and had laundry damaged.

Is MegaRed a Mega Crock? Another wonder supplement got hit with a consumer fraud class action lawsuit this week. This one targets Reckitt Benckiser Group PLC and its subsidiary Schiff Nutrition International Inc, alleging the companies misled consumers about the health benefits of krill oil. According to the complaint, the defendants marketed the krill oil as a dietary supplement with cardiovascular benefits it does not have. Really? How unusual.

The nitty gritty is that the defendants made claims that an omega-3 fatty acid dietary supplement marketed as MegaRed would help prevent heart disease. According to the proposed MegaRed class action, these types of claims have drawn attention from the US Food and Drug Administration (FDA), which has allegedly condemned such advertisements, describing claims about omega-3’s health benefits as “false and misleading.” Well, that certainly did a lot of good.

“In conjunction with their extensive, long-term campaign of deceptive advertising and misleading statements,” the complaint states, “defendants have violated [the FDA’s] clear directives by … consistently and repeatedly falsely telling consumers that taking just ‘one small softgel per day’ may reduce the risk of coronary heart disease.” Further, the complaint cites a guideline by the American Heart Association recommending that patients consume 500 to 1,000 miligrams of omega-3 fatty acids daily to help combat heart disease. A single MegaRed capsule, the supplement’s recommended daily dose, contains only 50 mg of omega-3 fatty acids.

The proposed class action asserts the packaging for MegaRed is misleading because it claims that using “just one small softgel” of the supplement daily “may reduce the risk of coronary heart disease.” Schiff has marketed the size of the MegaRed capsules, which are slight in comparison to fish oil capsules, as having similar health benefits, which is one of the product’s main advantages. Named plaintiff in the complaint, Jeffrey Johnson, a “health-conscious individual” contends that he and others like him were misled by the marketing claims, and as a result paid a premium for the supplement, which costs significantly more than fish oil. The proposed class action complaint accuses Schiff of unjust enrichment, on behalf of a nationwide class; and violations of the California Consumers Legal Remedies Act; California Unfair Competition Law; California False Advertising Law; and California Sherman Food, Drug and Cosmetic law, on behalf of a Californian subclass. Plaintiffs are seeking an injunction prohibiting Schiff from further misleading advertisements, as well as actual and punitive damages.The case is Johnston v. Schiff Nutrition International et al., case number 3:15-cv-03669, in the US District Court for the Northern District of California.

Strike One for the Little Guys. A $13.1 million settlement has been awarded to Southeastern Pennsylvania Transportation Authority workers who alleged the authority was in violation of the Fair Labor Standards Act shift work. According to court filings, “The parties now believe that considering the costs and risks of continuing this litigation, it is in their best interests to fully and finally resolve plaintiffs’ claims.” The parties filed a joint motion for approval, which involves some 2,300 current and former bus and trolley drivers. If approved, the SEPTA settlement will end a case first brought in June 2011, alleging SEPTA did not pay its drivers for off-the-clock time spent doing tasks before pulling their vehicles out at the start of their runs.

“Resolution of the FLSA claim requires a factual determination of the amount of time operators are required to work prior to their scheduled start, and a legal determination regarding whether this time is compensable and subject to the overtime provisions of the FLSA,” a three-judge Third Circuit panel stated.  The case is David Bell et al. v. Southeastern Pennsylvania Transportation Authority, case number 2:11-cv-04047, in the U.S. District Court for the Eastern District of Pennsylvania.

Ok – That’s a wrap folks…Happy Friday…See you at the Bar!