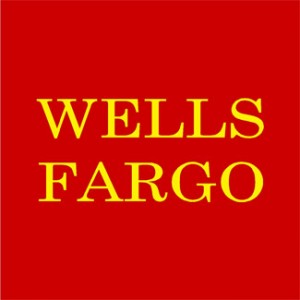 Not all well at Wells? These folks just cannot stay away from the court room. This week, Wells Fargo & Co got hit with a consumer fraud class action lawsuit brought by customers who allege the bank forced them into paying for unnecessary auto insurance, which, in some cases, drove customers so far into a financial difficulty their vehicles were repossessed. Nice

Here’s the back story: According to the proposed nationwide class action, the bank fraudulently collected millions of dollars from “unsuspecting customers who were forced to pay for auto insurance they did not need or want,’’ pushing almost 250,000 of them into delinquency and resulting in almost 25,000 vehicle repossessions.

The lawsuit alleges that when customers took out Wells Fargo loans to purchase vehicles, the bank and the insurance company either didn’t check whether clients already had coverage or ignored the information. The bank then created collateral protection insurance policies for customers, and Wells Fargo then added premium charges to customers’ auto loan bills, often without notifying them, according to the lawsuit.

According to Bloomberg, Wells Fargo has said it may have pushed thousands of car buyers into loan defaults and repossessions by charging them for the unwanted insurance. The bank said an internal review of its auto lending found more than 500,000 clients may have unwittingly paid for protection against vehicle loss or damage while making monthly loan payments, even though many drivers already had their own policies.”

Wells Fargo discontinued the insurance program in September 2016 after finding errors. Hancock alleges Wells Fargo placed a CPI loan on a vehicle he bought in February 2016, charging him $598. Hancock “repeatedly contacted Wells Fargo to inform them that he had the required insurance through an auto insurance policy from Allstate,’’ according to the complaint.

Not only did Wells Fargo fail to credit Hancock’s account for the improper charge, they also failed to refund the money. In fact, Wells Fargo kept charging him for the policy and he was charged a late fee, Hancock claims.

Benicar Settlement. This should lower the collective blood pressure a wee bit. This week a $300 million settlement was agreed potentially ending multi-district litigation (MDL) against the makers of the Benicar, Forest Laboratories Inc., and Daiichi Sankyo Inc., and about 2,300 plaintiffs. The lawsuits alleged the blood pressure drug caused gastrointestinal injuries.

The hypertension drug is used to lower high blood pressure. It is in a class of drugs known as angiotensin II receptor blockers (ARB). In 2013, the US Food and Drug Administration (FDA) issued a warning for patients stating that Benicar could cause sprue-like enteropathy, a condition that includes severe and chronic diarrhea. The agency mandated that Benicar warning labels be changed to include the condition. According to the FDA, sprue-like enteropathy has not been linked with other ARB medications.

The FDA’s action was based on adverse event reports of serious cases of late-onset diarrhea associated with Benicar use. Court documents state that an estimated 1.9 million patients received a prescription for Benicar or a similar drug in 2012 alone.

The litigation had been underway for more than two years. The plaintiffs alleged that not only did Daiichi design the drug in a defective manner but also that it failed to warn users that it could cause chronic diarrhea, nausea, malnutrition, dehydration and weight loss. Daiichi and Forest were jointly accused of promoting Benicar.

According to the terms of the Benicar agreement, the funds will be triggered when 95 percent of all eligible litigants and claimants opt in to the settlement under certain conditions. Patients who have not yet filed a claim and wish to be eligible to receive settlement funds, must have a retainer agreement in place with an attorney by August 23, lawyers told the court.

The case is In Re: Benicar (Olmesartan) Products Liability Litigation, case number 2606, in the U.S. Judicial Panel on Multidistrict Litigation.

Here’s a nice little payday… to the tune of 3.75 million. Yup, this week, Kellogg Brown & Root LLC agreed to settle a California overtime and labor law class action lawsuit brought by construction workers who allege the company shorted them on meal periods as well as wages.

The 137 plaintiffs had worked on the Molycorp Mountain Pass rare earth facility in Mountain Pass, California. Under the terms of the proposed settlement, each class member will receive roughly $138 per qualifying work week of they worked during the class period of June 16, 2010, to Friday July 27, 2017. If all potential class members participate in the settlement, the average payout will be $3,100. The proposed settlement requires KBR to pay at least 50 percent of a $3.75 million settlement to participating claimants.

Named plaintiff David L. Totten will receive an award of $20,000. According to the construction worker overtime settlement, another $25,000 will be distributed to plaintiffs.

In the complaint Totten alleged that he and other nonexempt workers at the Molycorp facility who worked on a project to build a salt recovery plant were required to park their vehicles in a designated lot and take company vehicles to and from the work site without being paid for that travel time. Further, the suit alleged the workers were not paid overtime or for second meal periods for workers’ scheduled on 10-hour shifts. The project wrapped up in January 2014.