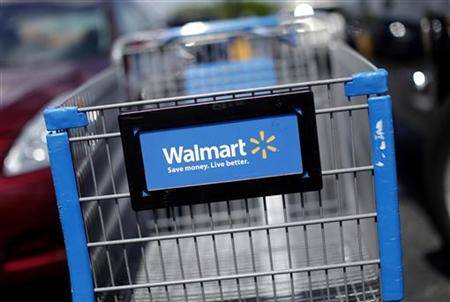 The litany of alleged wrongs committed by the defendants include breach of contract, breach of covenant of good faith and fair dealing, unjust enrichment, and violations of Florida’s Deceptive and Unfair Trade Practices Act, California’s Unfair Competition Law and California’s Consumer Legal Remedies Act. That’s all.

Among the goals of the class action is to get clarity on the limitations of the data service. Straight Talk representatives, it seems, have allegedly refused to explicitly define throttling points for data access, and many customers have complained about receiving inconsistent data service without using much data at all, while others are able to use gigabytes of data without much issue.

The plaintiffs are seeking certification of the proposed class, an order permanently enjoining defendants from their improper conduct, and a judgment awarding restitution, actual damages, exemplary damages, prejudgment and post-judgment interest, attorneys’ fees and costs.

Filed in federal court by lead plaintiff Lisa Pontrelli, the lawsuit states “The Mona Vie juice scam is the newest creation of noted multi-level marketing scheme architect, and prior ‘super juice’ creator, Dallin Larsen, after his last venture was halted by the Food and Drug Administration because of false and misleading advertising.” Dallin Larsen is not a named defendant in the complaint but his companies are, namely Mona Vie Inc. and Mona Vie LLC, both of South Jordan, Utah.

Larsen created both products, which are based on an exotic ‘superfood’. Marketing for both products is based on claims that they provide outlandish health benefits when consumed, including curing cancer and diabetes. Both Royal Tongan Limu and Mona Vie were allegedly sold by untrained ‘distributors’ extolling the unproven health benefits to unwitting customers.

“The propaganda created through the Mona Vie scheme is false and misleading about the nature of and benefits attributable to consuming Mona Vie juice. The propaganda is an essential component of the scheme because the perpetuation of the belief that Mona Vie juice will cure or treat whatever health problems a consumer might have is the main reason defendants are able to charge the wrongfully inflated price of approximately $45 for a 25 ounce bottle,” according to the lawsuit.

“Defendants know that their co-conspirator ‘independent distributors’ generate false and misleading advertising about the health benefits of Mona Vie juice, but do not stop them because such advertisements generate sales of Mona Vie juice. The most insidious form of this false and misleading advertising are the testimonials where individuals attribute miraculous medical breakthroughs to their individual chronic health condition to drinking Mona Vie juice. Defendants, of course, taught their ‘independent distributors’ how to generate such testimonials by themselves hiring individuals of modest celebrity to make their own misleading testimonials.”

The lawsuit alleges the class has been defrauded by paying “outrageously inflated” prices for products that fail to deliver the promised “substantial prophylactic, healing, therapeutic and curative powers for an almost limitless universe of diseases and conditions.” Pontrelli is seeking an injunction and punitive damages for fraud, consumer fraud and unjust enrichment.

The lawsuit, entitled Eliason, et al. v. Gentek Building Products, Inc., et al., Case No.: 1:10-cv-02093-BYP, alleged the siding manufactured and sold by Gentek is defectively designed and manufactured in such a way that it will prematurely fail, causing damage to consumer homes.

The Gentek siding lawsuit was filed on behalf of a number of Plaintiffs who alleged that the exterior siding manufactured by Gentek is defective and fails within the warranty period. The manufacturer’s warranty is supposed to cover cracking, chipping, flaking, peeling or splitting for the life of the purchaser. The warranty is in effect for 50 years from the original installation in the case that the property is sold to a new owner.

According to the lawsuit, the siding peels, cracks and chips are within the warranty period. Furthermore, the lawsuit alleged that Gentek failed to honor its warranty. The Plaintiffs claim that instead of repairing, replacing or refinishing the siding as promised, Gentek only offers a small amount of money as compensation or offer to repaint the affected area only. The lawsuit claimed that the sum of money offered was inadequate to reverse the damage, and that repainting only the affected area would only lead to future repairs because it did not address the underlying problem. How helpful.

According to the Judge’s Order, for settlement purposes, the class in this litigation was certified to be all persons, organizations, municipalities, corporations and entities that own property, whether commercial or residential, on which Gentek Steel Siding was applied during the period January 1, 1991 through March 15, 2013, that are covered by a Gentek Steel Siding warranty and which siding experienced Steel Peel.