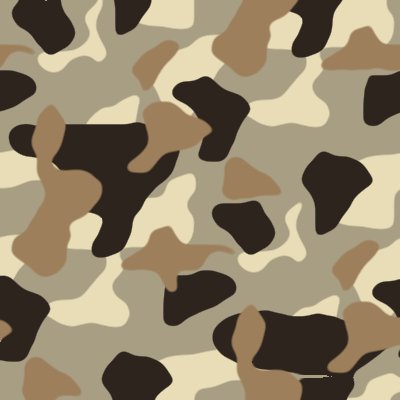 All individuals who (a) served on active duty in the U.S. Army, Navy,Marine Corps, or Air Force, (b) were found by a Physical Evaluation Board to be unfit for continued service due, at least in part, to the individual’s PTSD, (c) were assigned a disability rating for PTSD of less than 50%, and, as a result, (d) were released, separated, retired, or discharged from active duty after December 17, 2002, and prior to October 14, 2008 (regardless whether such release, separation, retirement, or discharge resulted in the individual’s placement on the Temporary Disability Retirement List).

If you or a loved one is a veteran, you can find out more information on the Veterans Post Traumatic Stress Disorder PTSD class action lawsuit, at ptsdlawsuit.com.

Bartlett was diagnosed with Stevens-Johnson Syndrome and toxic epidermal necrolysis (SJS/TEN), potentially fatal skin diseases that inflame the mucus membranes and eyes and are marked by a skin rash that burns off the outer layer of skin. She sued Philadelphia-based maker of the drug, Mutual Pharmaceutical Co, and after three days of deliberation the jury found the company liable for her injuries, stating that they should have known the drug was unreasonably dangerous to consumers.

Attorneys representing Bartlett said it is the largest award in a New Hampshire product liability case. Bartlett told the Associated Press that ‘her goal in filing the lawsuit was to educate others about the dangers of prescription drugs. “That was my biggest thing—getting the word out,” Bartlett said. “Before this happened to me, I never knew something like this could happen just from taking medication.”

Bartlett sought $4.5 million for past and future medical bills and lost earning capacity. Jensen asked jurors to award her an additional $20 million to $30 million to compensate for pain, suffering and loss of enjoyment of life.

Michaels Store Manager Breast Cancer Settlement. Next, a young woman diagnosed with breast cancer who subsequently lost her job as a store manager at Michaels in Boca Raton, FL.

A federal jury in Florida has ordered Michaels Stores Inc. to pay more than $8 million to a former store manager, 47-year old Karaq Jorud. She sued Michaels, after she was fired on allegations of theft.

Jorud was diagnosed with breast cancer in July 2008 and had a double mastectomy the following month. She was undergoing chemotherapy when she was fired in October of that year after Irving-based Michaels said she had violated store policies.

In March 2009, Jorud filed a discrimination claim with the Equal Employment Opportunity Commission and the agency issued her a right to sue letter.

Following a five-day trial in West Palm Beach, a jury last week had to decide whether Jorud was let go by district manager Skip Sand because she violated company policies or because she had cancer, said Joe Curley, one of the attorneys representing Jorud.

The lawsuit, which was also filed against Sand, said the retailer violated the Family Medical Leave Act, the Florida Civil Rights Act and the Americans with Disabilities Act. The jury found that Jorud’s rights under all three acts were violated.

Autism Vaccination Lawsuit Settlement. And finally, you could say, the parents of Hannah Poling have reached a financial settlement with the federal government—the first of its kind—for $1.5 million over allegations that Hannah developed autism shortly after receiving nine vaccines during one doctor’s visit. Hannah was just 18 months at the time.

Her health reportedly declined rapidly following the vaccines, she stopped eating, developed high fevers, didn’t respond when spoken to, started having screaming fits, and began to show signs of autism. In 2002 her family filed an autism claim in federal vaccine court.

In 2008 the case was in fact settled by the government, before going to court, and the government had the documents sealed. But it has taken more than two years for both sides in the lawsuit to agree on just how much compensation Hannah should receive for her injuries.

This award is the first of its kind, and could be precedent-setting. Sadly, however, there are approximately 4,800 further autism cases awaiting disposition in federal vaccine court.

Ok—that’s it for this week. I have a date with the bar!