Weekly wrap up for September 16, 2011 of the latest class action lawsuits and settlements 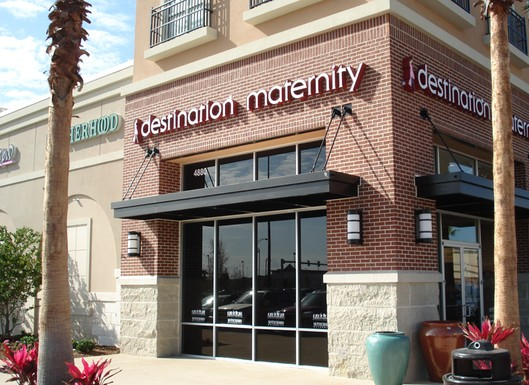 Destination Maternity could find itself rerouted—make that destination courthouse as they got hit with an employment  class action lawsuit this week. Why, you ask? Sadly, nothing very original. The lawsuit claims that the international retail clothing store violated both federal labor laws and New York labor laws by routinely requiring its sales associates to undergo off-the-clock bag checks and security screenings for which they were not compensated.

The lawsuit also claims that Destination Maternity, A Pea in the Pod, Motherhood Maternity (what other kind is there?), and Edamame stores all require their sales associates to have their bags checked before they leave the stores to have lunch and before they go home for the evening. These checks occur off-the-clock, adding as much as 30 minutes to sales associates’ workdays for which they receive neither overtime nor straight time pay. Of course the point of the lawsuit is to recover the wages and overtime pay each sales associate is due under the law.

So, if you work or have worked as a sales associate at either a Destination Maternity, A Pea in the Pod, Motherhood Maternity, or Edamame store, you may request to be included in the proposed class. Check it out.

The Best or Nothing? Guess it’s nothing… Mercedes Benz will be shelling over some cash shortly, following federal approval of a $15 million settlement of a recent consumer fraud class action lawsuit. It seems that Mercedes Benz USA failed to inform buyers of its luxury vehicles with analog Tele Aid communication systems that they planned to phase out the analogue emergency communications systems altogether on its models from 2003-2006. Yes—that could influence your decision to buy, no doubt.

Back to the good news. Well, sort of. Under the terms of the Mercedes-Benz settlement purchasers of 2003 to 2006 Mercedes-Benz models with the analog Tele Aid systems installed in their vehicles could receive either a certificate for up to $1,300 off a new vehicle or $650 in cash. Ummm.

You’re Forgiven! I love this one! Thousands of people have been forgiven their debts in a historical unfair business class action settlement reached last Friday in Maryland. The class action lawsuit was brought by Jason Hauk and Freddy Velazquez who led the class action lawsuit, against LVNV Funding LLC, a Greenville, SC-based company that buys consumer debt.

According to the terms of the settlement some 3,500 people in the class will receive about $2000 each, for a total of $7 million. The total settlement forgives about $10 million in debt, according to filings in U.S. District Court in Baltimore.

Further, LVNV will not pursue the 3,500 debtors in order to collect the debt, nor will they be able to sell those debts to other third party collection agencies. And LVNV have to remove information it gave to the major credit bureaus for each of those debtors, a step taken to improve their credit ratings. The settlement is being hailed as historic, and a major win for the class. You gotta love the system when it works!

OK. That’s it for this week. See you at the Bar—and safe travels getting home.