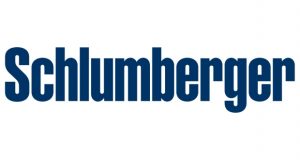 Overworked Oilers? Another week, another several employment lawsuits. This one, an unpaid overtime class action lawsuit, has been filed against oilfield services company Schlumberger Tech Corp, by workers who allege the company is in violation of the Fair Labor Standards Act (FLSA).

According to the lawsuit, the defendant schedules workers for long shifts but pays them salaries plus a day rate, instead of overtime rates as required by both state and federal labor law. The laborers are not exempt from overtime as they perform manual duties that fit within a checklist set by their superiors, the lawsuit states.

Fritchman is claiming that he and other workers performing the same job worked grueling schedules, working and living in the field sometimes for weeks. Typically, a schedule would require one worker on the “day” shift and the other on the “night” shift. Those shifts were 12 hours, and the employees worked seven days a week. Ah, yeah, that doesn’t sound good…

The lawsuit is seeking back pay, liquidated damages, attorneys’ fees and costs under FLSA for the company’s misclassifying its workers as exempt from overtime rules.

The case is Fritchman v. Schlumberger Tech Corp., case number 2:16-cv-01752, in the U.S. District Court for the Western District of Pennsylvania.

$1B Hip Award. I’m willing to bet Johnson and Johnson is not celebrating this weekend. A jury in Dallas this week awarded $1 billion to six plaintiffs who are suing Johnson & Johnson (J&J) alleging the DePuy Pinnacle hip implant made by the company’s subsidiary, DePuy Orthopaedics Inc., was defective and has caused them adverse health effects and subsequent surgeries to remove the device.

The DePuy Pinnacle metal-on-metal hip implant has an unreasonably high failure rate. The lawsuits filed against DePuy, claim the metal-on-metal design allows metal debris to come loose from the device, ultimately being absorbed by the patient’s surrounding tissue.

Although J&J won the first case in 2014, in March of this year another federal jury in Dallas awarded $502 million to five plaintiffs whose suits were combined. The DePuy Pinnacle hip award was later reduced to $150 million under Texas law. However, because this latest set of lawsuits was tried under California law, the award won’t be subject to a punitive damages cap.

J&J is currently facing 8,500 similar lawsuits brought together in an MDL in federal court in Dallas. All the plaintiffs allege the company failed to adequately warn of the side effects associated with the hip implant.

According to media reports, evidence presented in court showed J&J paid kickbacks to surgeons to promote the device, even though the company was aware that the implant was associated with greater risks than other similar devices.

DePuy stopped selling the metal-on-metal Pinnacle devices in 2013 after the U.S. Food and Drug Administration strengthened its artificial hip regulations.

It would be interesting to know how many hours J&J spends in court each year, defending itself against defective products litigation…

AMEX Calling? A $9.25 million settlement has received final approval this week, ending a class action lawsuit against American Express. The lawsuit claimed the company made numerous unsolicited telemarketing calls, in violation of the Telephone Consumer protection Act (TCPA). You think?

According to the terms of the AMEX settlement, the funds will be distributed between two plaintiff classes, specifically, those who received debt collection calls on AmEx accounts and those who received telemarketing calls on behalf of the credit card company.

$1 million will be distributed among the debt collection class, defined as those who received calls from third-party vendor West Asset Management Inc. between 2009 and 2013 hoping to collect on AmEx debt. Attorneys for the plaintiffs state that as only 135 members of that class filed claims, each plaintiff will receive over $4,400 from the fund. That’s a nice little pay day.

The class of plaintiffs who received telemarketing calls from vendor Alorica Inc. between 2009 and 2016 will share up to $8.25 million after attorneys’ fees have been paid. There are a reported 55,000 members of that class who filed claims, so the payment per class member will be $88.

Well, that’s a wrap for this week. See you at the bar.