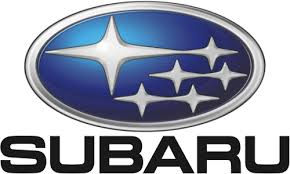 Subaru Defect? Is your Subaru WRX and WRX STi suffering from defects? Read on. A defective automotive class action lawsuit has been filed against Subaru of America Inc. and Subaru Corporation alleging they failed to disclose a defect involving connecting rod bearings, defective connecting rod side clearances, and/or insufficient channels of engine lubrication, which results from an alleged defective rotating assembly. According to the complaint, the affected vehicles include model year 2013 and 2014 Subaru WRX and WRX STi vehicles.

The Subaru lawsuit, filed by Plaintiff Vincente Salcedo of California, claims Subaru used a rotating assembly that has a defect that existed at the time the vehicles were manufactured but typically manifested after the expiration of the limited warranty period.

Specifically, the defect manifests with the connecting rod bearings failing and metal debris allegedly begins to circulate throughout the engine via contaminated engine oil. This results in spun connecting rod bearings and catastrophic engine failure, potentially causing life-threatening stalling events while the vehicle is in operation, the complaint asserts.

“Despite notice and knowledge of the defect from the numerous complaints it has received, information from dealers, National Highway Traffic Safety Administration (‘NHTSA’) complaints, and its own internal records, including pre-sale durability testing and quality policies, Subaru has not recalled the Class Vehicles to repair the defect, offered its customers suitable repairs or replacements free of charge, or offered to reimburse its customers who have incurred out-of-pocket expenses to repair the defect,” the complaint states.

Salcedo states in the lawsuit that he purchased a 2013 Subaru Impreza WRX from a private party in August 2015. Nearly two years later, at approximately 68,759 miles, the vehicle’s engine allegedly made a “knocking” sound while he was driving on the highway and catastrophically failed.

Salcedo states that he had his vehicle towed to an authorized Subaru dealer for diagnosis and repair related to the engine failure and was allegedly quoted in excess of $5,700 to complete the necessary repairs. The complaint claims the dealer contacted Subaru of America, which offered to cover $2,000 of the repairs as a goodwill gesture. Salcedo subsequently paid $3,711.15 himself for parts and labor.

Salcedo claims he would not have purchased the Subaru Impreza vehicle, or would have paid far less for it, had Subaru publicly disclosed the engine defect prior to the time he purchased the vehicle.

Live Nation has agreed to pony up $1.1 million to settle allegations it illegally denied breaks to 1,500 parking and traffic employees in California. If approved, this will end the employment class action it’s currently facing.

The entertainment company was sued in September, 2015, by named plaintiff Lee Webster, a former traffic controller at Live Nation’s Shoreline Amphitheater in Mountain View, CA. Webster alleged that she and other parking lot employees were required to work without meal and rest breaks as a matter of routine.

According to the terms of the settlement, the funds will pay litigation costs and fees, with the remaining funds distributed to class members pro rata based on the number of hours each class member worked performing parking or traffic control duties during the class period. The estimated net recovery for each class member will likely average $421.55 Any funds from checks that remain uncashed after 180 days will be split between two nonprofits: the Katherine & George Alexander Community Law Center and Lambda Legal, according to the settlement.

Further, the settlement allows for Webster to seek an additional award of $20,000 as class representative.

As per the terms of the Live Nation settlement, the class is defined as consisting of all current and former Live Nation nonexempt employees who performed parking or traffic control duties for the company in California from September 28, 2011, to the present.

The plaintiffs claims filed in their October 2013 lawsuit that Brickman Group underpaid overtime to its salaried Supervisors by using a half-time “fluctuating workweek” overtime pay plan that allegedly did not comply with the Fair Labor Standards Act (FLSA) and state laws.

The Brickman Group settlement classes involve approximately 476 original opt-in Plaintiffs and Pennsylvania class members in Group 1, and approximately 345 individuals in Group 2 who did not originally join the case but accepted their settlement offers to join and participate in the settlement.