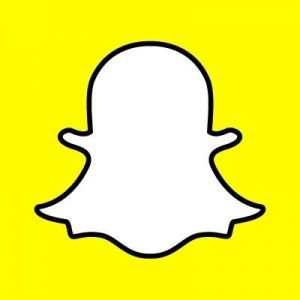 Here’s the skinny: the Snapchat lawsuit was filed by the mother of a 14 year old boy (John Doe), who alleges publishers are sharing content that parents would likely prohibit if they knew their children were being given unrestricted access. The complaint highlights stories like Buzzfeed’s “23 Pictures That Are Too Real If You’ve Ever had Sex With A Penis,” (illustrated with scenes from Disney animated movies) and Vice’s “Everything You Ever Wanted To Know About Penis Tattoos.” Who knew there was such a thing—?

According to the proposed suit, “Innocent pictures from John’s favorite Disney movies were perverted into obscene sexual images and text.” Nice.

Additionally, the offensive content is mixed with messages from Snapchat stating things like, “If They Don’t Snap You On A Daily Basis It Isn’t Real,” according to the complaint.

Snapchat allows users to send photos and videos that disappear. According to the suit, while the app is frequently accused of promoting sexting among teens, parents may not be aware of the explicit content being shared on Discover by media outlets, without any warning or age verification.

“Although Snapchat claims to have pivoted away from its founding roots which included promoting surreptitious ‘sexting’ with disappearing text and images, the content Snapchat develops and curates on Snapchat Discover paints a different and dangerous picture,” the lawsuit states.

Created in 2015, Snapchat Discover was designed as a place where handpicked media outlets could share content. According to the complaint, “Snapchat exercises direct control over its editorial content and what is published.”

The suit alleges that while Snapchat’s terms of service does say that its app is restricted to users older than 13 years old, it does not warn against potential offensive content found on Snapchat Discover.

The lawsuit claimed Caterpillar engines with the CAT Regeneration System (CRS), failed, causing the company’s ACERT C13 and C15 on-highway diesel engines to lose horsepower and shut down. The alleged defect resulted in Caterpillar-authorized dealer technicians having to repair the engines, they allegedly could not effectively do.

The Defendant denies the allegations in the lawsuit, and the Court has not decided who is right.

Caterpillar introduced its ACERT engines as their alternative to exhaust-gas recirculation, or EGR, to meet 2004 emissions standards.

Class members who experienced no CRS-related repairs are eligible to receive, but not guaranteed, $500 for each subject engine.

Class members who experienced one to five qualified CRS-related repairs are eligible to receive, but not guaranteed, $5,000 per subject engine.

Those class members who experienced six or more qualified CRS-related repairs are eligible to receive, but not guaranteed, $10,000 per subject engine.

Each eligible class member also has the option—instead of seeking a payment as set forth above—to seek to claim losses up to a maximum of $15,000, experienced as a consequence of qualified CRS-related repairs. These losses can include but will not be limited to towing charges, rental charges and hotel charges. Proofs can include receipts, invoices, bills, etc.

All class members must file a claim in order to receive a payment.

Film Studio Interns Win One…Bit of a landmark this week—the employment class action lawsuit filed by interns who worked at 21st Century Fox Inc, and who alleged they should have been paid for their work at the company, but were not, reached a preliminary settlement this week.

According to court papers, Fox Searchlight Pictures and Fox Entertainment Group will pay $495 to each claimant who interned without pay for at least two weeks at various times between 2005 and 2010. Estimates suggest several dozen people are eligible to receive a share of the film studio intern settlement.

The ground breaking lawsuit sparked other, similar suits involving students and recent college graduates who alleged they worked free during their internships when, given their duties, they should have been paid. The lawsuits claim violations of state and federal minimum wage laws.

The two named plaintiffs in the 21st Century Fox class action, Eric Glatt and Alexander Footman, who interned on the 2010 movie “Black Swan,” would be paid a respective $7,500 and $6,000, provided the settlement agreement receives final court approval.

It was Ford’s turn this week…its turn to face the class action blues…yessiree—they got hit with a consumer fraud lawsuit alleging personal harm from what appears to be a rather serious design defect.

The Ford lawsuit was filed in Florida by Ford Explorer owners and lessors alleging the automaker mislead consumers about the vehicles’ exhaust system that exposes passengers to dangerous levels of carbon monoxide.

Filed by lead plaintiff Angela Sanchez-Knutson, the complaint alleges that when the air conditioning is on in the Ford Motor Co. sport utility vehicle, the exhaust leaks into the passenger cabin of the cars. This poses a health risk to those in the cars and a safety risk to people on the road.

Sanchez-Knutson further claims that she and her daughter suffer from chronic headaches as a result of exposure to dangerous levels of carbon monoxide in her 2013 Ford Explorer. She alleges she took the car to the local dealership for repair numerous times because of a sulfuric smell. However, at no point in time was she informed that the odor actually signified exposure to the gas.

An internal technical service bulletin distributed by Ford to its dealerships showed that the automaker was aware that certain Explorer models’ exhaust systems were leaking into the cabins of the cars when the air conditioning was turned on, the complaint states.

The bulletin provided dealerships with instructions on how handle the smell in the vehicles but did not specify that carbon monoxide was seeping into the cabins or provide any remedies to protect consumers from the risk of exposure, according to the lawsuit.

“Ford knew or should have known that the 2011 through 2013 model year Ford Explorers were dangerous and defective such that drivers and passengers of those vehicles may be exposed to carbon monoxide and other dangerous gases while the vehicles are in operation,” the complaint states.

The complaint alleges Ford violated the vehicles’ express and limited warranties, since the contracts guaranteed that the vehicles were defect-free. All of the affected vehicles are still under warranty with the company, the lawsuit states.

As a result of filing the lawsuit, the National Highway Traffic Safety Administration announced that it is looking into the exhaust allegations. The agency said it was aware of complaints involving the vehicles but that it had not initiated a formal investigation.

The lawsuit seeks to certify a class of all consumers in Florida who purchased or leased the 2011 to 2013 Explorer models. The suit is Sanchez-Knutson v. Ford Motor Company, case number 0:14-cv-61344, in the U.S. District Court for the Southern District of Florida.

Exhausted yet? Wait–there’s more! Caterpillar Inc. also got hit with a class action lawsuit over claims that its heavy-duty on-highway diesel engines, designed to adhere to 2007 U.S. Environmental Protection Agency (EPA) emissions regulations, contain a design defect that requires extensive repairs and replacements. Nice!! This is all sounding so familiar!

“This caused plaintiff and class members to incur significant damages in the diminution of the value of their vehicles, but also in the cost of replacing the … engines with other EPA 2007 Emission Standard compliant heavy-duty, on-highway, diesel engines.” the lawsuit states.

“Despite defendant’s numerous attempts to correct the … failures, the … engine exhaust emission controls do not function as required under all operating conditions, and will not do so for the expected life of the vehicle,” the lawsuit states.

Heads up all you California crunchy granolas!  A settlement has been reached in a consumer fraud class action lawsuit pending against Kashi Co. According to the terms of the settlement, a fund of $5 million will be established by Kashi, which will resolve claims of false advertising, the grounds for the lawsuit.

Ok—so I think we know the tune here—the Kashi lawsuit, Astiana v. Kashi Co., Case No. 3:11-cv-01967-H-BGS, alleged the food manufacturer misled consumers by claiming that certain of its products are “All Natural” and “Nothing Artificial” even though they contained synthetic ingredients, such as pyridoxine, hydrochloride, calcium pantothenate and/or hexane-processed soy ingredients. Got it?

Ok–Folks–we’re done here–have a great weekend and we’ll see you at the bar!