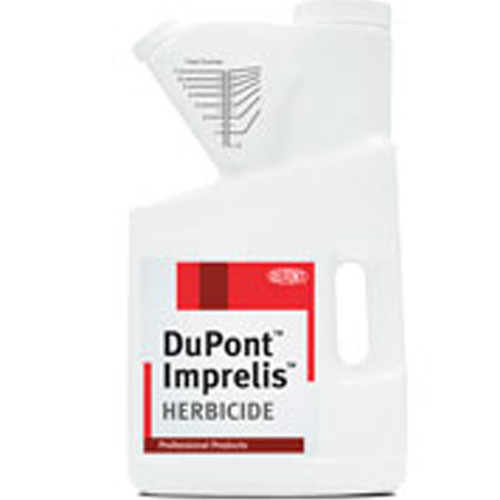 Unlikely Couple Teams up vs DuPont Imprelis. A Pennsylvania homeowner and an Indiana golf course company filed a nationwide class action lawsuit this week, against E.I. du Pont de Nemours & Company (“DuPont”). The charges? You may have read about them—that the use of a weed killer called Imprelis, made by DuPont, is causing widespread death among trees and other non-targeted vegetation across the country. Non-targeted vegetation? What is that—environmental collateral damage?

No wait—non-targeted vegetation means anything that’s not a weed. According to the lawsuit, DuPont failed to adequately disclose the risks for Imprelis damage to trees, even when applied as directed (oh great), and failed to provide adequate instructions for its safe application. Even better.

Lead plaintiff Marsha Shomo, a resident of Johnston, Pennsylvania, claims that the trees at her house of are dying after her lawn was sprayed with Imprelis. Included are two trees Shomo’s sister bought after her diagnosis with cancer, which took her sister’s life in 2001. “My sister was so anxious that the new little trees she bought be taken care of,” Shomo stated. “I promised her I would do that. I want DuPont to know that there is a problem out there and people do have special trees with many years invested in them. This isn’t right. I am filing this lawsuit to make sure DuPont answers to everyone harmed, and make DuPont act more responsibly in the future.”

As for the golf course, Plaintiff R.N. Thompson Golf, LLC, in fact owns and manages several golf courses in the greater Indianapolis area, including the Winding Ridge Golf Course and the Ironwood Gold Course. “We have witnessed catastrophic tree loss around our golf courses after the application of Imprelis, and have received numerous complaints and inquiries about the tree damage and appearance of our courses from our customers,” explained Mark Thompson, Chief Executive Officer of R.N. Thompson Golf, LLC. “We filed this lawsuit to inform other businesses and homeowners about this problem to let them know there is reason their trees are dying and to give them a course of action to fix the problem.”

If Imprelis is affecting your environment, check this Imprelis lawsuit out.

Drilling Deal. Amidst all the media coverage of a rather dubious practice of extracting natural gas called fracking  —and the allegedly related water and health issues surrounding it, property owners on the Marcellus Shale belt in Pennsylvania have just won $14 million from a drilling company that reneged on their contracts to drill. Most people are trying to stop the drilling, but these property owners want it.

The out-of-court settlement was signed off by a Westmoreland judge, ending the two year civil suit brought by 230 property owners against State College-based Rex Energy. The fracking lawsuit was filed in 2009 by property owners in the rural areas of Cook, Derry, Fairfield, Ligonier, Mt. Pleasant and Unity townships. The lawsuit alleged that Rex Energy reneged on 137 drilling contracts the owners claimed they had finalized in 2008. The property owners also claimed that the company failed to honor promises of bonus and rental payments on the drilling leases.

According to a report on Triblive.com, the disputes involves oil and gas drilling rights on about 7,200 acres, or almost 11 square miles. The settlement permits landowners who had not signed leases with other companies and still wished to sign with Rex to do so at $2,500 per acre. The new, five-year leases give landowners a 15 percent royalty on any gas produced. Better get Fracking!

Finally…Score One for the Little Guy. Bank of Hawaii reached a tentative settlement with account holders this week concerning an overdraft fees class action lawsuit brought pissed-off customers who alleged the bank engaged in a systematic policy of re-ordering debit card transactions from highest dollar amount to lowest dollar amount. You could almost recite that sentence in your sleep it’s so common, unfortunately. The lawsuit claimed that this alleged practice allowed the bank to deplete the customer’s available funds as quickly as possible while maximizing the number of overdraft fees.

The Bank of Hawaii settlement amount is $9 million, and, if approved will be used to refund class members for overdraft fees they were charged. “The tentative settlement, subject to documentation and court approvals, provides for a payment by the company of $9 million into a class settlement fund the proceeds of which will be used to refund class members, and to pay attorneys’ fees, administrative and other costs, in exchange for a complete release of all claims asserted against the company,” the bank said in a filing with the Securities Exchange Commission.

National City Bank Overdrew on Overdrafts…It looks like 2011 is going to be all about going after financial fraudsters—including banks. This latest settlement of a class action filed against National City Bank is no exception. In fact, it’s a preliminary $12 million settlement brought by END_OF_DOCUMENT_TOKEN_TO_BE_REPLACED