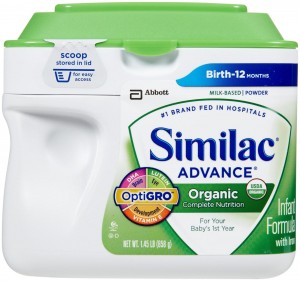 Heads Up New Parents…Organic Similac not so organic—according to a consumer fraud class action filed against Abbott Laboratories, the maker of Similac infant formula food. The lawsuit alleges the label stating the food is organic is false and misleading because the formula isn’t actually organic.

According to the complaint some 26 of the 49 listed ingredients are not allowed in organic food. The suit states the ingredients were “irradiated substances, synthetic compounds, or produced from hazardous substances.”

The plaintiffs claim Abbot described the Similac Infant formula as organic in order to persuade consumers to purchase it, thereby increasing its sales and profits.

“As a result of its false and misleading labeling, Abbott was able to sell its ‘Organic’ Infant Formula to hundreds of thousands of consumers throughout the United States and to realize sizeable profits,” the lawsuit states. Plaintiffs are seeking class certification and more than $5 million in damages plus court costs.

JC Penny Nailed re: its Sales? It’s another consumer fraud class action lawsuit for JC Penney over its alleged practice of artificially inflating merchandise prices only to mark them down to create the appearance of a “sale” price. According to the lawsuit, the retail chain’s pricing practices are equivalent to deceptive and fraudulent advertising.

The JC Penney class action was certified last week, and accuses the national retail chain of operating a “massive, years-long, pervasive campaign” to deceive shoppers about its pricing for private-label brands, and for outside brands such as Liz Claiborne, sold exclusively by JC Penny.

The lawsuit states that Cynthia Spann, lead plaintiff in the class action, discovered the deceptive advertising practices after buying three blouses for $17.99 each, a 40 percent discount from the “original” $30 price, only to learn the price was never above $17.99 at any point during the prior three months.

Another Overdraft Fee Class Action is…Over! You gotta love this! Capital One Bank NA has to pony up $31.8 million as settlement of a lawsuit that alleged the bank manipulated its overdraft fees. Approved by US District Judge James Lawrence King, the settlement fund of $31.76 million represents 35 percent of the most damages plaintiffs could expect to recover at trial.

The Capital One overdraft fee lawsuit has taken nearly five years and the class consists of roughly 611,000 members. Capital One tried three times to have the lawsuit thrown out. It alleged that the bank deducted money from customers’ accounts based on the size of their transactions, not in chronological order, thereby maximizing the amount of overdraft fees it charged.

For settlement class members who do not opt out, prorated shares from the settlement fund will automatically be sent to them. Capital One’s data was used to determine which account holders were harmed by the high-to-low posting practice.

The case is In re: Checking Account Overdraft Litigation, case number 1:09-md-02036, in the U.S. District Court for the Southern District of Florida.

National City Bank Overdrew on Overdrafts…It looks like 2011 is going to be all about going after financial fraudsters—including banks. This latest settlement of a class action filed against National City Bank is no exception. In fact, it’s a preliminary $12 million settlement brought by END_OF_DOCUMENT_TOKEN_TO_BE_REPLACED 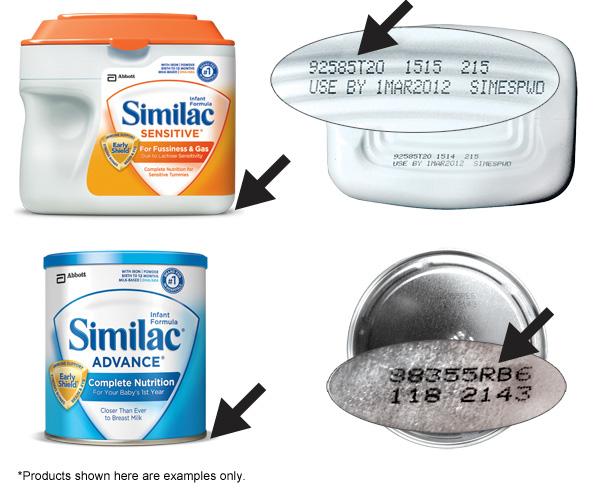 Beetle Juice? Abbott—the makers of Similac infant formula–which was recalled this week due to the presence of small winged insects in the formula—and Sam’s East doing business as Sam’s Club—are facing a proposed federal class action lawsuit over the whole mess.

The products, in case you missed the recall, apparently may contain additional nutrients in the form of a ‘small common beetle.’ Nice. And while the FDA seems to think that no real harm can come from this, they do warn that infants who consume the contaminated formula could experience symptoms of gastrointestinal discomfort and refusal to eat as a result of small insect parts irritating the GI tract. And every parent wants their child to experience that.

So, Kathleen A. Brandner filed the suit individually and on behalf of her minor child alleging that the defendants unfairly and deceptively promoted the product as having safe ingredients for infant consumption when the ingredients may cause health problems including diarrhea. And, the suit also alleges that Abbott failed to properly exert quality control measures to ensure that the formula was safe for consumption and that it did not contain beetle particles. You think?

How Generous of DePuy…Not. A national class action lawsuit was filed against DePuy Orthopaedics Inc this week, this one also stemming from a recall on August 24, 2010, of its END_OF_DOCUMENT_TOKEN_TO_BE_REPLACED