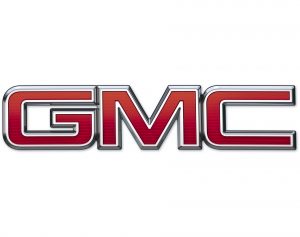 Sierra Dim Lights. General Motors is facing a potential defective automotive class action lawsuit brought by GMC Sierra owners who allege the lack of headlight strength in their vehicles puts them at risk for accidents.

According to the GMC Sierra complaint, which GM argued to have dismissed earlier this year, the GMC Sierra owners are at a greater risk for crashes, have in some cases avoided driving at night and have paid out of their own pockets for brighter headlights.

The plaintiffs filed an amended complaint in April and since then more than 62 new complaints have been filed with the National Highway Traffic Safety Administration concerning the Sierras. The new complaint states that the volume of the complaints as well as technical bulletins issued by GM, reflects the fact that the automaker is aware of the defective head lights and does nothing.

“This is not a case about speculative future harm or a product defect that has not yet manifested,” the vehicle owners assert. “The inadequate headlights and the dangers associated with them are causing problems right now.”

The lawsuit was brought by Armando Becerra and Guillermo Ruelas brought in October 2015, alleging GM has long known that the 2014 and 2015 GMC Sierra 1500, and the 2015 GMC Sierra 2500HD and 3500HD, have headlights that are not sufficient for their purpose.

Check Your Pay Check! It’s all about the workers this week, particularly in California. A $3 million settlement was agreed between CVS Pharmacy Inc. and store employees this week. The employees claimed they were provided inaccurate itemized wage statements in violation of California labor law.

Brought by Willie Brown, in September 2015, the complaint alleged the health care retailer failed to list the correct amount of total hours worked by its employees in their wage statements by incorrectly including shift differential pay hours. The suit alleged CVS violated California Labor Code.

The CVS settlement, which is awaiting court approval, will cover some 7,784 potential class members who, as store employees, received a shift differential pay on a wage statement between Sept. 29, 2014, and Sept. 1, 2016.

CVS, while denying any wrongdoing, has agreed to change its policy around itemized wage statements to reflect only the regular number of total hours worked.

The case is Willie Brown v. CVS et al., case number 2:15-cv-07631 in the U.S. District Court of the Central District of California.

Ulta to Pay Up for Bag Checks. Ulta Salon Cosmetics & Fragrance, Inc., also got hit with a preliminary unpaid wages and overtime settlement this week – to the tune of $2.7 million settlement.

The complaint was brought by story employees in California who claimed the company failed to pay them for the time it took to do required bag checks at the end of employee shifts.

The complaint was filed by former Ulta employee Sarah Moore in March 2012 on behalf of a proposed class of non-exempt Ulta employees. It alleged they were subject to required bag checks anytime they had to leave the store for a rest break, meal break or at the end of a shift. The proposed settlement includes an estimated 8,250 store employees who were considered non-exempt workers at the salon and beauty products, which operates about 69 stores in California. They would have worked at the chain from March 2, 2008, to the date the court grants preliminary approval or January 27, 2017, whichever date comes sooner.

If approved, the Ulta settlement would resolve claims brought under the California Labor Code that Ulta failed to pay overtime, compensate for all hours worked, pay wages due upon discharge or provide required meal or rest breaks to workers due to the mandatory exit inspections, also referred to as bag checks and donning and doffing.

This settlement follows a $3.65 million preliminary class action settlement reached earlier this year, between Ulta and about 230 store managers in California, who alleged they were misclassified as being ineligible for overtime.